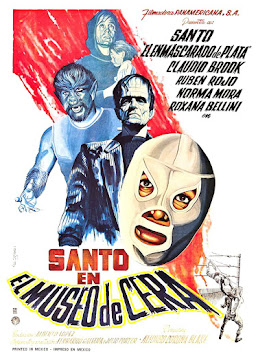 I once heard Santo described as a mix between Batman and Hulk Hogan. It's an accurate description: he's a masked crime fighter with a sweet forensics lab that has all the latest gadgets, but he's also a wrestling warrior of the squared circle who defeats his opponents with strength and agility.

El Santo is really Rodolfo Guzman Huerta, a massive figure in wrestling who is credited with helping to make the sport a huge success in Mexico during the 1940s and 1950s. He never removed his silver mask, which became his trademark for decades. As a larger-than-life persona, he was the logical choice for a comic book series that lasted decades, and it seems inevitable that the motion picture industry would come calling. Not willing to walk away from his legendary wrestling career, he decided to appear in movies AND to continue to wrestle. 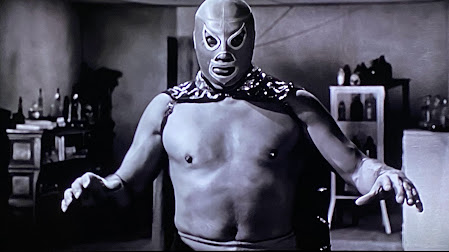 Santo would ultimately hang up his silver mask in 1982 and walk away from both the ring and the silver screen, but not without leaving an indelible mark on both. Between 1958 and 1982, Santo appeared in 52 feature films. All of them fit squarely into the genre entertainment category, with the masked hero facing off against monsters, supernatural villains, dastardly criminals, and mystical creatures. This is the stuff that Saturdays were made for!

1963's Santo en el museo de cera aka Santo in the Wax Museum pits our saintly protagonist against an evil scientist who operates a wax museum. Deep within the basement of this dark musuem is a frightening exhibit that features Frankenstein's monster, The Phantom of the Opera, and a weird mix of half-human, half-animal abominations. Even more frightening, these wax figures appear to be human beings under makeup. Our fears are confirmed when they come to life later in the picture. When people start to disappear in and around the museum, the authorities call Santo, the hero of the people. 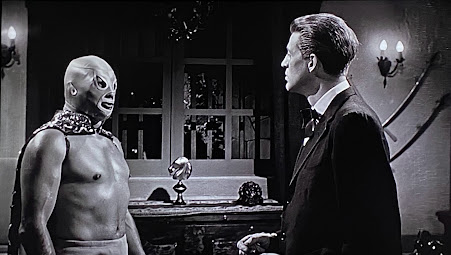 With his state-of-the-art tools and his sweet convertible, Santo is ready, willing, and able to solve this mystery, but his first priority is victory in the wrestling ring! This movie features an astounding THREE complete wrestling matches to showcase El Santo's physical prowess. He wrestles heels (bad guys) who don't fight fair, but Santo is honorable, never overcome by their cheating ways. The El Santo movies predate 1966's Batman television series, but I can't help but wonder if the producers of the Adam West series were modeling at least part of their show on these adventures from south of the American border.

This particular film has an interesting history, as it was one of a handful of films that savvy exploitation producer K. Gordon Murray imported to the U.S. and gave a proper English dub. Murray is the person who also brought the Mexican movie Santa Claus to America, and with the thrills and chills of Santo mostly serving as family-safe fare, we owe him a debt of gratitude for being attuned to the interests of the public and helping to introduce the folk hero to a whole new audience. 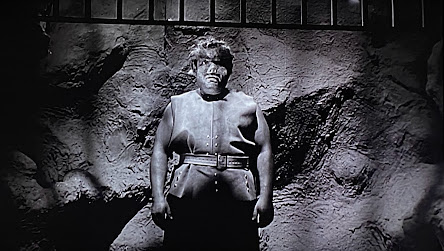 Santo in the Wax Museum is part of VCI Entertainment's Santo: El Enmascarado de Plata box set, which collects 8 El Santo pictures on 4 Blu-rays with a wealth of special features. Technically speaking, Santo in the Wax Museum represents a mixed bag in terms of picture quality. The source print bears a lot of visible damage with consistent scratches on the right side of the screen for the entire film. There also appears to be heavy use of digital noise reduction techniques, resulting in a transfer that isn't particularly filmic in nature; grain is waxy and sometimes static.

However, these Mexican films have been out of circulation for decades and were on the verge of being lost forever. I have no idea what condition the source elements were in prior to restoration, and the new transfer is certainly quite watchable. I'm old enough to have spent years of my life watching battered prints sourced from 16mm TV masters that were dark and muddy. Until now, that's exactly how Santo in the Wax Museum has looked: dark and muddy. The new restoration is a huge step forward in terms of quality and clarity. Certainly not perfection, but definitely the best the movie has ever looked since it left theaters almost 60 years ago. 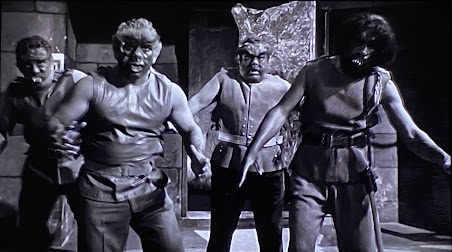 We now arrive at the most controversial and questioned aspect of this release. This is a Mexican movie that was shot with Spanish audio, and yet no Spanish language track is included. Instead, we have the original English dub created by K. Gordon Murray for U.S. audiences. For later entries that don't have a vintage English dub, VCI has commissioned new English tracks with voice actors that feel ostentatious and almost like parody, lending a Mystery Science Theater 3000 quality to the movies that feels ironic. No info is currently available on why none of the films have the original Spanish language track. Thankfully, because the K. Gordon Murray dub is presented on Santo in the Wax Museum, it feels vintage enough to blend in. The synchronization is excellent. While this is not the ideal way to watch these films, given the alternative (not seeing them at all), I'll take what I can get.

Each of the eight films features an introduction by Mexican film expert Dr. David Wilt, who gives us wonderful context and behind-the-scenes information on these elusive movies and their place in history. The Blu-ray package also contains what may be the last interview with Rene Cardona III, a third-generation film director with connections to the Santo series. A video essay about the history of the Santo films, conducted by Dr. David Wilt, is also included, as are photo and poster galleries, and a booklet on the films themselves, written in both English and Spanish. 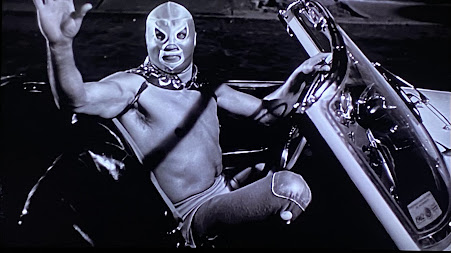 This is just the beginning of our foray into the wild and wonderful worlds of the Santo franchise and it's a strong start. Santo in the Wax Museum is great fun for viewers who hold an affinity for old Universal monster movies, poverty row thrills, and mid-century kitsch. The creatures are creepy, the action is exciting, and the truly bizarre nature of the premise is a welcome antidote to today's hyper-serious screen heroes who pose and smolder like fashion models. Santo is the real deal: a scarred, battle-tested warrior and a bonafide movie star who didn't need to pretend because he was the authentic article. Case in point: after a huge battle with the bad guys (in which he suplexes a foe onto bare concrete), he climbs into his convertible car, waves a farewell to the cops, and drives into the night. Thank you, Santo, We'll see you again soon!