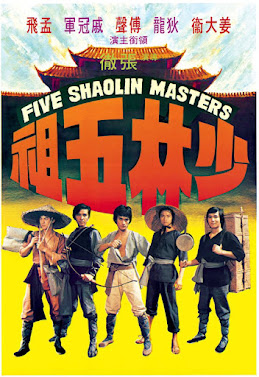 When their temple is destroyed by bad guys, five martial arts students find themselves homeless and hunted. Individually, they are no match for their foes; but if they each can train themselves in specialized techniques, they can come together to defeat their enemies as Five Shaolin Masters!

Functioning as sort of a "super group" movie, this 1974 Shaw Brothers entry into the Shaolin cycle is a lot of fun. It brings together five individual stars under one project: David Chiang, Ti Lung, Alexander Fu Sheng, Chi Kuan-chun, and Meng Fei. Each of these actors was a capable lead performer on their own, but together they function as a martial arts version of The Avengers. Future Shaw Brothers movies would further improve on this concept. 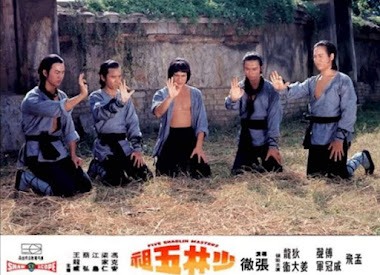 The Shaolin cycle of films are very loosely based on true historical events, but in this entry, the truth is only the barest of inspirations for a story that is almost nonexistent. Five Shaolin Masters has been described as a series of fight scenes with occasional dialogue to break it up, and that's mostly accurate. Previous Chang Cheh movies feature tons of plot and character development; 1972's The Boxer From Shangtung, for example, is a 134-minute epic about hubris and the double-edged nature of power--sort of a martial arts version of Scarface. Five Shaolin Masters has none of those elements or characterization. From this point forward, Cheh's heroes would become more and more like superheroes with very little to define them outside of their unique skills and specialty moves. It's even been heavily suggested that Cheh wasn't an active participant in day-to-day filming activities and that his name on the credits was more of a stamp of approval while his fight masters took on larger behind-the-scenes roles from the shadows.

This movie is the end of an era. Chang Cheh and long-time fight choreographer Lau Kar-leung made four Shaolin films during 1974, and this is their final collaboration of that year, but also the end of their working relationship as it had existed since around 1967. Before long, Lau would transition from fight choreographer to director, and his 36th Chamber of Shaolin films would open the door to success as a filmmaker. The Shaolin cycle would continue at Shaw, but without Lau.

Five Shaolin Masters is a breezy, unchallenging movie that's gorgeously-shot in a variety of photogenic locations. One thing that sets this film apart is the fact that it takes place almost entirely outdoors. Owing to the plot device of five unique masters taking on five distinct bad guys, the action occurs in starkly-different environments: one battle occurs in a river, another atop a mountain. There's a fight in the forest and also a duel in the desert. Visually, the film is a feast, full of stylized violence and rubber reality. It's also worth noting that most of the music from the film's soundtrack is sourced from Italian cinema, lending a Spaghetti Western flair to the proceedings. 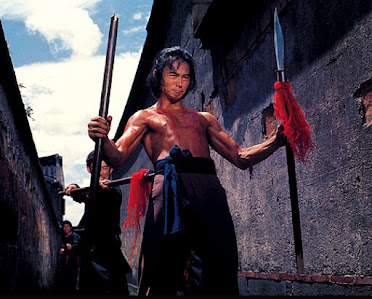 Five Shaolin Masters is included in Arrow Video's Shawscope Volume One Blu-ray box set. It comes from an earlier HD restoration conducted by Celestial Pictures between 2003 and 2007 and features Mandarin and English mono audio tracks. The film shares a disc with another film, Shaolin Temple, and special features on that disc include a lengthy (37 minutes) video interview with film expert Tony Rayns on Chang Cheh, the Shaolin cycle, and what was happening with Cheh and Shaw Brothers during this time period. Rayns is a seemingly-endless font of knowledge on all things Shaw (and Asian cinema in general) and the feature is top shelf. Next up is a 25-minute interview with Kong Do, filmed in 2005, followed by two "Elegant Trails" spotlights on Ti Lung and David Chiang that run 8 and 9 minutes, respectively. The U.S. opening credits are included--sourced from a battered print--as well as U.S., German, and reissue trailers.

Taken on its own, Five Shaolin Masters is a fun, almost-cartoonish martial arts spectacle film. In the larger cannon of Shaw Brothers movies, it's a precursor to much bigger successes (the Venoms are coming!) while also marking its director's shift away from a focus on characters and toward more stylized action and storytelling.