1988's My Stepmother is an Alien is a very strange movie that could only have been made in the 1980s. Part lusty sex comedy, part sincere family tale, it never really figures out what it wants to be. Its greatest success, and the reason to view the movie all these years later, is for the powerhouse performance from Kim Basinger. Coming just two years after her steamy, career-making turn in 9 1/2 Weeks, this movie takes a pretty big risk on Basinger, who must not only look stunning, but also be funny. Her comedic skills were not a known quantity in 1988, but lucky for us, she's hilarious. Playing up the fish-out-of-water (or alien-out-of-space) theme perfectly, Basinger soars as an intergalactic being who must convince a physicist to share his research with her so she can save her cosmic home. As she mingles at parties and tries to fit in with customs that are totally new to her, she's discovering everything for the first time with wonder and confusion. The 1990s sitcom 3rd Rock from the Sun would mine the same comedic goldmine, but one has to wonder how influential Basinger's turn was on everything that came afterward. 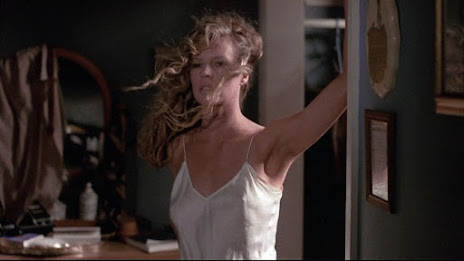 Unfortunately, Basinger showcase aside, the movie doesn't quite come together like it should. I've read that this film has as many as ten screenwriters (most of them uncredited) and had been floating around Hollywood since at least 1981, when it was much more of a horror movie than a comedy. Dan Aykroyd is here, four years after Ghostbusters, but why cast him as the lovable-but-oafish everyman dad when the Saturday Night Live alumni built his reputation on comedy? In this film, he's the straight man to Basinger's over-the-top performance and feels miscast. Similarly, Alyson Hannigan (American Pie) makes her debut as Aykroyd's 13-year-old daughter who must wrestle with the revelation that this woman wooing her dad eats batteries and has super powers. At times, the father/daughter relationship seems really warm and fun, but the horror/thriller roots keep poking through all the fun as nobody really believes her when she shares her suspicions, bringing drama instead of comedy. The movie does things that make no sense, and characters can behave completely differently from scene to scene. I also have to mention the movie's inexplicable obsession with silver screen comedian Jimmy Durante. The Durante references are numerous, with two entire musical numbers featured in the film--one courtesy of Durante himself via Aykroyd's VHS collection, and another from Aykroyd and Basinger, who channel the vaudeville icon. Post credits, it's Durante who bids us farewell! Odd. Cool, but odd. 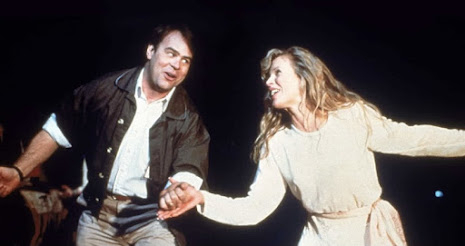 At least it's beautiful to look at. The film is slick, and the numerous special effects shots from legendary FX guru John Dykstra hold up even by today's standards. All of the $19 million budget mostly ends up on screen (the movie would fail to earn its budget back in theaters, grossing less than 14 million upon its release). Pop culture aficionados will also enjoy seeing early performances from Juliette Lewis, a tiny Seth Green (Hannigan and Green would play romantic interests a decade later on TV's Buffy the Vampire Slayer as Willow and Oz), and an early film role for another SNL cast member, Jon Lovitz (The Critic). Keen-eared listeners will recognize the voice of Harry Shearer, who literally phones in as Carl Sagan. This is also the final screen appearance as Ann Prentiss, sister of Paula Prentiss, who was married to this film's director, Richard Benjamin. Ann Prentiss would end up in jail for assault, where she would attempt to hire someone to kill Richard Benjamin and her own father. But that bizarre story is a tale for another time... 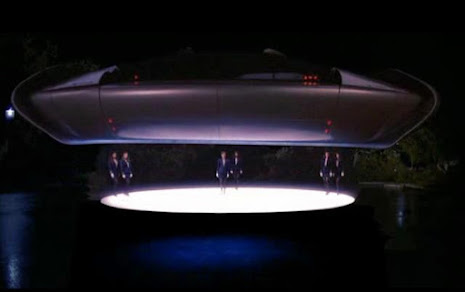 Arrow Video has given the film a brand new 2K scan from the original camera negative, and the end result is appropriately gorgeous. The disc also includes a commentary by critic Bryan Reesman as well as a new Ballyhoo-produced conversation with director Richard Benjamin, who discusses the origins of the screenplay, the unconventional way it was presented to him, and how blatantly sexy the film is, noting that he's not sure that a PG-13 film today would be allowed to include so much skin and adult themes. The interview runs about 14 minutes. Also included is a 20-page booklet that includes an essay by Amanda Reyes titled "A Family That is Out of This World: The Changing Face of Family in My Stepmother is an Alien," which details how movies like this one, Three Men and a Baby, Pretty in Pink, and She's Out of This World were presenting new family dynamics like divorce, alcoholism, etc. There's a reversible art wrap for this loaded Blu-ray release, as well. 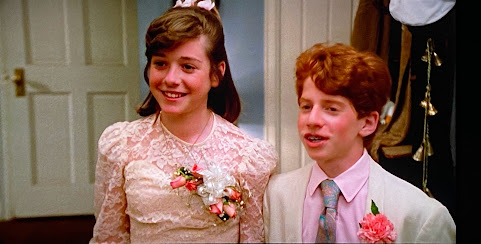 My Stepmother is An Alien is a mostly-generic eighties family comedy that's made memorable by a heaping dose of sex appeal, courtesy of Kim Basinger, who delivers one of her most memorable performances by fully embracing her comedy instincts, which are excellent. Seriously, Kim Basinger's Jimmy Durante impression from this film is one of the best things ever, and comes completely out of the blue. "Ha-cha-cha-cha!" Fans of this video store staple will find much to love about the new Blu-ray release from Arrow Video, which provides an appropriately-attractive package that's hard to resist.