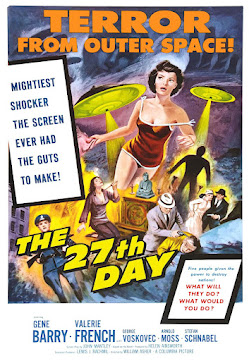 What would you do if you were given the key to total human extinction? That's the question posed by The 27th Day, a 1957 sci-fi movie from Columbia Pictures. Five strangers from different regions of the world are zapped aboard a space ship where an alien (who calls himself..."The Alien") tells them that his race needs a new planet to inhabit because their sun is about to explode. They have set their sights upon Earth, but their code forbids violence, so they have devised an alternative. Each of the five abductees are given a small box containing three battery-sized cylinders and each cylinder hold the power to destroy all human life in a 3,000 mile radius. 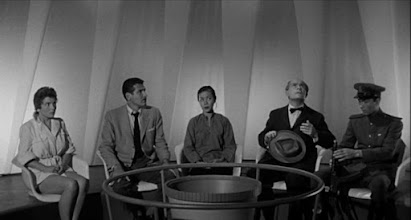 There are a few caveats: each box is mentally attuned to its keeper and can only be opened by that chosen individual; if the owner of the box dies, the weapons within are rendered useless. Next, the weapon's destruction will not affect plant or animal life, only human, meaning enemies can be destroyed with no impact on ecological systems. The aliens do, after all, need a new livable home. Finally, the power must be used within 27 days. After the 27th day, either humans die or the alien race does. The implication of this experiment is clear: humanity is distrustful and war-like, and The Alien and his brethren believe that humanity could destroy themselves. 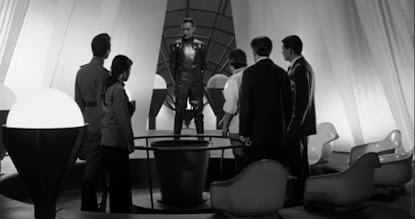 The five are then returned to Earth, and what follows is a tightly-paced observation on human behavior with more than a few surprises as each deals with the impact of their burden in different ways. The Alien makes things much more complicated when he appears on every television worldwide and tells the entire Earth exactly what has been done and then he lists the names of the five people who hold total destructive power. Immediately, suspicion and panic erupts with an all-out manhunt for the fated five. One of our beleaguered hunted is a heroic American reporter (Gene Barry, 1953's War of the Worlds) who teams with another of the chosen quintet, an Englishwoman (Valerie French, The Garment Jungle). Together they hide out and try to figure out what their next step should be. After all, the fate of the human race literally rests in the palm of their hands. 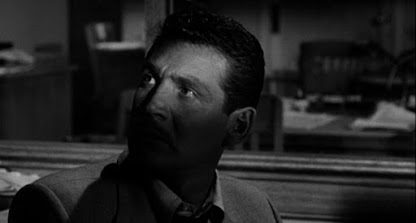 The movie does not go for low-hanging fruit and has a very intelligent screenplay that finds the characters doing things that we ourselves might do. It would be easy to have them go power mad and for this whole cosmic experiment to be some sort if ham-fisted morality test, but it isn't, at least not in the way that it would be in the hands of other filmmakers. This competency and rationality separates The 27th Day from traditional fifties sci-fi movies by paying more as much attention to what unites us as to what divides us, and in 1950s America, quite a bit divided us. Made during The Cold War, one of our five leads is a Soviet soldier and another is a German physicist. Who will be the first to use their weapons to attack? With several global powers now armed with the most devastating force in existence, who can be trusted? Gene Barry delivers this timeless line which speaks to the distrust of the era: "People hate because they fear, and they fear anything they don't understand...which is almost everything." 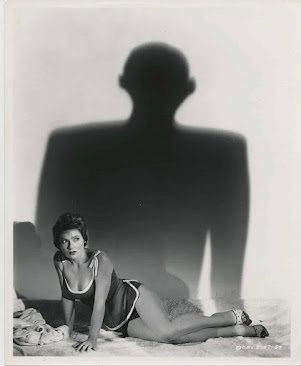 This great dialogue comes from a screenplay co-written by John Mantley, who is adapting his own 1956 novel here with an uncredited assist from Robert M. Fresco. The tale is grounded, literally, and takes place almost entirely on Earth with only a single shot of a spaceship in flight, which is taken from a previous Columbia sci-fi picture, 1956's Earth vs. The Flying Saucers. Like all great science fiction, the premise is a mirror by which we can view ourselves and is less interested in cosmic chills than in exploring our own flaws and aspirations. It feels like a major influence on Gene Roddenberry, who would explore similar science fiction themes in Star Trek. 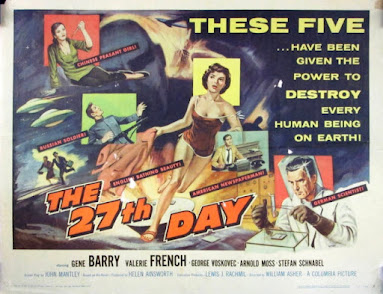 The movie is directed by William Asher, a major player in the history of television who directed over 100 episodes of I Love Lucy--over half the series! He was married to Elizabeth Montgomery from 1963-1972 and also directed his wife for the majority of the episodes of Bewitched during its 8-season run. Asher's helming of The 27th Day immediately followed the final season of I Love Lucy and is a brief big-screen pit stop before his next TV directing gigs, which would keep him busy for the next six years. He wouldn't return to movies again until 1963, when he broke away to work on the Beach Party franchise for American International Pictures.

There is currently no Blu-ray disc for the 27th Day, but a very nice transfer of the film is available on Mill Creek Entertainment's Vintage Sci-Fi 6-Movie Collection, which also includes The Night The World Exploded, 12 to the Moon, and Valley of the Dragons. 1957 was an incredible year for science fiction in cinemas and The 27th Day is one of the era's more thoughtful and compelling entries.