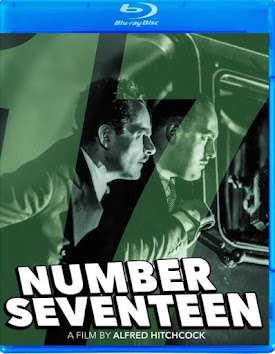 Following immediately on the heels of 1931's Rich and Strange, Hitchcock's Number Seventeen (1932) is an altogether different beast than its predecessor. Based on a play (which was based on a book), the story is mostly a comedic mystery that takes place in an empty house. The first half of the movie brings together a group of unidentified characters, who have converged upon the central location of the story for reasons that reveal themselves as the story unfolds. We have an inspector, a jewel thief, a hobo, a deaf mute, a corpse and the corpse's daughter, with performances by John Stuart, Ann Grey, Leon M. Lion, and several other British character actors of the early 1930s. Putting together the who, what, when, where, and why is most of the fun of the film. 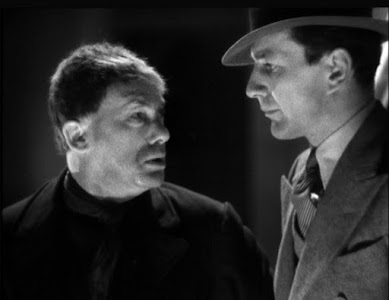 The rest of the fun comes during the latter half of the movie, which is essentially one massive chase sequence set on and around a train. Using a series of elaborate miniatures, Hitchcock stages a huge action scene involving automobiles and a bus, the train, and even a ferry boat. Aside from the extensive model work, the practical train set itself is very impressive, and used to great effect as our characters chase each other on top (and within) the freight cars as the train speeds to its fate. It's an early example of Hitchcock successfully directing non-stop action with intensity and momentum. 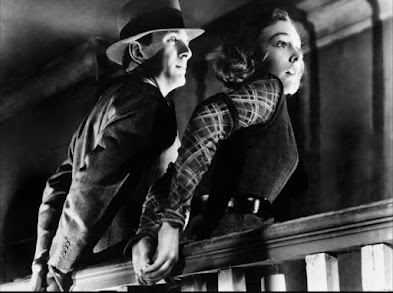 Hitchcock doesn't really consider Number Seventeen to be a "Hitchcock movie" since it was presented to him by the studio so he could practice his craft and was not a passion project that he conceived himself, and the new Kino Lorber Blu-ray, which is sourced from a 4K master from the BFI, helps to contextualize this film in the director's oeuvre. In an included five minute audio excerpt from a mid-sixties conversation with Francois Truffaut, he describes the film as disastrous and discusses how it taught him to not accept projects that he didn't believe in, and that if he couldn't see the bones of a story like the framework of a building, he should pass on the project. He also gleefully recounts a fantastic story about cats for a scene in the movie that was such a mess that it couldn't be included, and the tale is delivered with giddy giggles by the maestro of the macabre. In addition to the Truffaut interview, a commentary by critic Peter Tonguette is included. We also have a brief introduction by Noël Simsolo, and a 54-minute documentary from 2004, Hitchcock: The Early Years which is in French and appears to possibly have its origins in television.  Number Seventeen comes recommended for Hitchcock aficionados and film fans eager to see the evolution of one of cinema's largest personalities.