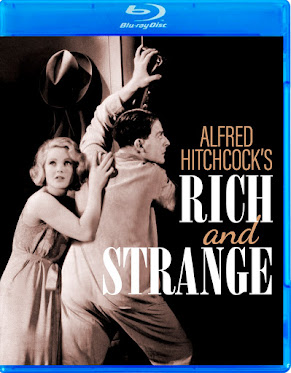 Years before he made box office smashes with A-list talent and became a household name as "the master of suspense," Alfred Hitchcock was a young English director cutting his creative teeth and finding his way in silent film and early talkies.

1931's Rich and Strange, alternately known in the U.S. as East of Shanghai, starts as a quirky romantic comedy: Fred (Henry Kendall) and Emily (Joan Berry) are a young married couple who are struggling to make ends meet. Fred is restless and self-pitying, while Emily is practical, optimistic, and madly in love with her husband. When they inherit a large amount of money from a wealthy relative, Fred quits his job and they set sail to see the world on an ocean liner, where their relationship is tested when they both fall for other people. Not content for this to simply be a relationship story, it also becomes a travelogue and a Titanic-level disaster movie. It's as if Hitchcock had to fill the movie with everything people want from movies: comedy, romance, adventure, and tragedy. All of this in 83 minutes! 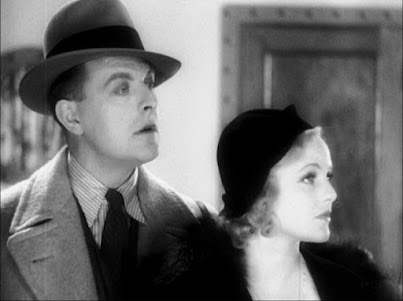 Henry Kendall plays Fred as entirely unsympathetic and selfish, and becomes a profoundly unlikeable character as the movie progresses. By contrast, Joan Berry is wonderful as a sympathetic figure who wants to stand by her husband, but is unfulfilled by him. Berry gives an exceptional performance and seems truly heartbroken in many of her scenes, which makes it all the more surprising for me to learn that Hitchcock didn't really care for the actress or her performance. In a long tradition of Hitchcock blondes, Barry is one of the better actresses, but the chemistry with her director apparently wasn't there. Also worth mentioning is a sultry princess (played by Betty Amann) that Fred falls head over heels for while on the journey. An astonishing amount of Amann's performance comes from her eyes, and she makes quite an impression as a dark (and dangerous) beauty. 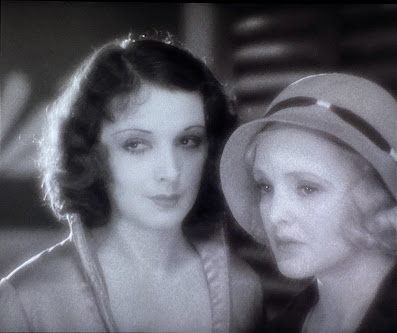 The Kino Lorber Blu-ray presents Rich and Strange with a 4K restoration from the BFI, and the image is absolutely stellar. A commentary by Troy Howarth is included, as is a 5-minute audio clip from a 1966 conversation/interview between Hitchcock and French film icon Francois Truffaut in which Hitchcock discusses his reputation as a director while this was being filmed, his casting regrets, and how the movie was at least partially informed by his own international travels with is wife, Alma Reville. There is also a brief (around four minutes) introduction from French director and historian Noël Simsolo, who discusses how this may be one of Hitchcock's most personal films.

For understandable reasons, this early era of Hitchcock is lauded and championed as much--if not more--than the director's massive successes, and it's easy to understand why. These were the years of challenge, of struggle, of innovation, when silent film gave way to sound, and when adapting to the new film world was the name of the game. This is a young director exploring his craft and finding his voice, but hints of the man he would become can be found between the frames.