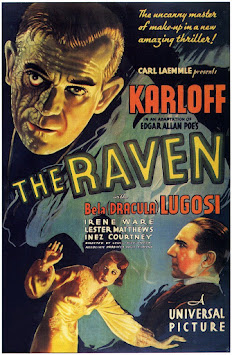 It's easy to associate Roger Corman with Edgar Allan Poe film adaptations, considering he made eight of them between 1960 and 1964. But look even further back and you'll see that Universal had found success by mining the same source material, starting with 1932's Murders in the Rue Morgue. The Poe inspiration continued with 1934's The Black Cat and culminated with 1935's The Raven, which reunites icons Bela Lugosi and Boris Karloff.

Lugosi plays Dr. Richard Vollin in the film, a lazy-but-gifted physician who is coerced into saving a young car accident victim (Irene Ware) by her father, a prominent judge (Samuel S. Hinds). Soon Vollin begins to form an unhealthy attachment to the young woman. That's not all he's obsessed with, either; he's spent countless hours and dollars to bring the elaborate instruments of torture in Poe's fiction to grizzly reality in his own home. There's a pit with a pendulum, a chamber with walls that close in and crush whomever is inside, and even a room built on an elevator, complete with trap doors. 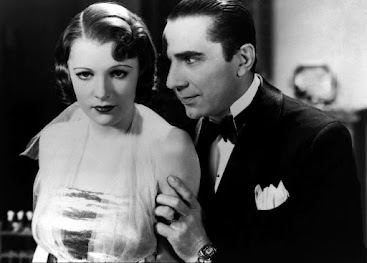 Enter Boris Karloff as Edmond Bateman, a murderer who wants the mad doctor (is there any other kind in Universal movie land?) to give him a new face so that he can avoid capture. Because Vollin is sadistic, he kindly agrees, then deliberately disfigures half of Bateman's face, rendering one eye useless and creating a gruesome visage that must have been even more unsettling in 1935. Vollin then tells Bateman that he'll fix this hideous human mask if he does his bidding to help him capture his love and bump off her old man. What could go wrong? Everything. 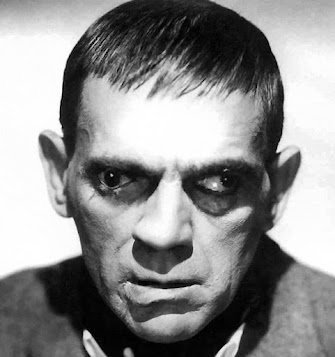 The Raven feels a bit like a transitional film. It's really Lugosi's show, as he chews scenery and bombastically quotes Poe throughout. Karloff plays to his strengths by portraying a character who is both meek and sympathetic, more a victim than a monster, though he's not afraid to get his hands dirty. With Bela's star on the decline (he was paid $5000 for the role) and Karloff's on the rise (he was paid $10,000), there aren't many other films at Universal that would give Lugosi so much freedom or power.

Karloff's makeup is fun, but it's not nearly as strong or effective as the famous Jack Pierce creature creations for films like Frankenstein or The Mummy. This might be because the Production Code had fully taken hold of Hollywood by this point and had met with director Lew Landers days before shooting began to discuss what the film could and could not include. Still, despite the obvious presence of the Code on the finished movie, The Raven is still a fun, quick little horror film that bears many of the hallmarks we associate with the Universal brand. 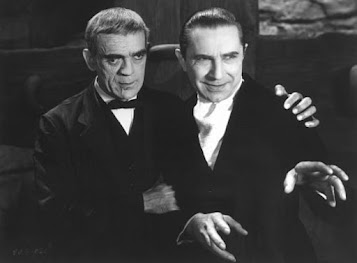 The Raven is included in Scream Factory's Universal Horror Collection: Volume 1. The package features two commentaries, the second chapter of a four-part look at Lugosi and Karloff's collaborations at Universal, and an audio recording of Lugosi reciting Edgar Allan Poe's The Tell-Tale Heart.

While not the best collaboration between its two stars (that would be The Black Cat), The Raven gives us an unhinged leading-man performance from Lugosi and yet another Karloff monster in ghastly makeup. The presence of the Production Code may have hampered some of the horror here, but it's still great to see these titans of terror in their element.