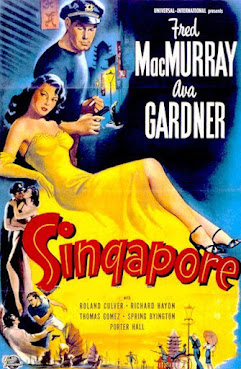 A friend of mine, Chicago film critic Patrick Bromley, is known for saying "it's black and white, so it must be good." It's mostly a joke, but there's something to it. This phrase means two things to me: first, my generation grew up in the shadow of monochrome. For our formative years, most of the "important" movies were all in black and white. Second, as we began to explore the cinema of the distant past, we discovered that there was a basic competency, efficiency, and overall magical quality to The Golden Age of Hollywood and the films made during the studio system era. The lighting, the acting, the camera angles, the music, even the distinct dialogue, delivered through transatlantic accents all work together to create something that is uniquely cinematic and altogether artificial. The sixties and seventies would do much to deliberately destroy that gauzy, otherworldly reality, but we continue to discover these antiquities with a mix of awe and fascination. Black and white movies from the earlier age of Hollywood feel completely foreign and untouchable, literally beyond criticism.

This brings me to 1947's Singapore, a Universal film starring Fred MacMurray and Ava Gardner, with support from Roland Culver and Richard Haydn. Taking a page from the Casablanca and bearing some uncanny similarities to another 1947 noir-stained romance, Out of the Past, this is a story of foreign love in a time of war. MacMurray plays a pearl smuggler who has returned to Singapore for the first time in five years. He's suspiciously greeted at the airport by local law enforcement (a stoic Haydn), who knows him well and reminds him that he'll be watching. MacMurray solemnly wanders to a familiar hotel, and a bar he knows all too well. Cue the flashback: five years ago, MacMurray hid a fortune in pearls in his hotel room. At the same time, he met and fell in love with Ava Gardner. The two were to be married, but a Japanese bombing split them up just as they were about to start their lives together. Assuming her dead, MacMurray left without his fortune and with a broken heart. Now he's back for the pearls that he left behind, but he's got to avoid the cops, who are also looking for his treasure and know why he has returned. It's there in the hotel bar where he first met his love that he spies her again, alive and well...but she's married to another man and doesn't remember him at all. 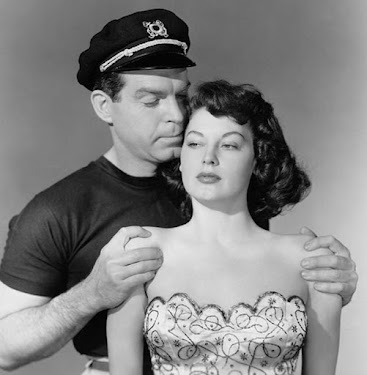 Singapore is a textbook film noir. MacMurray is a sympathetic smuggler that we can relate to; after all, why shouldn't he take those pearls? He found them, and it's not his fault that the law isn't on his side. He's just a man trying to survive in a cold, ruthless world. This is a common theme in film noir, driven by the desires of a post-war society who was exhausted and willing to bend or break the law to make life a little easier. Don't we deserve a better life, free from struggle and hardship? The film is also a beautiful romance about two people who almost lived happily ever after, but had their fairy tale ending pulled away from them by war.

MacMurray is quickly becoming one of my favorite actors of all time, but I took him for granted for so long. I grew up with My Three Sons on Nick at Nite and even with Disney's The Absent Minded Professor and The Shaggy Dog, but discovering the depth and range of his talents--from the light screwball comedies opposite leading ladies like Claudette Colbert, to the gritty noir of Double Indemnity, even his capable western work as seen in one of my favorites, Quantez--has been one of the more rewarding developments in my deepening affection for classic cinema. Ava Gardner is beautiful here and plays a strong romantic lead. There's an amnesia angle that could be (and has been) dismissed as melodramatic, but I didn't mind it at all. As is so often the case for me, I find these actors and these performances to be so much deeper and more engaging than anything I see in the current cinema scene. Part of the charm for me is that they feel suspended in time, forever captured in a place outside of reality. This movie doesn't really go to Singapore, it creates the foreign land on the Universal backlot. I think I prefer it that way. 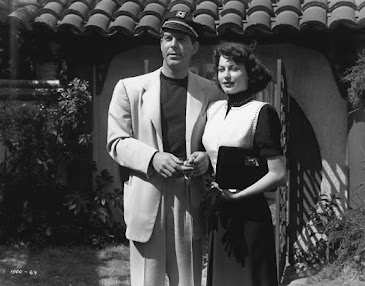 That's why I love these movies. I watch them for their unreality. I like to live in the pretend world that passes by at 24 frames per second. This brings me back to my original statement on how some movies seem to exist beyond criticism. After I've watched an old black and white movie, I like to pull out one of my many film reference books and see what past critics think of the movie and how my own opinion weighs against a review from 40, 50, or 60 years ago. Imagine my surprise when I cracked open Clive Hirschhorn's The Universal Story to read a scathing review that uses the terms "trite, far-fetched, flat" and "dull." Did we see the same movie? The New York Times equally eviscerated the film. It got me thinking about how the past is legitimized simply by enduring. Box office receipts and critical reviews make big news on opening weekend, but in ten years, things start to equalize. By 25 years, everything is viewed as "classic." Nobody remembers what failed to open big. Nobody remembers bad reviews.

A while back, someone sent me a stack of Sight and Sound magazine issues from 1961. I was shocked to see that many movies which I view as true cinematic gems received lukewarm-to-negative reviews in the publication. "Hitchcock has lost it," they say. "Psycho just isn't up to the quality of his earlier work." What would these people think of today's modern movie landscape that's dominated by Marvel movies, The Fast and the Furious, board games turned into big-screen spectacles, and $250 million CGI thrill rides? Would they change their harsher opinions and grade on a curve? I will say that Leonard Maltin, a critic that I often agree with and who is as equally addicted to the allure of the classic era as I am, had very nice things to say about the film. I suppose it all comes down to who you trust. I tend to align with opinions that have passion, joy, and who, to quote Peter Guralnick, are "looking to get lost." 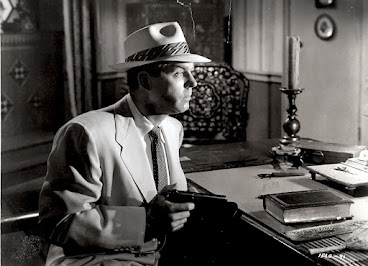 Singapore is another Universal film that is only just now making its disc debut with a new 2K scan as part of Kino Lorber's Film Noir: The Dark Side of Cinema VI, making this a real treat for cinephiles and fans of golden oldies. A new commentary track by Kat Ellinger and Lee Gambin supplements the new transfer, which has outstanding shadows, contrast, and fine grain. The moody cinematography from lensman Maury Gertsman (How to Make a Monster, The Four Skulls of Jonathan Drake, Invisible Invaders) especially shines through, as the atmosphere in film noir might as well be another character in the story. Viewers will appreciate the long shadows from window blinds and the ominous flicker from ceiling fans.  Director John Brahm is best known for his TV work, but genre fans likely love him for helming the Vincent Price scream-fest The Mad Magician as much as they do for his work on The Twilight Zone television series. Here he's directing a screenplay by  Seton I. Miller (1932's Scarface, The Adventures of Robin Hood) and Robert Thoeren (Some Like It Hot), admittedly using elements that felt "inspired" by other movies. Again, I have no idea how anyone could dismiss this movie so easily.

A decade later, Singapore would be remade as Istanbul, this time starring Errol Flynn and Cornell Borchers. The pearls would become diamonds and the ever-capable Joseph Pevney (The Midnight Story) would direct the production, which filmed on location in Turkey. Reviews would be better, but there's something pure about this mid-forties tale and the screen presence of both MacMurray and Ava Gardner. Might Universal's Istanbul show up in a future film noir box set volume from Kino Lorber? Tough to say, since it's a color film and film noir paints on a monochrome canvas. For now, perhaps it's best to appreciate Singapore for what it does so well. After all, it's black and white, so it must be good.