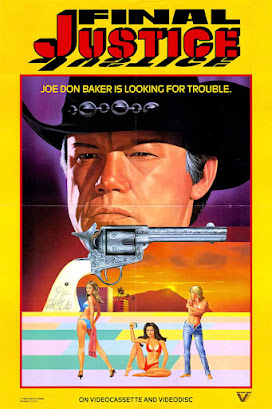 "You think you can take me? Go ahead on. It's your move."
Final Justice is a 1984 crime/action movie from low budget director Greydon Clark, the man behind such video-era delights as 1982's Wacko and 1983's Joysticks ("totally awesome video games!"). It stars Joe Don Baker as Thomas Jefferson Geronimo (great name), a Texas sheriff who chases a murderer all the way to the Mediterranean island Malta, where our villain has holed up in a massive compound that would make Tony Montana jealous. Using the fish-out-of-water storytelling device, our small town sheriff--almost always in a cowboy hat--feels like a holdover from a western as he takes on an entire criminal organization all by himself. Chuck Norris, eat your heart out. 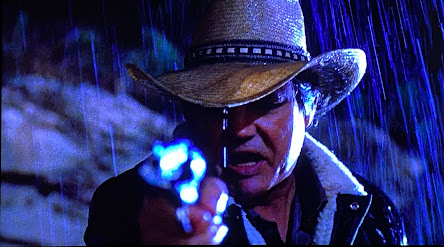 Joe Don Baker is at the very end of his leading man career here. In fact, I believe this is his final lead actor credit in a feature film. He'd still have some top-billed parts on television, but he would slip further and further down the call sheet as character actor parts replaced starring roles. Baker had become a household name as sheriff Buford Pusser in the drive-in classic Walking Tall in 1973, and spent the rest of the seventies playing good ol' boys and hell-raisers in movies like Golden Needles (1974) and Checkered Flag or Crash (1977). The ride didn't last forever, and by the early 1980s, he was middle aged, out of shape (one of the first lines of Final Justice is about his weight), and largely coasting on his reputation. It's best to watch Final Justice in the same spirit as one would watch Walker, Texas Ranger, enjoying the goofy fun of a western lawman as an urban superhero. This is Texploitation all the way. 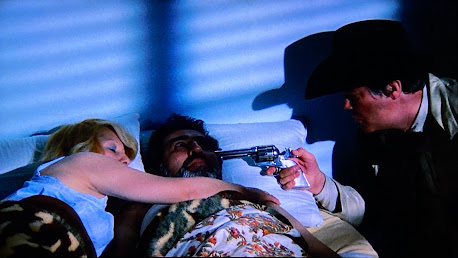 The vistas of Malta give the film a ton of international production value that had not previously been a part of Clark's work. Similarly, by casting several local actors and models, there's an exotic quality to the film that makes it stand out from the many 1980s revenge movies that would line the video store shelves throughout the decade. Final Justice feels like a spiritual cousin to Andy Sidaris' Malibu Express, which was made around the same time: plop a southern charmer with a big gun in the middle of a beautiful shooting location, fill the screen with lots of women in various states of undress, and never go too long between action scenes. 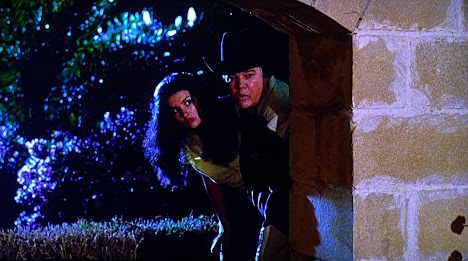 Final Justice delivers only what it promises and nothing more, but Greydon Clark's movies always have a winking charm to them that makes them lovable for what they are, rather than what they are not. Because they don't take themselves seriously, we shouldn't either. Over the course of 86 minutes, we get to watch Joe Don Baker posture and talk tough (he delivers his "go ahead on" line at least four times) , blasting bad guys and offering a cartoon version of Texas justice. 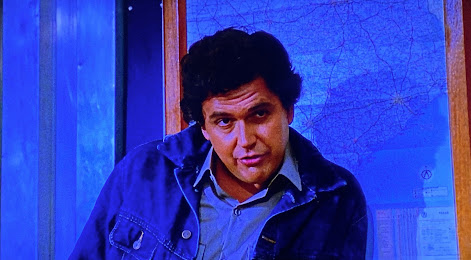 Most of  Greydon Clark's films have been hard to find in the HD era, so I'm thrilled that MVD Entertainment has added the film to their "MVD Rewind Collection" as release number 34. The film has been given a widescreen transfer for Blu-ray and is presented in its original aspect ratio of 1.78:1. As fans of the Rewind Collection are well aware, MVD loads these discs up with as many special features as possible, and the disc for Final Justice features a new commentary by the "Hack the Movies" YouTube channel team. The track is conversational, with each participant commenting on their experience with the movie, where they first saw it, and what they love about it. On the more technical side of things, disc producers Eric D. Wilkinson and Richard Schenkman have crafted a new 74 minute HD documentary feature on the making of the film with writer/producer/director Greydon Clark, editor Larry Bock, and cinematographer Nicholas Josef von Sternberg. The documentary is fascinating and thorough, covering how the production was filmed Malta, the casting process, and the unique challenges behind the scenes, all told by the people who were there. As is often the case with MVD, this documentary doesn't feel supplementary at all, and is worth the price of admission all by itself. A collectible mini-poster and sun-faded VHS-style cardboard slipcover are included in the first pressing. 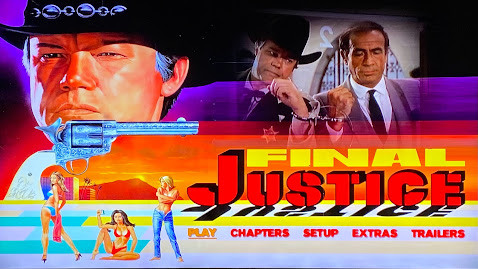 I'm absolutely thrilled that Final Justice has come to Blu-ray courtesy of the MVD Rewind Collection, a range of movies that are perfect for midnight showings or Sunday afternoon couch viewing. Having this VHS staple in HD with the exceptional bonus materials is more than I ever would have dared to hope for, and yet here it is. I'll be keeping my fingers crossed that more of Greydon Clark's catalog finds its way to HD in the near future. Final Justice may not be "good" by critical standards, but it's a blast for those who enjoy seeing justice served up southern fried with a side of cheese. Go ahead on, it's your move.
1984 1985 Eric D. Wilkinson Final Justice Greydon Clark Joe Don Baker Josef von Sternberg Malta MVD Entertainment MVD Rewind Richard Schenkman VHS