Showing posts from May, 2020
Show all

Bitmap Books has just released a stunning visual compendium focusing on the Atari 2600 and 7800! Featuring over 500 pages of interviews, retrospectives, in-game pixel art, box art, and history as told by the people who were there, this book is poised to become one of the definitive resources of the Atari Age. Please don't just take our word for it: check out the video and see for yourself! Have you played Atari today? Bitmapbooks.co.uk
2 comments
Read more 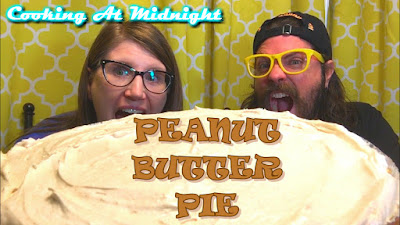 Time to tackle one of Heath's favorites! In this Cooking At Midnight episode from our Patreon-exclusive series, we make Peanut Butter Pie! It's super-easy, but a really delicious and cool treat for the warmer months. This is one of the wildest videos we've posted to date. Bon Apetit! *Note: Approximately 30 seconds of this video is affected by an electronic buzzing feedback noise. Hopefully it doesn't distract you too much from our recipe!
Post a Comment
Read more

Al Adamson has arrived! Tune in for our unboxing and complete movie-by-movie walkthrough of Al Adamson: The Masterpiece Collection from Severin Films. At a whopping 32 feature films on 14 Blu-rays, this is one of (if not the ultimate!) B-movie collections dedicated to a single director ever to be released. Horror, exploitation, gritty action, biker gangs, and even westerns, it's all here in one massive Blu-ray box set! Purchase Al Adamson: The Masterpiece Collection here: Severin Films Amazon DiabolikDVD Target DeepDiscount
Post a Comment
Read more

Blue Underground’s very first two 4K UHD releases have arrived and Cereal At Midnight has your FULL, hands-on review of the FULL HD transfers as well as a complete breakdown of everything included! Plus, we explain why these releases are BIG NEWS for both the horror community and for the physical media market! Order Zombie 4K Order Maniac 4K
Post a Comment
Read more

Welcome to the very first chapter of Serials At Midnight, a new series where we'll spotlight the movie serials that paved the way for our modern entertainment blockbusters! In the inaugural chapter, we discuss Superman and the 1948 Columbia cliffhanger that was the very first live-action, big-screen adventure of the Man of Steel!
Post a Comment
Read more

ClassicFlix is a label to watch! In our first spotlight video to focus on the company, we discuss how they're restoring and preserving movies, shorts, and television shows from the Golden Age of Hollywood and keeping titles that might otherwise fall through the cracks at the forefront. Tune in for an item-by-item tour through our growing ClassicFlix collection, and find out why we're all in on collecting their entire library! ClassicFlix.com ClassicFlix Sale Haul Secret Agent Matt Helm: Better Than Bond?!
Post a Comment
Read more

Midnight Music: "A Cowboy's Work Is Never Done" by Sonny and Cher

1971's "A Cowboy's Work Is Never Done" is a spaghetti western anthem in need of a movie. With banjo, brass, and a wah-wah guitar that's feels straight from the Spanish deserts by way of Italy, it's so evocative of a certain kind of movie that it becomes impossible to distinguish where art and influence meet. The song also features cunning and suggestive lyrics that serve as a nice counter-point to the wholesome image the duo were projecting each week in their variety show. From the album All I Ever Need is You , which has still not been released in its entirety on CD, this song is so evocative, so well-produced by Snuff Garrett (who specialized in country hits), it's hard not to love.
Post a Comment
Read more 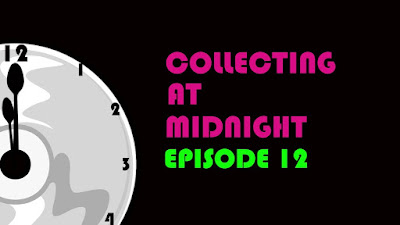 Is the latest installment of Collecting At Midnight the most eclectic yet? In this edition, we discuss a few 4K UHD pick-ups, Hamilton Book scores, and a whole cargo truck full of serials and low budget movies from Poverty Row! Throw in our usual music and book deep cuts, and you've got assortment of awesomeness! Oh, and did we mention the Bond movie that never made it to screen? Unlock this video by supporting Cereal At Midnight at five dollars or more, and you'll also unlock the entire Collecting At Midnight series, collection tours, behind-the-scenes videos, and exclusive audio commentaries that can only be heard on Patreon. For more details, visit patreon.com/cerealatmidnight!
Post a Comment
Read more

Sonic the Hedgehog speeds onto disc with the debut of the new 4K/Blu-ray/Digital combo! Cereal At Midnight was there when Sonic debuted in movie theaters, and we're here when he arrives on home video with our full, hands-on review of the new 4K transfer as well as all the special features!
Post a Comment
Read more

Let's announce the winners of our Horror Blu-ray contest! Thanks to everyone who entered, and stay tuned for our next contest, which will be coming soon!
Post a Comment
Read more

Gunsmoke: The Complete Series has arrived on DVD! At 143 discs, is this the biggest DVD set to have ever been released? We have the answer, as well a complete hands-on look at the mammoth package that collects all 20 seasons of TV's longest running western. What does this release from Paramount and CBS DVD mean for physical media and those who support it? As it turns out, quite a bit.
Post a Comment
Read more

Donald Byrd was a jazz/funk/fusion trumpeter who played with dozens of other greats throughout the fifties and sixties, including John Coltrane, Wes Montgomery, and Thelonius Monk. In the seventies, as a solo artist and producer, he embraced the incoming funk and disco scenes and contributed some of the hippest grooves to both genres while still being true to his own unique voice. This space-tastic track "Science Funktion," from 1976's Caricatures  album (which predates Star Wars and the sci-fi mania it spawned), is dedicated to all of you until we can next meet up for midnight bowling, laser tag, or an all-nite roller boogie. For further listening, we recommend the track " Lansana's Priestess, "as found on the new three-disc anthology Donald Byrd and the Blackbyrds: The Jazz Funk Collection , just released from Robinsongs, a division of Cherry Red Records, out of the U.K.
Post a Comment
Read more

Review-Palooza - The Dude Abides in 4K! Plus, Deep Dives and New Releases Reviewed!

It's time for another Review-Palooza! In this 70-minute episode, we shine a light on the newest releases to hit Blu-ray and explore the deepest recesses of cinema past, leaving no stone unturned!
Post a Comment
Read more

From producer David Sterling, the man behind the Camp Blood franchise, comes The Axe Grinder Collection on Blu-ray! We've got a hands-on look at the new Blu-ray set, and stick around for the surprise ending! Note: Just like most of the discs in the Camp Blood set, the discs are burned on demand. SterlingMovieFactory.com https://www.facebook.com/david.sterling.167 Our Camp Blood video review
Post a Comment
Read more

Contest announcement! Find out how you can win a horror Blu-ray from Cereal At Midnight! Check out the video for all the details. Contest ends at 11:59 pm on Tuesday, May 12. Good luck!
Post a Comment
Read more

Midnight Music: "And the Address" by Deep Purple

Darkness shrouds the land. In those mystic hours between midnight and dawn, when the quiet is so imposing that it becomes a presence in and of itself, all good people are sleeping. Even the moon slumbers, obscured by shadowy clouds which cloak the fields, valleys, and towns of the hillside below in shadowy pitch. The silence is broken. Not at once, and not by a scream, but slowly, and by a low moan. It begins distant, almost as if the wind itself were uttering lamentations. Could that be thunder? The rumble grows, slowly, imperceptibly, then louder, more clear. It becomes a roar, unmistakable, unavoidable, inevitable, and with the flash of lightning and the heat of flame, the darkness is shattered with blistering brightness as Deep Purple are released upon the face of the Earth. The first track of their first album, "And the Address" heralds the arrival of something powerful and altogether new. Before giants walked the Earth in the form of Led Zeppelin, Deep Purple cha
Post a Comment
Read more

It's time to share our pick-ups from another fantastic sale! In this episode, we talk about the Rue Morgue Midnight Movie Society sale presented by our friends at MVD Entertainment. With over 800 titles under the "midnight movie" banner included and with a whole host of labels and companies represented, there were tons of treasures to be discovered for all different tastes! Let's explore the dark corners of cinema past, shall we?
Post a Comment
Read more
More posts