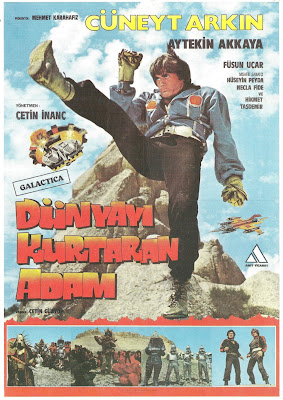 When I sat down to watch Dünyayı Kurtaran Adam (The Man Who Saves the World), lovingly known as Turkish Star Wars, the last thing I expected was to be completely entertained. Honestly, this film continues to hurl one bizarre moment after another at the viewer. It is a relentless romp of absurdity. It is cheesy to the extreme. It also takes great liberties with copyright infringements.

And, it is absolutely wonderful. 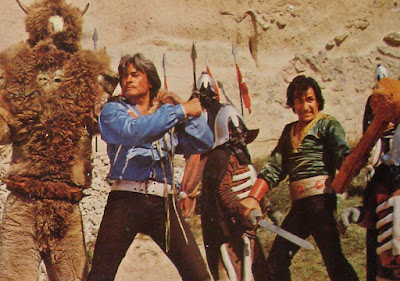 I am not sure a written description can do such a film justice. I found myself cackling like a crazed Jawa throughout the entire experience. I can only recommend that you watch it with a friend and fellow fan. It makes the experience all the more sidesplitting. This is a journey that is worth taking for the nostalgia of a different era. In 1982, Star Wars was still fresh on the mind of world culture. The movie’s original budget was around 300,000. Interestingly enough, this film’s copyright violations came about because a freak storm destroyed the sci-fi spaceship sets that were originally intended to be used. In an act of desperation and, one might argue, brilliance, director Çetin Inanç simply took Star Wars footage and used it to complete the movie. He sometimes even projected it behind the actors who sat in cockpits wearing what looks like motorcycle helmets. The actors relied on body movement to convey “reality.” This only adds to the humor. The primary actor Cüneyt Arkin stared in over 250 films in the ’80s. It was a time that Turkish cinema was thirsty for action films. Arkin’s martial arts abilities, as well as his incredible hair, filled the bill. 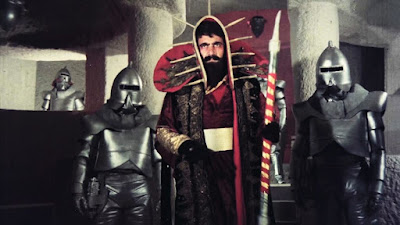 However, the charm of this film does not solely rely on Star Wars rip-offs. We have two space pilots that crash land on a desert-like planet. One of them has a whistle that no woman can resist. (Where was this device when I needed it in high school?) They embark on a journey that leads them to various locations where they fight many characters that seem to be straight from some sort of “Sesame Street from Hell” or “Muppet Show Apocalypse.” The barely recognizable plot seems to center around a wizard that is seeking a brain that he will use to circumvent Earth’s force field. Into this world, our adventures trek, and all sorts of strange mayhem ensues. Frankly, this film is worth watching for the Muppet fights and the barroom brawl with red yetis. 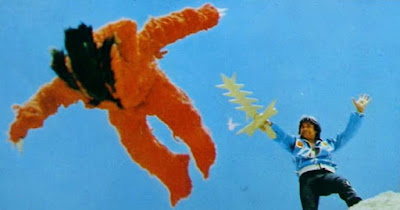 There are even musical references to Flash Gordon, Raiders of the Lost Ark, and Battlestar Galactica. Make no mistake; this is a very bad movie. However, it is not a normal bad movie because it constantly throws new things at the viewer. The Star Wars footage is but one item on the list that makes this movie worth watching. No matter what the evil wizard throws at our heroes, they persevere. They climb out of their own graves, punch rocks, or tie small boulders to their feet to combat some sort of strange gravity. In short, this is a B movie that every sci-fi fan should see at least once. It is so delightfully awful that it forges a place for itself in cinema history. It has everything one could want. 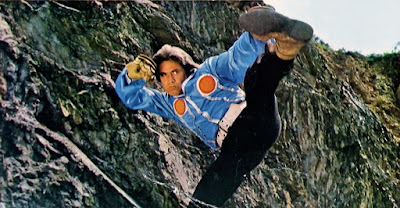 Thankfully, a Turkish projectionist held on to a copy of the film claiming it was so badly damaged that returning it to the studio was not even a plausible option. This became the sole remaining copy. After much effort, the film finally became available. It had damage and some of it had to be restored from various sources, but one hardly notices. This is a difficult film to get hold of. However, it is worth the search for many reasons. It is a piece of cinema history. It comes from a strange time and has emerged as a cult classic. It is a great example of what determination and desperation can achieve. It is a film that’s reach far exceeds its grasp. It has a martial arts hero. It has stolen Star Wars clips. It has a wizard and a crazy plot. For this, and everything else, it is worth seeking out and watching.

Not to mention…the red yetis.