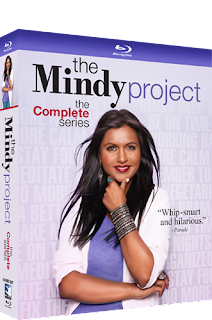 Mill Creek Entertainment has revealed that they will be bringing the complete series of The Mindy Project to DVD and Blu-ray on January 14, 2020. The Primetime-Emmy-nominated series stars Mindy Kaling (The Office), Chris Messina (Argo), Ed Weeks (The IT Crowd), Adam Palley (Iron Man 3), Ike Barinholtz (Suicide Squad), and Xosha Roquemore (The Disaster Artist) and ran for six seasons with a total of 117 episodes!

Stay tuned to Cereal At Midnight for all the breaking news on this release, including a review as soon as the series is released! Pre-order the show here: