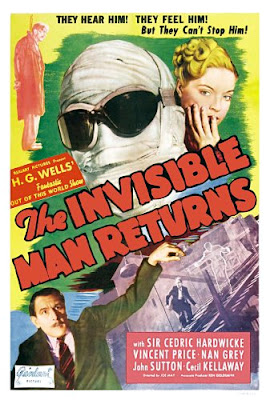 
It's hard to shake the feeling that The Invisible Man Returns belongs to a different epoch of horror film, specifically, a more elegant, refined one. The horror is there, but this tale is less Gothic or operatic in nature, not quite existing in the eerie place out of time and in between dimensions that the studio's monsters usually inhabit. Where the earlier Universal Monster movies feel dangerous and untamed, the horror films of the forties have a different, safer feeling to me. Part of this is due to the crackdown of the Hays Code, but it must also owe to changing tastes in cinema. In the 1933 film The Invisible Man, Claude Rains is absolutely mad throughout. He commits terrible acts, and there's a real sense of chaos anytime he's on screen. With this first sequel, we're introduced to a new tragic lead, Geoffrey Radcliffe, played by the incomparable Vincent Price. The distinguished star brings a very different quality to The Invisible Man Returns. 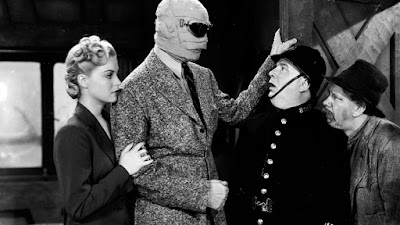 Therein may lie the difference between this movie and its predecessor. Claude Rains was a madman, and we never really see him any other way. That film is crafted to highlight the insanity of what is happening, like a carnival ride that has careened off the tracks and is now speeding through a crowd of families and innocent bystanders. By contrast, in The Invisible Man Returns, Vincent Price begins the film in control of himself. Madness follows, yes, but we're first given a baseline of evenness and calm. Furthermore, the movie has given us a crime and an imprisonment that we're called to question; we may very well be watching an innocent man do what he must to clear his name. It stands to reason that this Invisible Man is just as much as victim as anyone else caught in the action, not necessarily the victim of hubris, so we are therefore invested in his plight in a very different way than we were that of Claude Rains. 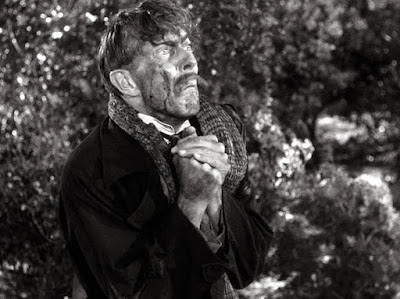 All of these elements present a welcome change from the first film. Horror sequels, even those from legendary studios like Universal, can be guilty of chasing the same thing over and over, but this movie isn't afraid to do its own thing. It's almost more of a whodunnit than a horor film, with the intrigue of an invisible man who is slowly drifting into madness playing second fiddle to the plight of a man trying to uncover the truth. Vincent Price, close to the very beginning of his career (this is his fourth IMDB credit) is fantastic. My love of Vinnie P. is well documented on Cereal At Midnight, and the actor is playing at a different level here. Where his later performances would drift into stage camp or over-the-top melodrama, he's something akin to a leading man here, youthful, handsome, and full of vitality. He plays the Invisible Man with layers, able to go from sincere and humble to maniacal and arrogant with ease, sometimes even within the same scene. This role plays to his strengths. 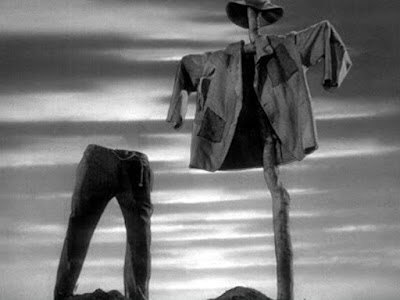 The supporting cast, as always, is excellent. Cedric Hardwicke (The Ten Commandments) plays Price's cousin, a dubious man that we're not sure can be trusted. Price's fiancee is played by the beautiful and elegant Nan Grey, who horror fans will recognize from another Universal Horror classic, Dracula's Daughter. John Sutton (1948's The Three Musketeers) is the scientist working on a cure for the invisibility. Cecil Kellaway (The Postman Always Rings Twice, Guess Who's Coming To Dinner) plays Scotland Yard Inspector Sampson, tasked with bringing in the Invisible Man. Kellaway spends the entire film with a twinkle in his eye, relishing the more outrageous elements of the story and apparently having so much fun that it becomes contagious. Last but certainly not least, Alan Napier, no less than Alfred the butler from the 1966 Batman TV series, is a drunkard who has a surprising role to play. Given that this movie was filmed 26 years before he assumed the role of the venerable caretaker of Bruce Wayne, seeing him so much younger (and drunker) is a real treat. 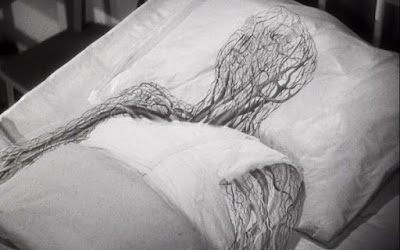 The Invisible Man Returns is the best kind of sequel: it isn't chasing the formula of the film it follows, and instead has a story all its own to tell. Without revealing too much, I'll also say that I appreciate how this movie doesn't seem intent on punishing our Invisible Man, but in serving justice to a bigger picture.This is a softer version of the horror morality tale, which further lends to the feeling that we're now in a very different era of horror film. I think The Invisible Man Returns is a great sequel, but also a great movie in its own right. The top-notch performances by Vincent Price and company, coupled with themes of redemption,justice, and mercy, make this film a fantastic entry in the legacy of the Invisible Man.