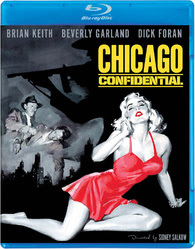 1957's Chicago Confidential is but one of many movies that purports to be "ripped from the headlines" and tackles (read: exploits) contemporary news trends in hopes of converting them into ticket sales. This B-movie formula ran rampant throughout the 1950s, with Chicago Confidential just one in a string of many low-budget films that sought success on the promise of a tell-all expose. Labor racketeering is the salacious subject here, "suggested" by a 1950 book by Jack Lait and Lee Mortimer which exposed the seedy underbelly of the famous city. 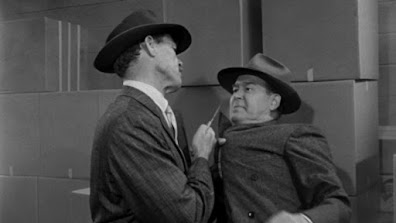 Like several other B-movie noirs of the fifties, Chicago Confidential features an authoritative, god-like narrator in an attempt to provide a sense of importance and credibility. I suspect this narration exists because the story itself cannot establish much gravitas on its own due to its low budget and by-the-numbers direction from workman director Sidney Salkow, who did much better work elsewhere (Robber's Roost with George Montgomery and The Last Man on Earth with Vincent Price, to name two). Also worth noting, this is a movie that takes place in one of the great U.S. cities, and yet features very little footage of Chicago itself and is frequently (though not entirely) set-bound. 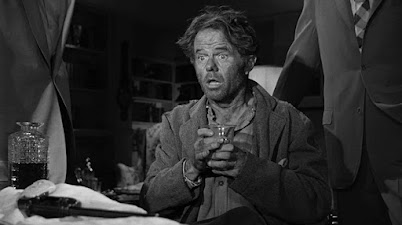 Lest one think that this is an easy skip, the real reason to watch Chicago Confidential is a stellar cast that consists of Brian Keith (The Rare Breed), Beverly Garland (The Alligator People, It Conquered the World), and Dick Foran (The Fearmakers). Character actor fans will also enjoy seeing Elisha Cook Jr. (House on Haunted Hill) as a drunk named Candymouth Duggan and former Lois Lane actress Phyllis Coates in an uncredited role. It's a shame that they don't all have a little bit more to do here. Don't get me wrong, the movie is perfectly watchable, but with so many stellar examples of film noir vying for the attention of viewers, Chicago Confidential doesn't do much to differentiate itself from the rest of the pack. The cinematography is solid, but the movie has no sense of urgency and the characters all feel flat and uninteresting. Film noir almost always taps into our own fear and guilt, but this movie doesn't seem to have much interest in that, or if it does, it fails to convey it. One of the only things that stands out here is a few scientific scenes, such as when a forensic audio analyst uses a machine to discover that two tape recordings do not feature the same person speaking. 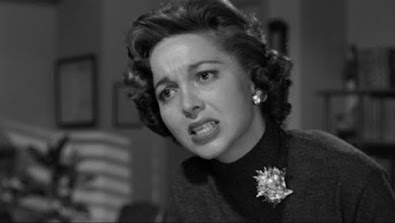 The film was made at Peerless Productions by Robert Kent for Edward Small, who is one of the bigger names of independent film production and whose career spanned half a century. It was Small who was largely responsible for the spate of "confidential" B-movies hitting theaters, a trend he had helped create back in 1951 with Kansas City Confidential, continued in 1955 with New York Confidential, and capitalized upon once again here. The finished product was sold to UA for distribution, and now makes a Blu-ray debut courtesy of Kino Lorber's Film Noir: The Dark Side of Cinema VII, a box set of three films which consists entirely of United Artists movies by way of MGM. The through-line of Volume VII is political and corporate corruption, of which this film loosely fits. Chicago Confidential is the only film in the box set to not feature a new scan or a commentary track, but the video quality is good, with nice contrast and a clear, unblemished image. 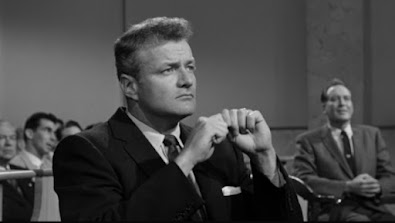 At only 75 minutes long, Chicago Confidential is certainly not a bad movie; it's just not particularly compelling, especially when compared to other, similar pictures. Frankly, it sometimes feels like a television episode of Perry Mason, not a theatrical film. The introduction of science and technology does set it aside a bit, as do some of the action scenes that take place at night. Unfortunately, this one seems to be missing the human pathos that defines the film noir style. I'm grateful the film has a Blu-ray release, but it will be of primary interest to character actor enthusiasts and is not recommended for those just beginning their exploration of film noir.