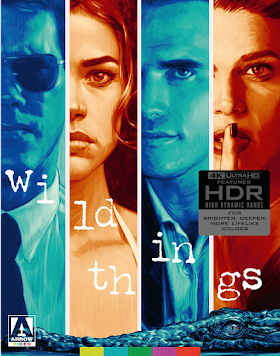 I'm not sure if Wild Things is as clever as it thinks it is, but it sure is fun. This trash masterpiece from the late 1990s feels like a Cinemax movie that's been given millions of dollars and the best resources that Hollywood can buy. Deliberately campy and full of more twists and turns than an attraction at a Florida water park, this neo-noir serves up backstabbing, deception, and eroticism with a candy coating that distracts from a convoluted plot that requires "deleted" scenes during the end credits so we can actually make sense of what we've just seen. Not that anyone minds, since they movie delivers what it promises on the poster.

This is something of an ensemble piece, with newcomer Denise Richards as our main attraction, 80s hearthrobs Matt Dillon and Kevin Bacon, post-Scream Neve Campbell (who seems out of her depth in such tawdry waters), and Bill Murray all sharing the screen. Of course, the main talking point with Wild Things is the nudity, both from Denise Richards and Kevin Bacon, but as director John McNaughton has stated, eroticism in a Hollywood movie is tricky business because it's all been done before. No matter how far you go, someone has gone much farther. His goal was to create a transgressive movie that was also a mainstream commercial product; easier said than done, but time has proven that he succeeded. With multiple sequels, countless imitators, and a dedicated cult following, Wild Things has become a brand unto itself. The film almost feels quaint now, in a world where the most graphic imagery is but a few keystrokes away, and where shows like Game of Thrones or Bridgerton pushed the boundaries of what could be shown weekly in our own homes. With a soundtrack populated by top 40 radio hits from the day (Smash Mouth, Third Eye Blind, Sugar Ray) and a score comprised of sultry guitars and jungle drums that reminds us of a predator about to pounce upon an unsuspecting victim, it's all so on-the-nose that one can't help but smile at how silly it is. 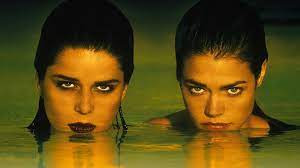 If Wild Things doesn't rise to the neo-noir heights that it aspires to, that's okay. It's endlessly watchable, and populated by interesting and uniformly-broken characters. The director's touch is also clearly visible, as are its themes and use of symbolism for those that know where to look. The picture begins in the swamps of Florida where we see a gator surface from the muck. The camera then carries us up and over the miles of Everglades marsh, to new housing constructions being built on the edge of the wilderness, and finally to the thriving, exclusive seaside community of Blue Bay where the wealthy citizens (the blue bloods of Blue Bay) are no different from the predators that hunt at the outskirts of their town. 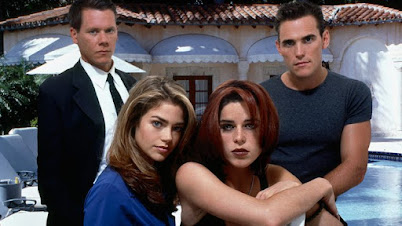 Arrow Video now brings Wild Things to Blu-ray and 4K with a selection of home media editions that are sure to appeal to the film's fans. My review copy consisted of the 4K Limited Edition, which contains the film, a square-bound book full of essays, a reversible art wrap with both the film's original poster and newly-commissioned artwork, and a foldout double-sided poster with both pieces of art. Six collectible cards are also included in the Limited Edition package. This is all housed in an attractive, sturdy side-loading box.

The package continues to shine with the on-disc features. The new 4K transfer features HDR for added color depth and is truly magnificent, bringing the 35mm footage to life in a way that is sure to please viewers.  Both the theatrical and unrated cuts of the film are included (both in 4K), though fans should note that the unrated cut doesn't feature much more skin than the theatrical cut, with most of the six added minutes being filled by plot. There are two audio commentaries: one with director John McNaughton and producer Steven A. Jones, and another in which John McNaughton and Steven A. Jones are joined by the cinematographer, the co-producer, the editor, and the composer. A new 26-minute interview with John McNaughton, shot and presented in 4K, finds the director in good humor about his film all these years later ("my film becomes funnier with age," he says, also referencing the male nude scene as "Kevin's bacon") and a 15-minute newly-shot interview with Denise Richards (also in 4K) recounts her experience as a young newcomer and how she approached the challenges of this very demanding role. The four-minute original EPK feature from 1998 is included in SD, as is a 27-second improvised line reading from Bill Murray. The trailer and a still gallery round out this stacked package (pun intended). Note: the 4K edition does not include the Blu-ray version, which is being sold separately. There are also at separate Steelbook versions of the 4K and Blu-ray editions, making this new restoration available in no fewer than four different editions. 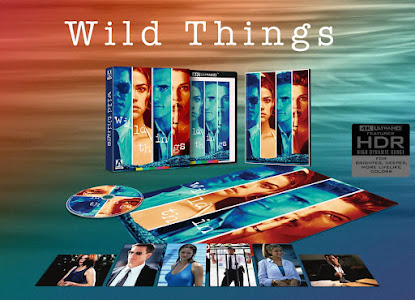 Wild Things may not be "serious cinema" for the film noir stalwarts, but it somehow succeeds perfectly at what it sets out to do, which is to entertain. Fans of the film will definitely want to add the new Arrow Video release to their shelves, which finds the film looking better than ever and loaded up with new and vintage supplements and physical goodies.