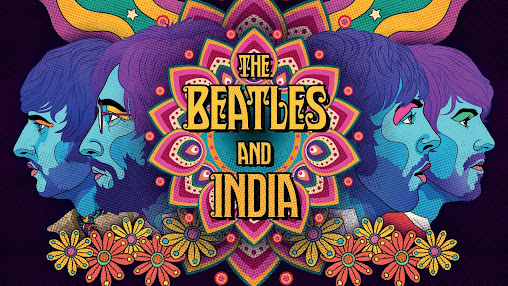 During their brief-but-prolific career as a band, The Beatles not only shaped the direction of popular music, they also had a profound impact on art, fashion, drug culture, and even spirituality. Beginning with George Harrison's newfound interest with Indian music in 1965 and culminating a few years later along the road to Rishikesh, The Beatles were instrumental in sparking curiosity in meditation and Eastern philosophy. The story of their spiritual quest has been endlessly chronicled over the decades, but never quite as thoroughly as in The Beatles and India, a new documentary that looks at this often-studied time in the history of the band from a decidedly Indian perspective.

The Beatles and India is directed by Ajoy Bose and Peter Compton, with Bose adapting his 2018 book Across the Universe: The Beatles in India for the screen. It shouldn't come as a surprise that the film features no music from The Beatles, but the Fab Four are well represented through archival interviews, press conferences, and private footage of John, Paul, George, and Ringo as they seek the inner light. 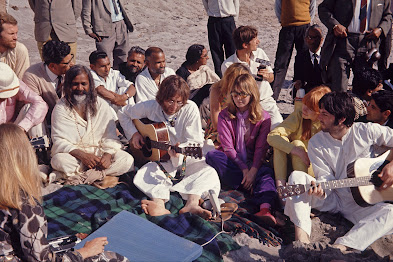 It's all here: George's infatuation with the sitar that began while filming the movie Help, his mentorship by Ravi Shankar--complete with film footage of Shankar giving private sitar lessons to "the quiet one"--the trek to Rishikesh for a lengthy retreat from fame and celebrity at the feet of the Maharishi in the secluded ashram overlooking the Ganges, the death of Brian Epstein, the origin of "Dear Prudence," the eventual disillusionment with The Maharishi, the scandal created by "Magic" Alex, the birth of The White Album, and so much more. Long-time Beatlemaniacs will be in wonderfully-familiar territory, but the difference between this project and the countless other examples of Beatles scholarship is that this film is not told solely from a Western point of view, though that's here too--including foremost Beatle Biographer Mark Lewisohn. Our directors have spoken with many of the people who were there in India at the time, including actors, spiritual leaders, musicians, even the families who worked the music stores that sold the instruments to The Fab Four. 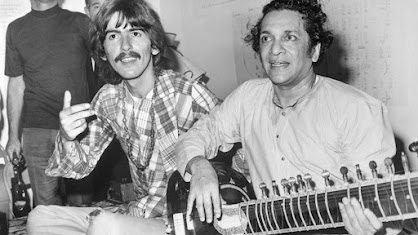 The central thesis of the film is a twist on an old concept: instead of focusing on how The Beatles influenced the rise of Indian art, music, and culture, the film focuses on how India influenced The Beatles. There's still attention given to the impact of the band on Indian culture (i.e. Beatles cover bands in India), but the majority of the film is devoted to Indian voices. Viewers will also have unprecedented access to the remote ashram where the four band members, their wives, and other stars like Mike Love, Donovan, and Mia and Prudence Farrow spent weeks of their lives meditating and playing music. Once reclaimed by the jungle, the ashram itself has been cleaned up and is now a tourist destination. By combining vintage film footage of the retreat from 1967-1968 with new video shot on location at the temple, this documentary connects the past with the present to bring the story to life more vividly than ever before. We get to visit the austere concrete buildings, ascend the stairs to the rooftops where impromptu concerts were held, and wander down to the water's edge where our pilgrims cleaned themselves. As we wander the property, we're privy to stories from those who were there. What was the mantra that was given to them by the Maharishi? Was he a charlatan who was more interested in money, fame, and flesh than the nourishment of the soul?

The Beatles and India is now available on Blu-ray and DVD. I am reviewing the Blu-ray, which mostly looks wonderful. The film draws upon all kinds of sources, from 8mm footage to public domain newsreel clips, but the newly-shot material is in HD and looks great. There are some notable special features, as well, led by an interview with the director about adapting his book for the screen and some additional interview footage that totals 21 minutes. My favorite special feature is an interactive tour of the ashram itself, labelled "Ashram Map," that shows us the schematics of the facility intercut with an actual walking tour of the location. For those of us who likely never will make the journey to India to retrace the steps of our musical heroes, this is the next best thing. A Production Photo Diary runs just over 3 minutes, and the film's trailer is also included. Beatle buffs will also want to note that a two-disc CD soundtrack to the film is also available: Disc 1 contains 19 Beatles cover songs by Indian artists while Disc 2 features the film's score, composed by Benji Merrison. 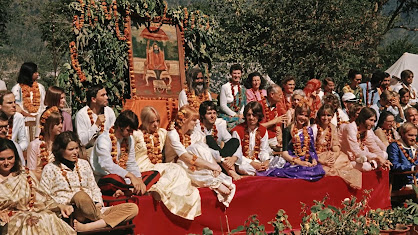 Just when you think every corner of The Beatles legacy has been explored, along comes this wonderful documentary to offer something new. Never before has the story of The Beatles and their public foray into Indian philosophy been so thoroughly explored, a new depth that is made possible by the Indian perspectives in this film. Far from being lofty, idealistic, or even intimidating, the story itself is remarkably human: Ringo with his suitcase of Heinz beans, a devotee of the Maharishi discovering that the mantra doesn't work, and George telling a fan that if they like him, they'll leave him alone. This is not hero worship, this is a deeper look at The Beatles on their quest for enlightenment and what they found...or didn't. While there is no Beatles music here (nor was any expected), this is essential viewing for fans and aficionados. Highly Recommended.