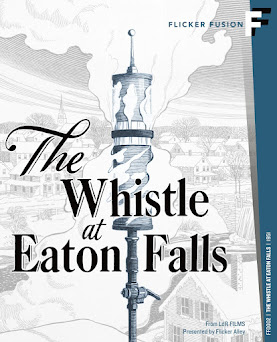 The Whistle At Eaton Falls makes me very uncomfortable. Oh, don't get me wrong, it's a wonderful movie that was considered a "lost film" for a very long time and that is only just now making its home video debut. But the film itself is so full of relatable, complicated adult problems that I found myself watching with an increased heart rate and gritted teeth. Most horror films don't affect me this way, but give me a rich, well-realized story with problems that have no easy solutions and villains that look just like those that I see in my news feed every day and you'll see me squirm.

The film was released in 1951, but it might as well have been made yesterday because the story is as relevant now as it was when it first hit cinemas over 70 years ago. Our tale takes place in a small New Hampshire town where most of the locals are employed by an industrial factory whose whistle rings out daily at exactly the same time, so reliably that the locals could set their watches by it. One day the whistle falls silent and our protagonist Brad Adams (Lloyd Bridges) goes into the office of his boss, where he's told that the economy is down and business is off, forcing the companies that the facility manufactures parts for to seek cheaper labor elsewhere. The management has two options, neither of which are ideal: lay off half the work force or close permanently. 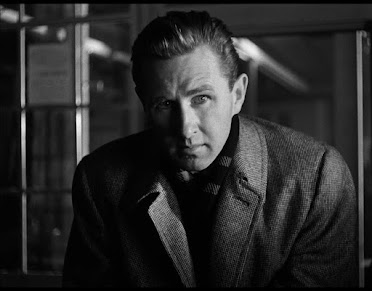 Brad Adams can't accept this and neither can his co-workers, played by Ernest Borgnine and James Westerfield, among others. After all, they've got grit, determination, and a work ethic that can't be matched. How could their livelihoods possibly be in danger when they've done nothing wrong? There's talk of a strike, and when union man Al Webster (Murray Hamilton, the mayor in Jaws) gets involved, tensions ratchet even higher. Through a series of events, Brad Adams ends up as the new boss with the approval and enthusiasm of his friends and fellow employees. He does everything he can to cut costs, innovate the manufacturing process, and keep the factory open...but it's simply not enough. Now on the other side of the desk, he realizes that the realities of progress are inevitable and that if he can't produce a miracle, he'll be the most hated man in his community while his friends starve. 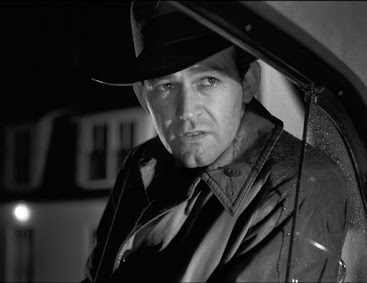 This film should be taught in economics and business classes as a study on real labor challenges. While not a noir, the story taps into the unrest of the post-War era as seemingly everything about the American way of life was changing, sometimes for the better, but sometimes with devastating consequences. Why pay a team of human employees when a single machine can do the job at a fraction of the cost? I think everyone reading this can relate and has either been personally affected by downsizing or knows someone who has. During every election cycle, prospective politicians promise prosperity, industry, and jobs for everyone, but things never seem to change. The bottom line always has the final word. The red pen speaks louder than the black. There are good people here, but there are also liars, manipulators, backstabbers, and profiteers. Unlike in film noir, bad deeds aren't always punished. In reality, sometimes the people who are best at playing all sides end up in powerful positions with large checks and a fancy title. 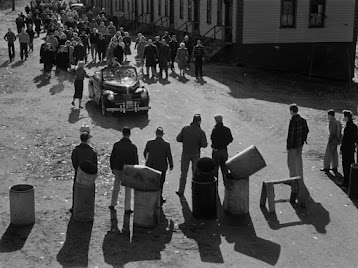 Bridges delivers a solid, believable performance as a man who is truly carrying the weight of the entire community on his shoulders. The actor had been working in film since 1935, but was still struggling for recognition and larger roles that would break him through to a larger audience, and while this movie didn't achieve that goal, it's a nice showcase of his talent. I also have nothing but praise for the other actors in the film: silent movie starlet Dorothy Gish as the widowed owner of the factory, Anne Francis and Carleton Carpenter as young lovers, and a string of character actors that old movie buffs will recognize. The film is directed by Robert Siodmak, the gifted, German-born director of the breathtaking noir classic The Killers and the chilling WWII serial killer story The Devil Strikes at Night, who beautifully realizes the fragility of this story and its people. This would be his final Hollywood picture before returning to Europe for the latter half of his career. 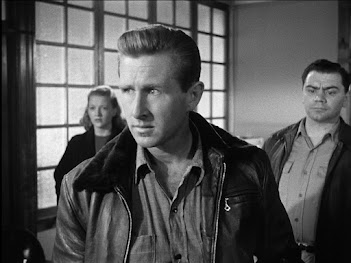 The film makes its disc debut courtesy of Flicker Alley in a stunning transfer that has undergone extensive repair via a 2K restoration through the Library of Congress. The image is absolutely gorgeous, with clearly defined grain and perfectly-balanced contrast levels. As if rescuing the film was not enough, the package is loaded with special features, starting with an informative and approachable audio commentary by author Alan K. Rode, a true giant in the field of film history and preservation. There are many revelations in this audio track that range from details about the filmmakers and cast to why this movie has been absent from the public sphere for so long. "Louis de Rochemont Remembered" is a recollection of the film's producer by his grandson. "Insights into the Restoration" shows the poor condition of the original print and the issues that have been corrected. The 1951 isolated orchestral score is presented with accompanying still images. "Carleton Carpenter Sings" presents two audio tracks from the actor/singer/songwriter who appears in the film. The theatrical trailer is included, and finally, a booklet essay presents an excerpt from Richard Koszarski's 2021 book "Keep 'em in the East": Kazan, Kubrick and the Post-War New York Film Renaissance that focuses on the creation of this film.

When it comes to classic cinema, horror and film noir seem to be the largest gateways by which most people enter. The Whistle at Eaton Falls is neither, but I hope that won't keep anyone from finding this beautiful, challenging film. Because it's been obscure for so long, many of us are discovering it for the first time and finding it to be a vital entry in the careers of both its star, Lloyd Bridges, as well as its director, Robert Siodmak. Thanks to the recent restoration and first-ever home video release, now everyone has a chance to see this timeless movie that deals with the challenges that we all face in a bold and honest way.