Are filmmakers born or created? A new Blu-ray release collecting the early short films of J.R. Bookwalter provides strong evidence for the former. Shocking Shorts spans roughly a decade in the life of the wunderkind writer/producer/director/musician, presenting newly-2K-scanned Super-8mm footage that chronicles his earliest home creations. The sum of these films when viewed together--especially with Bookwalter's new audio commentary--is greater than the individual parts. Viewed separately, the shorts are the fun experiments of a boy who loves movies; but as a whole, they offer something far more valuable: a fly-on-the-wall look at the evolution of the creative process. 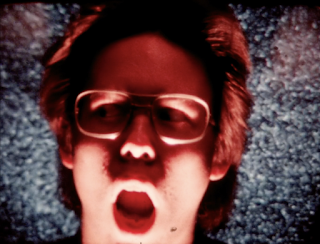 The earliest shorts were filmed in 1978 when Bookwalter was around 12 years old. Even here, the ambition is evident as he brings his Star Wars action figures to life with rudimentary (but impressive) stop-motion animation. Another early offering, a homemade take on The Incredible Shrinking Man, showcases the unbridled imagination of a burgeoning genre movie aficionado. The patience and dedication required to make these shorts would be uncommon in adults, but it's almost unheard of in children. 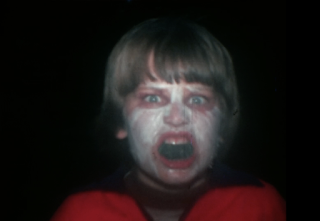 Something emerges as the shorts play out and we watch a young J.R. unite with neighborhood kids and create magic in the backyard. It's not just a glimpse into the mind of a creator, it's also a window into the past and a personal invitation to experience those years of wonder, when afternoons seemed endless and the only thing to worry about was being home in time for dinner. We're there when J.R. discovers Starlog and Fangoria, we see the impact of Alien, Raiders of the Lost Ark, and Creepshow. It's the kind of suburban, midwestern childhood that Spielberg would mythologize in his 1980s Amblin stories and that movies like Super 8 seek to homage, but this is not a recreation--it's reality. Though I'm sure it was far from perfect, the childhood witnessed in these shorts is idyllic and comforting. Kids play in lush green fields, wander down unpaved roads, and row boats into the middle of a small lake, all without adult supervision. 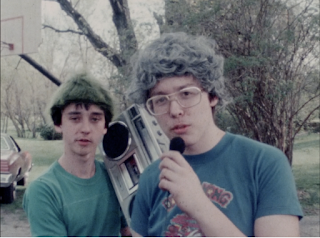 Later, during the high school era, we can see the influence of zombie movies and bands like The Police and Huey Lewis and the News as Bookwalter starts to turn his short films into music videos and more ambitious productions that are filmed at a variety of locations and use practical makeup effects. In one of the coolest time-capsule moments of the entire collection, we get to visit an Ohio mall in the mid-eighties, complete with a close-up look at various stores. As Mr. Bookwalter tells us in his commentary, none of these places exist anymore; it's a reminder how fleeting our memories can be. Thankfully, Mr. Bookwalter's are written in celluloid. 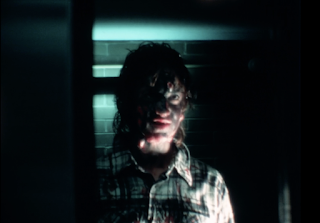 As we enter the college years and beyond, it's remarkable to see the leaps in knowledge and technique that are reflected in those frames. We've literally watched a decade of film education as an ambitious young movie fan takes his childhood fantasies and turns them into something more polished and cohesive. The later shorts here butt up against a fateful meeting with Sam Raimi and the creation of Bookwalter's first feature, The Dead Next Door. None of this is meant to imply that the shorts aren't raw--they are, but that rawness is a huge part of the appeal. To be frank, it's incredibly brave for J.R. Bookwalter to share what are essentially his childhood home movies with strangers, and I appreciate him tremendously for doing so. To be even more honest, this is a glimpse into a youth that I didn't have but desperately wanted. I spent most of my earlier years alone and most movies were forbidden for religious reasons; watching these shorts is like visiting a friend I wish I'd known better. 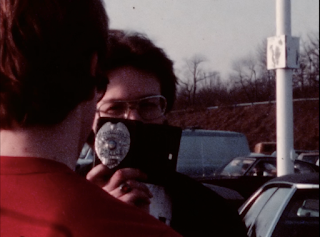 J.R. Bookwalter's Shocking Shorts arrives on Blu-ray from Makeflix via a customarily-impressive Blu-ray package that includes a beautiful cardboard o-ring with alternate artwork and a signature by our maestro of horror. The MOD disc itself is loaded with content. In addition to nearly two hours of short films, we also have thirty minutes of outtakes and unfinished works, plus bloopers and additional material. A few of the shorts, such as "Go Insane" and "Tomorrow" are presented in their complete versions for the first time, having been finished for this collection. Mr. Bookwalter provides an optional audio commentary for everything here with a constant sense of embarrassment and humility as he looks at things he made some forty years ago, but his self-deprecation is charming and inviting. A CD of "Shocking Tunes" is also included, and serves as an audio companion to the visual expedition as we witness "The J.R. Bookwalter Experience" craft tunes like "Crime Don't Pay" and "Man with the Sombrero." What a feast. 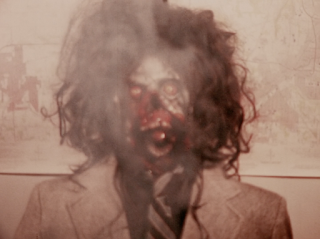 Bookwalter is very good at what he does, despite how effortless he makes it look, and this collection affirms what I already suspected from reading his autobiographical book B-Movies in the 90s and Beyond: creators create because they have to create. It's as fundamental as breathing. This peek at the creative process reveals a kid who knew exactly what he wanted, even if he wasn't yet sure how to achieve it. To paraphrase a statement from the commentary, "you learn by doing, by making mistakes, and by figuring it out as you go." It's a rare pleasure to see that learning process so completely and to make some new friends along the way.

Shocking Shorts is part of a Makeflix-exclusive bundle with another Tempe Digital release, the new Blu-ray of Bloodletting, that was available to pre-order on Black Friday 2021. It is not currently available as of this writing (or is it? Contact Makeflix to find out how to get the disc), but I sincerely hope that it's offered again, even if not in this deluxe, limited edition package. Movies are magic and this collection of shorts--and more importantly, what they represent--casts a unique spell.