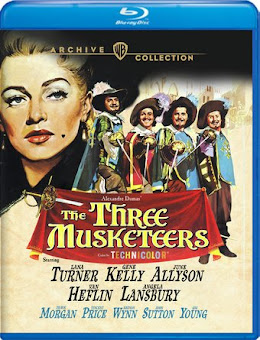 One of my pet peeves when reading online reviews is the phrase "they don't make 'em like this anymore." You see it a lot from the older folks who fondly look back at the entertainment of yesteryear, and the phrase implies nostalgia more than a fair look at their subject. For me, that single sentence is one of the most easily-dismissed lines in all of criticism and lets me know I'm not reading an objective assessment, but rather sentimentality dressed up as a review. And yet, while watching 1948's The Three Musketeers, I found myself thinking that dreaded phrase..."They don't make 'em like this anymore."

Once upon a time, swashbucklers ruled the box office. A foundational genre for motion pictures, these celluloid adventures achieved a whole new status beginning with 1938's The Adventures of Robin Hood, which propelled them into the era's Golden Age; throughout the 1940s and 1950s, countless dashing, roguishly-handsome, pencil-mustachioed leading men picked up their sabers and fought against the tyranny of corruption to defend the downtrodden. Pirates, outlaws, and literary legends competed for the dollars of an audience that was eager to travel to faraway lands. 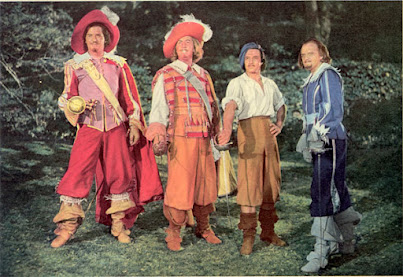 Out of this period comes MGM's The Three Musketeers, one of the biggest and most exciting adventures of the entire cycle. Based on the famed (and oft-adapted) Alexandre Dumas novel, the film recounts the daring exploits of D'Artagnan, Porthos, Athos, and Aramis, heroes who must defend the crown of France's King Louis from the machinations of the evil Cardinal Richelieu. With a budget of nearly $5 million dollars, it a huge film, anchored by star power and filled with multiple action set pieces, the likes of which remain some of the most exciting of their kind. 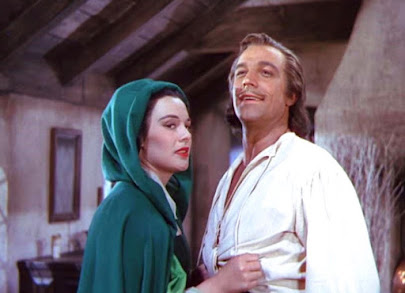 Gene Kelly stars as D'Artagnan, a gifted young swordsman who arrives in the big city and immediately makes enemies out of the Three Musketeers, who are the rock stars of Paris. A sword fight against Richelieu's ambushing guards proves his mettle and before you can say "all for one," an alliance is formed and we're off to the races. This is big, broad, popcorn-munching Hollywood entertainment at its pinnacle, right before the decline (earlier that year, the Supreme Court had issued a ruling that would ultimately spell the downfall of the studio system as it had existed for so long). The Three Musketeers is a movie of grand scope: political intrigue, betrayal, secrets and lies, and impossible battles against overwhelming odds, all played out with the lavish production values associated with MGM, "the lion that roared." 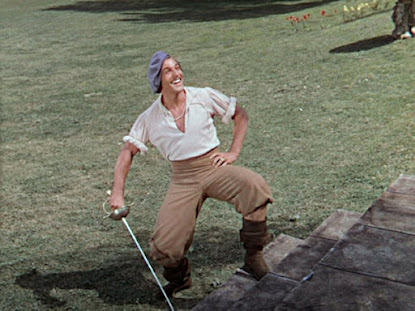 Kelly was a dancer who had already appeared in quite a few big productions, such as Anchors Aweigh, where he danced with Tom the cartoon mouse, but the successes we most associate with him--An American in Paris and Singin' in the Rain--were still a few years in his future. His dancing career serves him well here in a series of truly stunning sword-fighting scenes in which he leaps, twirls, climbs, and swings all over the screen, channeling the spirit of Douglas Fairbanks. My favorite rapier duel takes place on the beach as our heroes battle atop a series of rocks while the ocean literally crashes behind them. Now this would be done with CGI or green screen, but knowing those actors were really there makes the scene feel more real and alive. The film is filled with similar examples of movie magic. Another of my favorite scenes finds our Musketeers riding on horseback as silhouettes against the dusk. Occasionally the movie is so powerful that it gives me goosebumps, awing me in a way that films from this era sometimes do, reminding me that I'm watching something truly spectacular, the likes of which will probably never happen again.  In those moments, all the possibilities of "cinema" as an art form work together and transcend celluloid to create actual myth. Notably, this film was nominated for an Oscar for its cinematography. 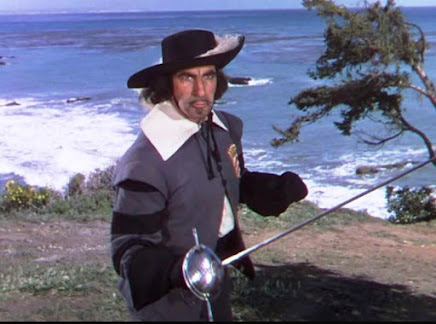 The cast is stellar. Porthos is played by Gig Young, Athos by Van Heflin, and Aramis by Robert Coote. The femme fatale of this tale, Lady de Winter, is played by Lana Turner, not far removed from her appearance in The Postman Always Rings Twice. June Allyson is Gene Kelly's romantic interest, Constance, and the two are great together. A young Angela Lansbury plays Queen Anne, and MGM contract player Frank Morgan--The Wizard of Oz himself--plays King Louis the XIII with more restrain than usual. The great Vincent Price is the slimy Cardinal Richelieu, though he's never referred to as Cardinal, as the studio was trying to avoid the ire of the Catholic church, who still held massive power over the Production Code at this point in history. During this era, Price was still a studio player who had not yet ventured fully into baroque performances or outright camp. This role plays to all of his strengths. 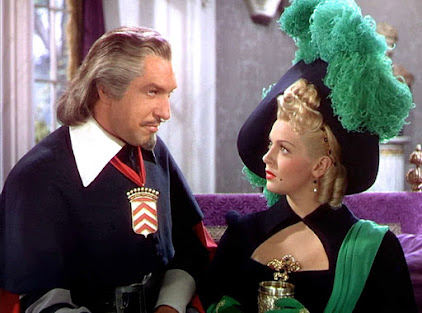 If there's a criticism, it's that the movie is so packed with everything audiences wanted to see that it might actually be too much. As the running time approaches--and then passes--the two-hour mark, it all starts to become emotionally exhausting. Robert Adrey's screenplay can feel uneven at times; the middle of the film sags as bit as we spend just a little too long inside chambers and on sets rather than in the action of the mission itself. Snipping twenty minutes would have picked up the pace--but then again, the goal of films like this is a total escape from reality via a night at the movies, and this definitely delivers on its promise. I'm sure the audiences of 1948 had no such complaints, though the critics of the time did note that the many brisk action scenes frequently hit dialogue-dense brick walls. It didn't slow attendance, though: this was one of the most profitable films of the entire year. 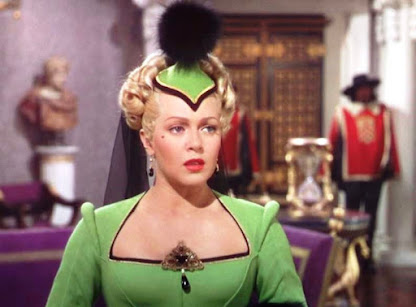 Now The Three Musketeers arrives on Blu-ray from Warner Archive. As is the standard for Warner's catalog label, the transfer is outstanding. Warner Bros. doesn't disclose restoration information, so I can't say for certain what type of scan has been done here, but the movie if beautifully filmic with a nice, natural grain structure. In short, the folks at Warner Archive knock it out of the park every single time and this is no exception. Extras include a short subject--FitzPatrick Traveltalks: Looking At London, which has not been restored and shows its age--and a cartoon short, the classic What Price Fleadom, which appears to be presented in HD. A radio promo spot is also included and runs a full 14 minutes! The theatrical trailer is here as well. 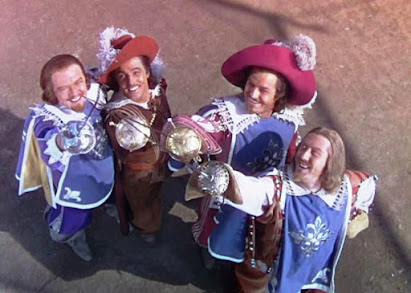 Every time I see one of the many swashbuckling adventure films from this era, I find myself lamenting the loss of the genre. I was lucky enough to grow up in a time when dashing epics such as this were still Hollywood mainstays, before the era of CGI and endless franchise fodder. Films like The Mask of Zorro and The Count of Monte Cristo soon gave way to the Pirates of the Caribbean. I wonder if we'll ever get back to these rousing adventure tales that were a Hollywood staple for the better part of a hundred years, drawing millions to the cinema and stoking the fires of our collective imaginations with heartbreaking pathos, sweeping spectacle, and--most importantly--a message of triumph that reminds us what humanity is capable. As it turns out, they really don't make 'em like this anymore.