Waylon Jennings was not only a leading figure of the outlaw country movement, he was also one of the few true mavericks who helped to establish it in the first place, opening the door for countless other musicians to look like they wanted and to play music like they wanted. But it wasn't just his long hair and beard that made him an outlaw, or the fact that his songs often had one foot in rock and roll (he was, after all, a protege of Buddy Holly and was fired from a disc jockey job after playing two Little Richard records in a row); Jennings never was one to bow to conformity, and had no interest in bowing to anyone's expectations.

But before his outlaw fame, he was just a young, clean-cut and pompadoured performer trying to make a living singing the music that he loved.

Now Cherry Red Records has released four of Waylon's earliest and hardest-to-find albums on two CDs, complete with new liner notes by Tony Byworth, who provides necessary context for this period of the country legend's career. All four albums are produced by Chet Akins (with an assist from Chet's cohort Bob Ferguson--both originators of "The Nashville Sound"). 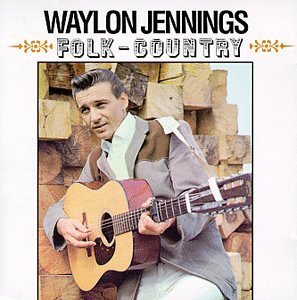 Folk-Country from 1966 is Waylon's first major record and his debut with RCA Victor. It represents the standard mid-sixties country sound with crisp, twangy guitars, lush background vocals, and subjects of weepy heartache and restless rambling. It's an extremely-listenable record, and glimpses of the Waylon we love shine through from time to time. Of the 12 tracks that comprise the album, Waylon has writing or co-writing credits on only four of them, but that's more than any other album here, as each subsequent release would see less involvement from Waylon as a songwriter. No wonder he became so quickly frustrated with the Nashville establishment. One of the best tracks on the album is "Just For You" and seems to be a precursor to the sound that Waylon would land upon when left to his own devices. The rest of the album draws heavily on the work of songwriter Harlan Howard. 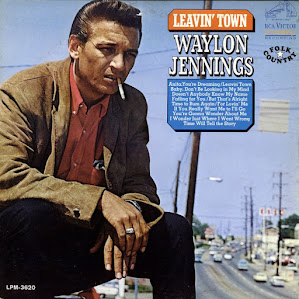 The next album up is Leavin' Town. Also from 1966, it finds a man already pushing against the boundaries of expectation. In addition to the Harlan Howard songs and a couple of his own compositions, the album includes covers of songs from singer/songwriters Delbert McClinton and Gordon Lightfoot, two talents not associated with country music or the sixties Nashville scene. Tonally, it's not drastically different from Folk-Country, but those two song inclusions seem to nod toward Waylon's rebellious spirit and his penchant for rock and roll music alongside ballads and country tearjerkers. 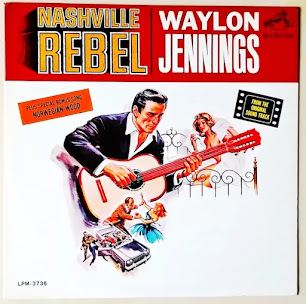 The soundtrack to the film Nashville Rebel (1966) follows. The movie is the only motion picture starring role for Jennings and serves as a precursor to the "troubled outlaw musician" film trend as popularized by Tender Mercies, Crazy Heart, and later remakes of A Star Is Born (both the Kristofferson/Streisand and Cooper/Gaga versions). Waylon plays Arlin Grove, a veteran and a wanderer who finds fame and heartache in the shadow of Nashville. The soundtrack stretches things even further and features a rendition of the Beatles hit "Norwegian Wood" as well as songs that speak to restlessness and lack of fulfillment ("Nashville Bum," "I'm A Long Way From Home"). Notably, Waylon didn't write or co-write any of the songs from the film or the soundtrack, so the story of the film and its music isn't necessarily autobiographical, but it wouldn't be long before Waylon would find himself on the road 300 days a year, taking amphetamines just to keep going, and not accepted for who he was. His search to escape the trap he would find himself in would soon birth a movement. 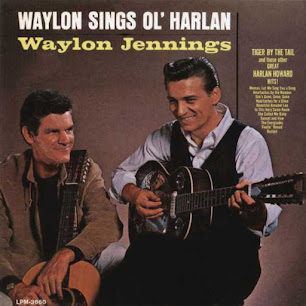 Our journey through Waylon's early career ends with 1967's Waylon Sings Ol' Harlan, which is exactly what it sounds like: 12 tracks from the pen of Harlan Howard. Without exaggerating, Harlan is one of the greatest songwriters in country music, especially during this prolific (and highly-competitive) decade, and every song here is audio gold. From the twangy "She Called Me Baby" to the country-gone-Hollywood tale of "Sunset and Vine" to the classic "Busted," it's one winner after another.

This is the second four-album reissue of Waylon Jennings records from Cherry Red Records under their Morello Records label, and at least one more is in the pipeline, picking up the gap between 1967 and 1970. These albums have rarely been in print over the years, popping up briefly here and there before disappearing once again. Thankfully, Cherry Red Records is committed to getting these rare albums from one of country's true outlaws back into circulation. Sound quality is top notch and if you're reading this review, then this collection comes highly recommended.