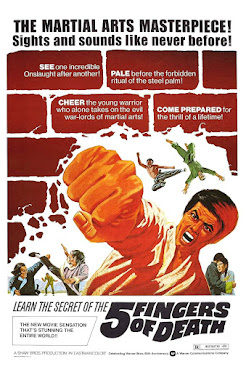 1972's King Boxer, better known to U.S. kung fu fans as Five Fingers of Death, is one of the more iconic entries in the seventies martial arts cycle. The moment the film begins, pop culture vultures will recognize the splashy red title screen accompanied by the distinct siren-like musical cue that millions of viewers know from Kill Bill, but that originated here (or more accurately, in the title sequence of the TV drama Ironside). Furthermore, many of these Asian fighting flicks tend to repeat many of the same plots and action beats from movie to movie--one of many similarities to spaghetti westerns--but King Boxer looms large in the pantheon as the grandfather of so much that was to follow. Part of this is because it was smartly exported to multiple markets by the Shaw Brothers and became a smash hit all over world, but especially in America where audiences were just starting their love affair with these hyper-violent tales of revenge and honor. In fact, it was the Warner Bros. release of the film in the United States that is credited as kicking off the martial arts movie craze that lasted for the duration of the 1970s. Bruce Lee's Enter the Dragon was still a year away (also from Warner Bros., who was taking notes). As such, you can see traces of King Boxer in dozens of later kung fu flicks leading all the way up to today. It's the gateway by which countless viewers entered into fandom. 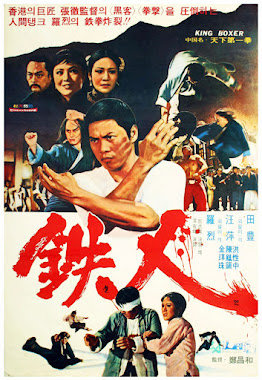 It's fitting, then, that Arrow Video would choose it to kick off their massive, unprecedented box set of a dozen martial arts movies, Shawscope Volume 1. The movie is a poster child for its genre; it features almost non-stop action and over-the-top violence as fists become flesh-penetrating knives and eyeballs are easily plucked from their sockets by nimble fingers. It even has a tournament underdog story that feels like an influence on everything from Rocky to The Karate Kid as our hero has to fight through injuries to overcome the crooked, cheating bad guys in front of an audience of spectators. Sweep the leg, Lo Lieh! 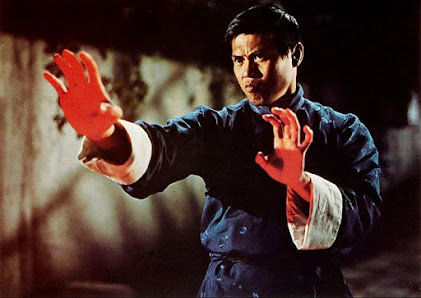 In this film, a young martial arts student is sent to a nearby school for training. After a fight with a rival school's dishonorable thugs, his master teaches him the "iron fist" technique (also called the "iron palm"). He must master this new move, grow in strength and ability, and represent his school during a huge tournament where honor is on the line. It's a simple (some might even say generic) plot, but it's capably realized and features such unique and interesting characters that it becomes instantly memorable. Is it a coincidence that just a few years after this movie, Marvel Comics would create a martial arts hero named Iron Fist? Or that the tournament aspect of the movie would become one of the most recognizable tropes in all of action cinema, not just in Asia, but in Hollywood as well? Notably, Tarantino ranks it among the ten best films ever made. 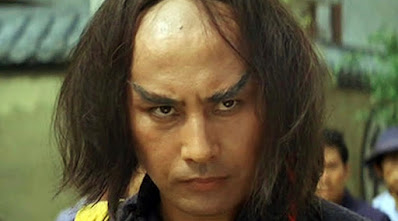 Arrow's presentation on the new Blu-ray is top notch. This is not a review for the entire box set, but rather for the single King Boxer disc. First, a brand new 2K remaster of the film is presented in its original aspect ratio of 2:35 and includes newly-restored Mandarin and English mono audio tracks. The English subtitles have also been newly-translated for greater accuracy. The disc is absolutely loaded with hours of special features, starting with a commentary by David Desser. In a 43-minute interview, Asian cinema expert Tony Rayns brings his typical scholarly appreciation of the film here, offering us a history of the Shaw Brothers as a family, their studio, and the importance of this film at the time of its release. A 40-minute interview with director Chung Chang-wa follows, shot between 2003 and 2004. A 26-minute interview with the female lead Wang Ping from 2007 is up next, followed by a 33-minute interview with Cho Young-jung from 2005. The biggest video supplement on the disc is Cinema Hong Kong: Kung Fu, the first segment of a three-part documentary on The Shaw Brothers studio and their place in martial arts movie history. This HD feature runs almost 50 minutes and was first released by Celestial Pictures (who owns the Shaw Brothers film library) in 2003. Hong Kong, U.S., and German theatrical trailers are included, as are U.S. television and radio spots. The original Warner Bros. title sequence for Five Fingers of Death, taken appropriately from a well-worn print, is also here. Rounding out the supplements is an image gallery. 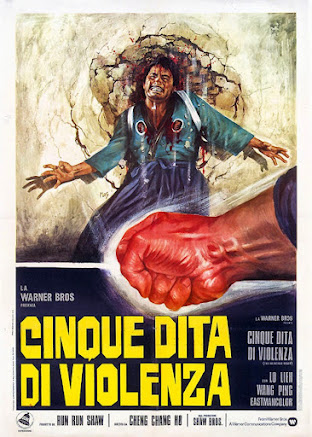 King Boxer is a ton of fun. The fight scenes are outrageous and the violence is gratuitous, which is exactly what I want from these movies. Each time Lo Lieh raises his glowing red hands in preparation to use the Iron Palm technique and that familiar siren song rises to the forefront of the soundtrack, cinematic bliss follows. Fight movie fans should keep an eye out for Bolo Yeung (Bloodsport) as a Mongolian fighter, but he's pretty hard to miss, since he's twice the size of everyone else. Millions of martial arts movie fans first discovered the genre through King Boxer during the 1970s and beyond, and the legacy of the film is alive and well thanks to its influence on pop culture. It's appropriate that Arrow has given it the top slot in their deep exploration of the Shaw Brothers library.