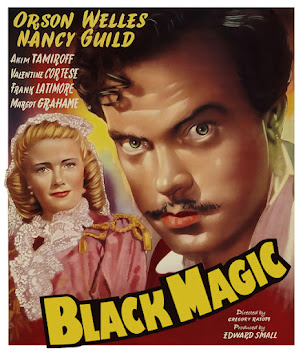 1949's Black Magic is equal parts drama, mystery, forbidden romance, and swashbuckler. Most importantly, it's a rousing tour-de-force for its star Orson Welles, who plays the infamous 18th century mentalist and occultist Joseph Balsamo, better known as Count Cagliostro--a real historical figure who has been the subject of films, operas, and novels, including the Alexander Dumas book upon which this story is based.

Our tale begins when Balsamo is a child, the offspring of gypsies who have been captured by the French Viscount de Montaigne. After being forced to watch his parents hanged, our young protagonist is beaten and very nearly blinded before being rescued by his kinsmen. Vowing revenge upon de Montaigne, Balsamo grows up to become an illusionist in a traveling show where he wows audiences with his sleight-of-hand skills and transfixing eyes. He soon meets Dr. Franz Anton Mesmer (from whom we derive the term "mesmerize") who teaches him how to use his captivating talent to hypnotize people and bend them to his will. Realizing the power that he now wields, Balsamo flees Mesmer and sets out to grow his fame and influence using the name Cagliostro. Before long, his goal of revenge has grown into something even more twisted: the desire to rule. With his uncanny powers of persuasion, who can stand against him? 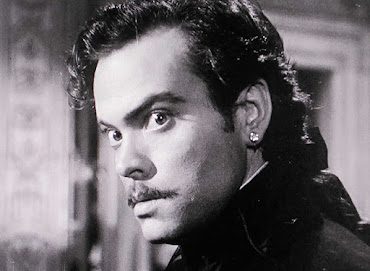 Black Magic was the brainchild of indie producer Edward Small. Contrary to his name, Small is one of the bigger names in independent film production; his knack for recognizing and capitalizing on film trends led to a lucrative and prolific career that spanned half-a-century, from the silent film era all the way through the end of the 1960s. Small had achieved success bringing the swashbuckling adventures of Alexander Dumas to the screen in the 1930s with The Count of Monte Cristo and The Man in the Iron Mask, and work on Black Magic began in 1943. Through a series of cast and director changes, it would ultimately take several more years to realize his vision, and even then, Small is on the record saying that director Gregory Ratoff and star Orson Welles changed his idea considerably. It's even been said that Welles co-directed the film--uncredited, of course. Given the iconoclast's strong personality and intense vision, its undoubted that a lot of Welles the filmmaker can be seen here. 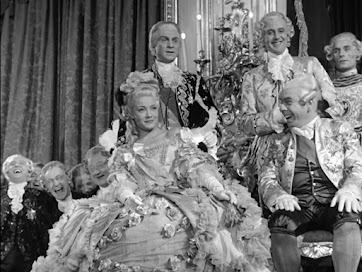 In fact, Black Magic seems to have many of the hallmarks of films that we associate with the maverick, whether he directed them or not. The camera angles and use of light and shadow, even the climax of this film, which takes place high above the street on the rooftops (an echo of 1946's The Stranger) all speak to the trademarks of Welles the craftsman. Speculation aside, Welles gives a great performance here, and he's clearly having the time of his life. This film finds the screen giant in svelte shape, his tall frame appearing slender in black attire. This is Welles the swashbuckler. His near-constant struggle with studios and executives throughout much of his career would find him seeking roles in independent features such as this to finance his passion projects; later, he would say that Black Magic was the most fun he'd had working in cinema. Shot in Rome over three months and with no seemingly no boundaries whatsoever, who can blame him? 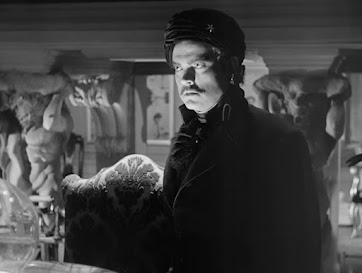 A few words about the supporting cast: Nancy Guild (rhymes with "wild") pulls double duty as both the bold Marie Antoinette and the meek Lorenza, the demure object of Cagliostro's affections. One can't help but imagine that the actress, who filmed this movie during a brief stint between contracts at both Fox and Universal (where she would costar in Abbott and Costello Meet The Invisible Man), embraced the dual roles with relish, as it let her have her cake and--making Marie Antoinette proud--eat it too. Welles' long-time friend and collaborator Akim Tamiroff (Touch of Evil) appears, as does Frank Latimore (13 Rue Madeleine), Valentina Cortese (The Barefoot Contessa), and Margot Grahame (1935's The Three Musketeers). In an introduction to the film, Berry Kroeger (Gun Crazy) appears as the author Alexander Dumas alongside a bearded Raymond Burr, years before Perry Mason. 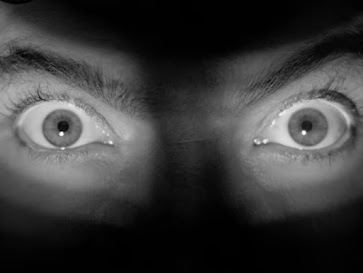 Now Black Magic makes its Blu-ray debut courtesy of a wonderful new HD restoration (also available on DVD) from ClassicFlix. The source elements for the film appears to be in remarkable shape given its origins, with only the occasional minor damage visible in the form of a few brief scuffs and scratches. Contrast is excellent, and well-resolved fine film grain is often visible. Truly, Black Magic may not have looked this good when prints were first struck in 1949. The only included special features are trailers for other titles from the ClassicFlix library.

I really enjoy Black Magic. It's more of a costume drama and 18th-century period piece than a genre film or a noir, but given the presence of Orson Welles, noir leanings seem unavoidable. In fact, this film would make for a stellar double feature with Anthony Mann's The Black Book, aka Reign of Terror, a full-blown noir set during the French Revolution that was also released during 1949, distributed by Eagle-Lion Films, one of the kings of Poverty Row. Black Magic is also not really horror, but given the moody atmosphere and occult leanings, not to mention gothic themes and setting, this one nevertheless offers its fair share of chills. That old Black Magic still has me in its spell.