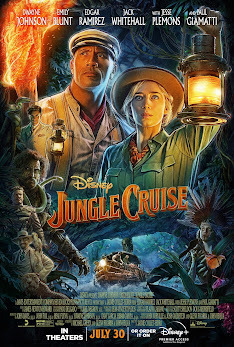 Disney's latest attempt to turn a theme park attraction into a movie franchise succeeds in delivering a breezy popcorn-muncher, but the thrills are gone all too soon.  Don't get me wrong, there's a lot of fun to be had. Dwayne Johnson's turn as a jungle cruise skipper who delivers groan-inducing puns and one-liners while also swinging from the trees to battle bad guys is the stuff that blockbusters are made of. Similarly, Emily Blunt's portrayal of a brash, no-nonsense botanist who won't let any obstacle stand in her way makes for easy viewing. Let's be honest, these are two of the most charming, likeable people working in Hollywood today; the camera loves them, the audience enjoys them, and this is a fantastic bit of casting that helps this movie go down easy. There's even nice character work delivered by Paul Giamatti ( American Splendor ) and Jesse Plemons ( The Irishman ).  I just wish these actors had more to do. This is another case of one of the m
Post a Comment
Read more
More posts