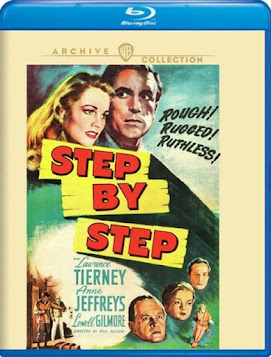 This noir-ish crime thriller stars Lawrence Tierney (Reservoir Dogs) as an ex-marine who accidentally ends up in possession of a list of names that a trio of Nazi spies will do anything to intercept. Also caught in the confusion is Anne Jeffreys (Riffraff) as a resourceful blonde who has stumbled into the hornet's nest completely by accident. Wrongfully accused of murder, the two find themselves pursued at every turn as the body count rises and the dragnet between both the cops and the Nazis closes in. With the aid of a local motel owner (George Cleveland from The Inner Sanctum Mystery film Pillow of Death), can they evade death long enough to bring the truth to light?

Step by Step is notable for reuniting the two leads of 1945's Dillinger. The two have obvious chemistry, and Tierney's tough guy routine plays well against Jeffreys' no-nonsense performance. Both characters feel wise to the world; Tierney's character has only been out of the service for a day, and he frequently makes reference to the battles he's seen and the trials of war. Similarly, we know within just a few minutes of the film that Jeffreys is willing to lie to get a leg up in the world. Neither lead character is so innocent that they don't feel relatable, hinting at the shades of gray that would soon become a hallmark of crime films of this post-war era. 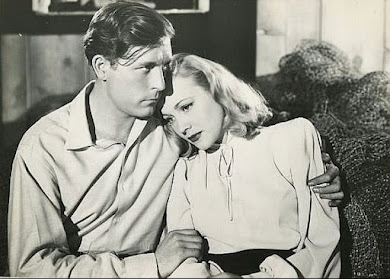 It's also worth mentioning that Anne Jeffreys played Tess Trueheart in a couple of mid-forties big screen adventures of Dick Tracy, which gives an added layer when one of the characters mentions that he listens to the Dick Tracy radio program every night. Character actor buffs will also want to take note of the presence of actor Jason Robards, Sr., father of the actor that would achieve fame himself in decades to come.

Step by Step is a fun, lighting-paced (only 62 minutes!) crime film from RKO Pictures with a tense plot that's easy to watch. Movie fans who only know Tierney from his grizzled elder years will have a blast watching him as a young Brooklyn tough guy, which is close enough to who he was in real life. Also worth mentioning, there's a lot of skin in the movie, with Tierney spending about 20 minutes shirtless or in an open jacket, and with Jeffreys in a bathing suit for the same amount of time. Nothing too provocative by today's standards, but we're talking about 1946 here, and the obvious sex appeal of the two leads is played to full effect. The fact that a significant portion of the movie takes place in the daylight along the beaches of the Pacific Coast keeps it from being completely film noir, as does the fact that it's not nearly as fatalistic as many of the textbook examples of the noir cycle. These characters could be happy, and if they can evade certain death, maybe they will.

The Warner Archive Blu-ray of Step by Step features a beautiful transfer (we expect nothing less from George Feltenstein and the Warner Archive restoration team) and includes a couple of fun extras. The Transatlantic Mystery is a two-reel short film from 1932 about a couple of crooks who want to smuggle the Stanhope diamonds into New York. The source is pretty rough, but it's a fun enough way to spend 22 minutes. Also included is the famous Daffy Duck short The Great Piggy Bank Robbery which hails from 1946 (the same year as Step by Step) and finds the Looney Tune dreaming that he's the famous crime fighter "Duck Twacy." This direct connection to Dick Tracy feels like another easter egg for fans of the movie who know Anne Jeffreys as Tess Trueheart, and speaks to the popularity of Chester Gould's detective in the forties. Both of the included shorts appear to be presented in standard definition. 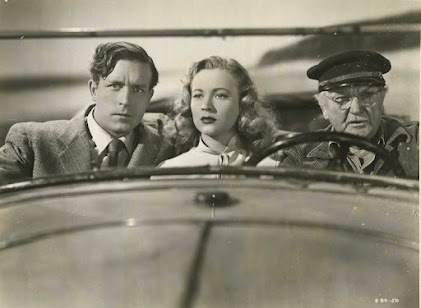 Step by Step is easy to recommend.  RKO's low budget forays into film noir are much praised by fans and critics, and while this isn't a total noir, it's close enough that it often feels like one. Tierney and Jeffreys look great and have obvious chemistry together, and the movie has enough real action and location cinematography--reportedly over 60 locations and sets were used--to make it feel like a much bigger production than it likely was. Add in the top-notch presentation from Warner Archive and you've got a package that's hard to resist.