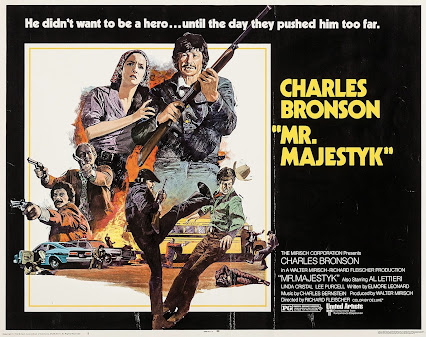 Mr. Majestyk is my kind of movie. Charles Bronson takes center stage in this tale of vigilante justice and revenge set against the backdrop of the gorgeous Colorado landscape. Add in a screenplay written by the great Elmore Leonard, whose outstanding short stories and novels have been adapted into the films 3:10 to Yuma, Get Shorty, Jackie Brown, Out of Sight, and even the television series Justified, and you've got a recipe for gritty, 1970s greatness.

Charles Bronson plays the titular character, Vince Majestyk, a rural farmer who raises melons. His one desire is to get his latest crop harvested and brought to market. Turns out, he's got a lot invested in this, and as his backstory unfolds, we realize the melons represent more than just agriculture. Like the anti-hero out of a noir film, Majestyk has been tripped up by life and is trying his best to rise above the bad hand that he was dealt. When he chooses to hire a group of Hispanic migrants, led by Linda Cristal (The High Chaparral) to harvest his crop instead of caucasian locals, he draws the attention of a local loudmouth who confronts Majestyk on his property. Things get out of hand and Majestyk is arrested, even though he's committed no crime and only acted in self defense. In jail, he crosses paths with notorious hitman Frank Renda (Al Lettieri from The Godfather), and the two almost instantly become enemies. Before long, Majestyk finds himself on the run, a wanted man with no refuge or protection. To survive, he'll have to take matters into his own hands. 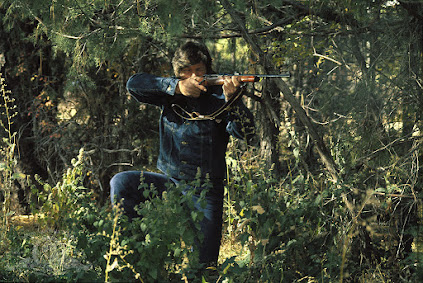 As is common with many of Elmore Leonard's stories, Mr. Majestyk is essentially a western. There are no spurs or campfires, but the themes that play out against the deep country of Colorado are classic western tropes. Majestyk is the good man pushed to action. Frank Renda is the outlaw looking for a fight. The local authorities stand in for an incompetent sheriff and deputy, powerless to stop the violence that threatens their town. Instead of horses, we have battered pickup trucks. This is frontier justice, but updated for 1974.

Bronson plays Majestyk with a weariness--but not with defeat. The character just wants to be left alone. He didn't ask for this fight, but the fight has come nevertheless, and he's going to have to do things that he doesn't want to do...but not wanting to do them doesn't mean he isn't capable of doing them. Like the gunslinger who hung up his six shooter years ago but must reach for it again when violence arrives on his doorstep, Bronson brings a quiet resolve to the role. The actor has been criticized for being wooden and unemotional, and sometimes that's a fair assessment. But too often, his quiet, introverted nature is mistaken for lack of charisma. Watch his face, look into his eyes. Everything that's happening there is happening beneath the surface. Watching Mr. Majestyk again, I was struck by how much Brad Pitt is starting to age into a Bronson doppelgänger, not just physically, but in the way his performances are getting quieter and more internal. Look at Pitt as Cliff Booth in Once Upon a Time in Hollywood and tell me you don't see shades of Bronson in his weathered demeanor. 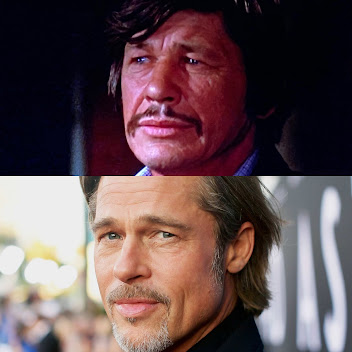 A great hero is nothing without a great villain, and Al Lettieri is fantastic as the hot-headed tough guy who lives outside the law. The cops can't catch him, and he's surrounded by tough guys and lackeys willing to follow out his violent commands. Lettieri is probably best remembered as Sollozzo in The Godfather, but movie fans will also know him from The Getaway, where he played alongside Steve McQueen, McQ with John Wayne, and was even dialogue coach on Where Eagles Dare, which stars Richard Burton and Clint Eastwood. Sadly, the actor would succumb to a heart attack in 1975, just one year after Mr. Majestyk. 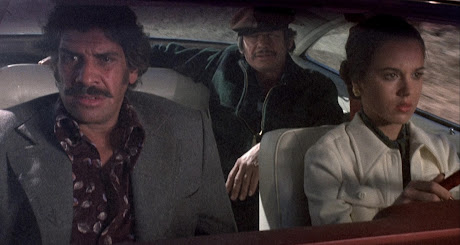 The supporting cast is equally impressive. Linda Cristal is great in her role as a no-nonsense woman who can take care of herself. When all hell breaks loose at the end of the movie, her character is not just along for the ride, but actually doing the driving (the truck stunts in this film are outstanding). Lee Purcell (Big Wednesday, Eddie Macon's Run, Valley Girl) was a relative newcomer in 1974 and had come from the world of theater. She would spend the next few years in character parts and television roles, but she's great here as Frank Renda's beautiful and deadly gun moll. Paul Koslo (Vanishing Point, The Omega Man) plays a slimy coward (again, straight out of a western) who has a bark much bigger than his bite. 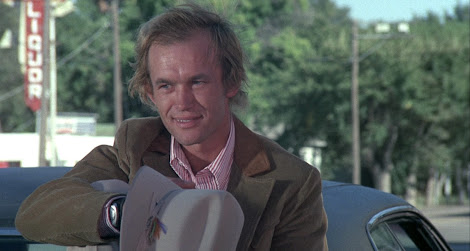 Kino Lorber first released Mr. Majestyk on Blu-ray in 2014 in a bare-bones, movie-only edition. Now, seven years later, they're revisiting the title and giving it the presentation that such a fantastic movie deserves. The new 2021 disc is sourced from a brand new 2K master, and it's gorgeous. The movie is beautifully filmic, and the breathtaking cinematography of Richard H. Kline has never looked better. There's a new audio commentary by film historian Paul Talbot, the author of Bronson's Loose! and Bronson's Loose Again!, which recount the making of the Death Wish series and eighteen other Bronson flicks. Director of Photography Richard H. Kline is interviewed, and he discusses working with Bronson as well as the film's director Richard Fleischer. There's also a new interview with actress Lee Purcell, who discusses the impact of this film and its lasting impact, her observations of Charles Bronson on set as a quiet family man, and her affection for Al Lettieri, whose death still seems to affect her all these years later. A TV spot and theatrical trailer are also included. 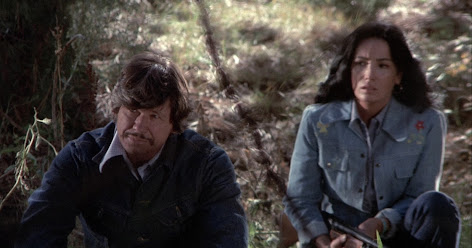 I started this review by saying that Mr. Majestyk is my kind of movie. It's a western dressed up in 1970s denim, populated by characters who exist in shades of gray. Nobody, and I mean nobody, writes criminals and three-dimensional bad guys like Elmore Leonard, who would adapt his screenplay into a novel the same year this film was released. It's a slow-burn revenge movie with a sympathetic lead that represents every person who was kicked when they were down. Charles Bronson, who starred in many wonderful films, delivers one of his best performances. This movie is sort of a spiritual cousin to other seventies revenge movies like White Lightning and Vigilante Force, all films that I adore and champion as often as possible. A wild, rebel spirit that feels uniquely American runs through these stories, owing to those western roots. Something primal...something we all relate to. Do not push us, or we'll push back. And when Charles Bronson pushes back, he'll be the last man standing.