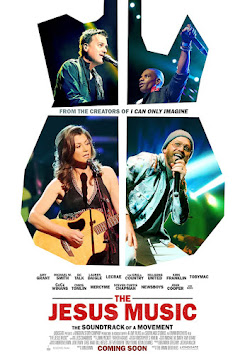 The poster and marketing materials for The Jesus Music, an essential new documentary about the history of Contemporary Christian Music, touts that it's "the soundtrack to a movement," and that lofty description is surprisingly accurate. The filmmakers, who have previously brought faith-based films such as I Still Believe and I Can Only Imagine, have left no stone unturned and have spoken to seemingly every mover and shaker in the 50-year-old Christian music scene. The all-stars and heavy hitters are here: Amy Grant, Michael W. Smith, all three members of D.C. Talk, Steven Curtis Chapman, Kirk Franklin, and members of bands as diverse as Stryper, Newsboys, Audio Adrenaline, Third Day, and Jars of Clay, plus loads more.

Full disclosure, I grew up in an extremely fundamentalist and evangelical home during the 1980s and 1990s, and these bands and artists really are the face of Christian music. They account for dozens Grammys, many millions of albums sold, and billions of dollars in revenue. They sold out arenas, headlined tours and festivals, and graced the covers of magazines. Their videos crossed over into MTV and VH1. Some of my earliest concert experiences were seeing these performers, so I approached this documentary with an odd mix of nostalgia and trepidation; for all those glossy album covers and feel-good lyrics, there was a massive dark side to this music, fueled by the legalism of the church itself and its ever-present hypocrisy of an industry that created massive stars and egos, only to tear them down when the people behind the music proved to be all too human. 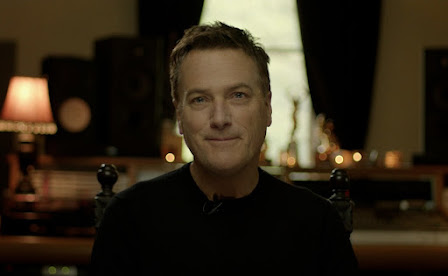 Thankfully, directors Andrew and Jon Erwin aren't interested in another gospel puff piece and this movie gets into the mud. Tracing the history of Christian music back to 1968, the film doesn't shy away from the LSD and drug-fueled quests of hippies seeking enlightenment and larger truths to life's biggest questions. Members of early Christian rock groups discuss their own drug experiences, the hope of Woodstock, and the death of the hippie dream at Altamont in 1969. The very fact that this part of the story was included speaks volumes. One on-camera participant has three visible posters in the background: one of superstar preacher Billy Graham, one of Steve McQueen, and one of The Beatles. As someone who has been specifically told that The Beatles were an instrument of the devil and that I had no business listening to them, seeing them in a documentary like this is beyond refreshing. The doc goes even further: Christian pop darling Michael W. Smith (the man who was roaming through the night to find his "place in this world") recounts how his earliest record purchases were 45s of The Beatles and Elton John.

The story of Christian music wouldn't be complete without the anger and panic that the church itself felt toward the young artists who didn't want to shave their beards or cut their hair, and that aspect is served well here too. Jimmy Swaggart rages from the pulpit against Stryper. Band after band discusses how they weren't welcome in the churches that they sought to inhabit. When Amy Grant filed for divorce, her songs were shelved and no longer played on Christian radio. Tour dates were canceled, and this once-industry-darling was never again fully forgiven or embraced by the church crowd. Five-time Grammy winner Russ Taff discusses his struggle with alcoholism, which he inherited from his Pentecostal preacher dad. The failure of Christians to racially integrate is addressed when Kirk Franklin speaks openly about the racism and division within the church, saying that Christians have the light of the world, but that light is so much dimmer than it should be because it is fractured. As one industry expert comments, Christian music shares much of the same audience as country music and pop music, but country and pop audiences are far more forgiving than Christians. The documentary even addresses how problems arise when the free message of Christianity is married to commercial product, fame, and the goals of selling albums and creating superstars. 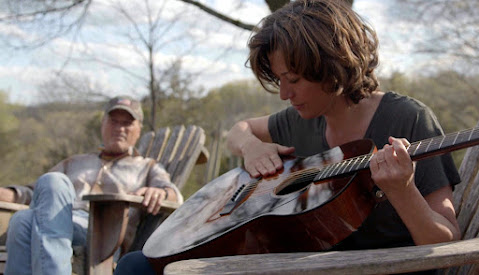 Yet, through all of this very valid criticism, the film consistently hammers home the point that we are all human, and that artists are no more perfect than anyone else. One of the most powerful and understanding messages of the film comes from Bill Gaither, the 85-year old southern gospel icon who comes across as one of the most tolerant people of the entire film. He recounts a conversation with Jerry Falwell in which the fire and brimstone evangelist smugly commented that Gaither had assembled a pretty rough group of singers, to which Gaither replied that if they avoided everyone that had personal issues, the stage would be empty. He also points out that about 15% of all hymns and traditional gospel songs are about joy and love, but 85% of them are about pain and suffering.

It would be impossible for one documentary to tell the entire story of Christian music. Maybe a multi-part Ken-Burns-style mini-series could really do justice to the subject, but this is the closest I have seen in my life-long awareness of this music and the drama behind the scenes to any single document telling the "warts and all" tale. If anything, my biggest criticism is that there's just not enough of it, and from the closing credits, I can see dozens of names that I know, but didn't really get to see in the film. Yet there are no deleted scenes, no extended interviews, no audio commentary. There has to be dozens of hours of interviews in the archive or on the cutting room floor. What I wouldn't give to hear the things that Toby Mac asked not to be included here. "I've never talked about this publicly before," he says. And he doesn't here, either. 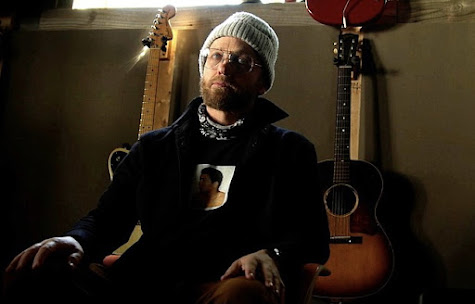 My fears that this would be a safe documentary that shied away from the truth in service of making everyone feel good were unfounded. Michael Sweet, lead singer of Stryper, says himself in the very opening of the film "I don't want to be negative, but I also want to be honest." Well, everyone here is incredibly honest. From the friction within DC Talk to the larger-than-life egos of the platinum-selling superstars, there's real accountability here, and with it, some real healing. I've got mountains of baggage from my experiences within the church; before the Newsboys took the stage at a Pensacola, Florida church in 1997, the exasperated pastor walked to the microphone and told the frenzied rock show audience to "quiet down and remember you're in the house of God." This warning coming just moments before the strobe lights and churning guitars of "God is Not A Secret," which was couldn't have been more appropriate response if planned (this is also during the era of the band when drummer and future lead singer Peter Furler's kit was on a gimbal and he would drum while being twirled around 360 degrees in all directions, mimicking a stage gimmick originated by Motley Crue's Tommy Lee). In truth, it saddens me that most of the negative reviews I've seen for this film are guilty of the same arrogance that the movie itself seems intent of smashing. "We gotta come together and be better to each other," says this movie. "Ho hum, more comfortable mega church affirmation" says a portion of the audience. How is the message so entirely missed?

I started this review by mentioning that I came to the doc with a mix of nostalgia and trepidation. In the end, the nostalgia was rewarded in spades, as I got to catch up with some of the biggest acts in the biz, including people I haven't seen speak in a couple of decades. The trepidation was needless. There is no judgement here, no holier-than-thou piety. The message of the movie is that we are all flawed, and that artists are no more perfect than anyone else. There are also no easy answers or patronizing fluff here, which I appreciate. If anything, the documentary serves as a challenge for each of us to bring a little more kindness and love into our lives. There will be those who are reading this review who have never heard a single song by any of the recording artists mentioned here, and they may be thinking that this documentary is an easy pass for them. On the contrary, some of the most talented musicians of the last half century are featured in this film (as all those Grammys confirm), and any music fan would do well to check it out for the artistry alone. For musicologists and fans of pop music history, this is highly recommended. For anyone who's ever listened to an album from anyone included in this documentary, The Jesus Music is required viewing.