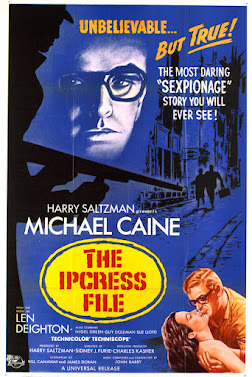 It's difficult to talk about The Ipcress File without making comparisons to James Bond. After all, the film was produced by Harry Saltzman, who co-produced the first nine Bond outings. The music was created by John Barry, the man behind eleven Bond scores and who was also the arranger the iconic "James Bond Theme," with its twangy guitars and bombastic brass horns, for the very first Bond film, Dr. No. But if Bond's world is one of excitement, adventure, globe-trekking travel, and rendezvous with the world's most beautiful women, Harry Palmer is the other side of the coin.

Created by novelist Len Deighton and never named in the novel that inspired this film adaptation, Harry Palmer comes to life as a cockney everyman, a secret agent who spends just as much time filling out paperwork at an office desk as he does on stakeouts and surveillance. It's a deliberate choice, and one that lends far more realism to the world of espionage than the high-speed thrills of 007. In the hands of Michael Caine, who would play the character three times in as many years, Harry Palmer becomes a darker hero, and one that's far less glamorous. 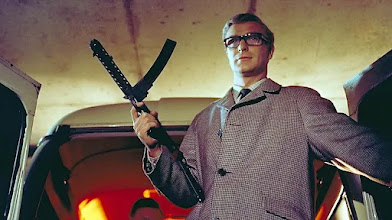 There was a movement of increased realism in British culture during the latter half of the mid-sixties, with grit and practicality supplementing the big screen escapism of the secret agent cycle. The Ipcress File was among those films leading the charge. The balance between tedium and danger is hard to describe, but the film pulls it off well. As the film unfolds, the noose around Harry Palmer begins to tighten, and the film's gritty realism and lack of fantastical elements create far more tension than any other contemporary spy movie. When Goldfinger tells Bond "I expect you to die," we don't really think Connery is going to oblige. But Harry Palmer? He just might.

Michael Caine is fantastic in the role. His Palmer is insolent toward authority, sarcastic, and never far from a joke, yet he's also incredibly devoted to his job and good at what he does. The other performances in the film are equally impressive, from a slightly-winking turn from Nigel Green (whom Caine had acted with in 1964's Zulu) as Major Dalby, to Guy Doleman (who would star in Thunderball the same year as this film) as the dry Colonel Ross. There's a distinct air of British stoicism running underneath the story at all points, lending a sort of practical determination, especially when things start to escalate. "Keep Calm and Carry On Spying." 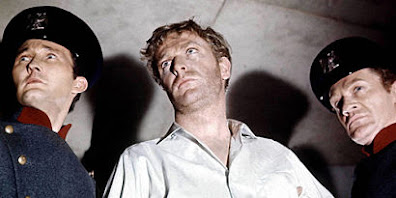 The cinematography by Otto Heller (who won a BAFTA for his work on this film, as well as 1966's Alfie), and the direction from Canadian director Sidney J. Furie (Little Fauss and Big Halsy) finds the camera lurking in places that audiences were not accustomed to. In an interview included on the new Blu-ray from Via Vision's Imprint Films, Michael Caine explains coming into a scene set in a stairwell and seeing the camera several flights up, looking down. When he asked Furie what was going to happen so far up the stairs, the director replied that nothing was going to happen, but he wanted the audience to think that something could happen. Furie deliberately chose to shoot the entire movie from a perspective as if someone were spying on the events of the film. The camera looks through keyholes, down from lamp shades, from within phone booths, as if we're seeing something secret and forbidden.

The score by John Barry feels like a distant ripple of his Bond work, and somehow sounds darker and more sophisticated than his contributions to the world of that other famous secret agent. Again, the bombastic trends of the 007 franchise give way to a more subtle, exotic soundtrack. The guitar sounds are incredibly unique, subdued, but evocative of danger, mystery, and perhaps even foreign lands. No coincidence that Barry's score for The Ipcress File would serve as a major influence on the trip-hop scene of the 1990s, with multiple English and European music acts drawing from Barry's motifs and instrumentation from this film. For further evidence of this trend in practice, listen to the album Formica Blues from the group Mono. 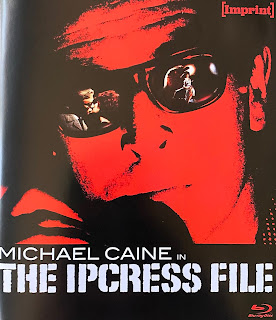 The new Blu-ray, included in Imprint's "The Harry Palmer Collection" which collects all three films in one gorgeous box set, is stacked with features. The film has been given a 2K scan by ITV Studios and there are two commentaries included: one from 1999 featuring director Sidney J. Furie and editor Peter Hunt, and a 2020 commentary from Troy Howarth and Daniel Kremer. Michael Caine is Harry Palmer is a 2006 interview with Caine that covers everything from his casting (Saltzman offered the part to him during a chance meeting at a restaurant) to how the film launched his leading man career and changed his life. The Design File is a 2006 interview with production designer Ken Adam. Location Reports with Richard Dacre is a 2021 look at the locations. Through the Keyhole is a 2021 interview with assistant director Denis Johnson, Jr., and Counting the Cash is a 2021 interview with production accountant Maurice Landsberger who recounts his unexpected cameo in the film. There's also an isolated music and effects audio track for fans of the score, a textless opening credits scene, trailers, and television and radio spots.

One does not have to look far to see the influence of The Ipcress File on the spy movie genre. It's in everything from The Bourne Identity to The Kingsmen and, in a strange case of the tail wagging the dog, it's even in the Bond franchise, especially the Daniel Craig era. It also appears to have been an influence on the 1966 U.S. television series Mission: Impossible, and on British television shows like Callan. For a movie that presents such a minimalist and even mundane approach to the world of espionage, The Ipcress File is awfully hard to forget.