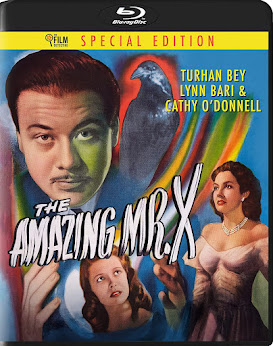 Turhan Bey has never been more charming than he is in 1948's The Amazing Mr. X, aka The Spiritualist, a gorgeously-shot atmospheric chiller from Poverty Row.

The plot concerns Alexis (Bey), a con artist who operates under the guise of a spiritualist, seeking to separate wealthy customers from their riches with the promise of communion with deceased loved ones, or glimpses of the future. Not unlike a stage magician, he employs sleight-of-hand and more than a few tricks of the trade in his profession, which we're allowed to see fairly early in the film. He's a charlatan, but he's also played with such ageless European charm by Turhan Bey, an Austrian-born actor of Turkish and Czech-Jewish descent (he was nicknamed "Turkish Delight" because of his smooth qualities) that we can't help but find ourselves rooting for a character that would, in any other movie, be the villain. 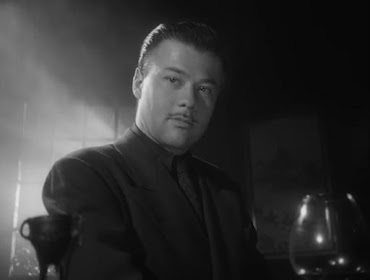 Alexis seeks to work his unique magic on a widow (played by Lynn Bari, a curvy actress who was also a World War II pin-up girl known as "The Woo Woo Girl") who lost her husband two years prior in a fiery car crash. When she begins hearing the voice of her dead husband calling to her, she questions her very sanity. Is she really being visited by a spirit from beyond the grave, or is she losing her mind? Fortunately, Bey's Alexis is in just the right place at just the right time, smooth-talking her into a world of seances and communion with the unknown.

The Amazing Mr. X is a wonderful little movie, full of dark atmosphere, engaging performances, and most importantly, some of the best cinematography of the era. This is mostly due to the involvement of John Alton, one of the best directors of photography ever to hold a camera. Alton was using techniques during the forties that would eventually become hallmarks of Film Noir. He wrote about this high-contrast visual approach in his 1949 book Painting with Light, and his work is still studied today. Truly, few movies look as gorgeous as those lensed by Alton, and his presence here in this low-budget independent film elevate it to the heights of the best studio pictures of the decade. 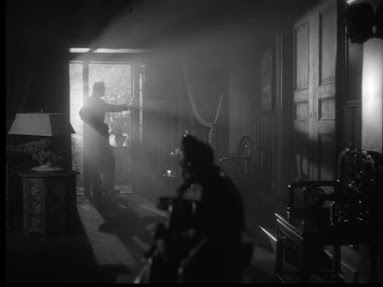 It's all fairly surprising for a Poverty Row picture, but then again, Poverty Row has been surprising audiences since the very beginning. The film began life in 1947 as The Spiritualist (re-titled when real spiritualists allegedly took issue with the name upon the film's release), a project for the prolific PRC (Producers Releasing Corporation), but was rolled into the Eagle-Lion Films production schedule after Eagle-Lion purchased PRC that year. Prior to 1947, Arthur J. Rank's Eagle-Lion company had specialized in releasing British movies for an American audience. The purchase of PRC was intended to flesh out the Eagle-Lion footprint by adding lower budget B-movies to their output. Sidebar: this tactic worked inasmuch as it led to the creation of some wonderful B pictures such as this one, as well as a string of excellent Noir films shot by Alton, but was financially disastrous. By 1951, Eagle-Lion was out of business. 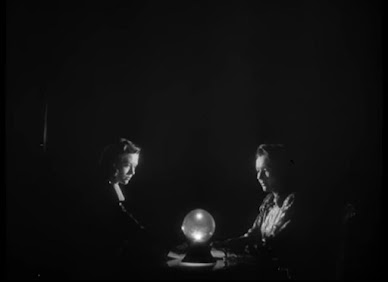 If John Alton's cinematography is the main reason to check out The Amazing Mr. X, Bey's performance is the thing for which it may best be remembered. A fascinating figure, Turhan Bey had made something of a name for himself at Universal during the early 1940s, starring opposite Maria Montez in a series of exotic adventure films that were big successes with audiences. During his tenure at Universal, he became a bankable movie star in some of the studio's most prestigious films; unfortunately, this all came to an end when he was drafted into military service. When he was released 18 months later, his career momentum was virtually non-existent. Universal offered him a part that he didn't want, so he refused it. His contract with Universal still had three years left, but Universal, eager to move on, sold the contract to Eagle-Lion, where he made four films. Bey would make a few more films in Hollywood over the next few years, including a film with Sam Katzman, but he departed in 1953 and would not return to the screen again for four decades. Bey's decision to walk away from it all and to virtually disappear for forty years somehow enhances his exotic qualities. There was much speculation about his fate, but the truth is that he didn't want to make B-movies for the rest of his life and simply dropped out of the spotlight, leaving behind a career of over thirty film appearances. The Amazing Mr. X was reportedly his favorite. 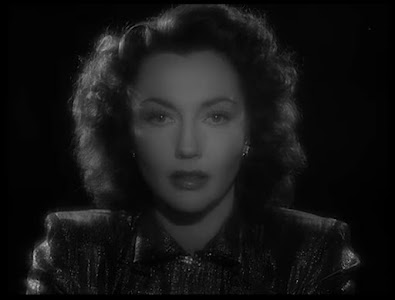 The new Blu-ray from The Film Detective is taken from Turhan Bey's own personal film print of the movie, which was discovered when Bey moved to Austria in 2000. Because the film is in the public domain, it has never been given the sort of deluxe treatment that it has now received. Sourced from a new 4K scan of the original 35mm film elements, The Amazing Mr. X Blu-ray features a commentary by professor and film scholar Jason A. Ney, as well as Mysteries Exposed: Inside the Cinematic World of Spiritualism, a new documentary from Ballyhoo Motion Pictures on the history of spiritualism in the movies. The doc runs about 20 minutes and covers everything from Carole Lombard's Supernatural (1933) to The Inner Sanctum Mysteries and beyond, and features spiritualist author Lisa Morton and the always-engaging film historian C. Courtney Joyner. The package also includes a new full-color booklet that offers an appreciation of Turhan Bey, written by Don Stradley. 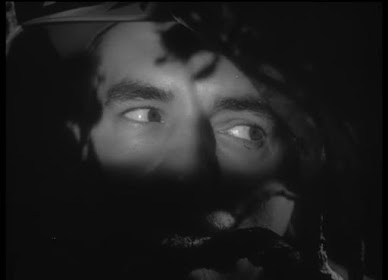 The Amazing Mr. X is a lot of things, walking between the raindrops of horror, Film Noir, mystery, and crime. Bey has perhaps never been more likable, despite his character's dubious morality, and the film is a perfect example of how beautiful black-and-white cinematography can be elevated to an artform. It's also a great example of why so many of us love Poverty Row cinema, which could at times transcend its limitations and compete (and even surpass) the best studio offerings. As seems to be an ongoing trend, the new Blu-ray from The Film Detective is a must-have for cinephiles eager to discover the films of the past in unprecedented quality and presentation. Highly recommended. 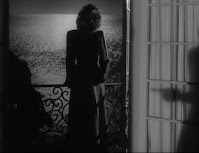 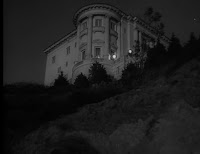 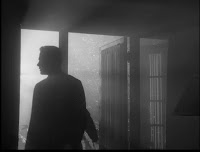