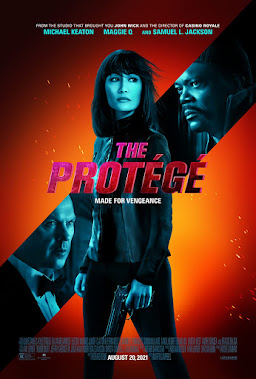 The Protege is the kind of movie that I keep saying Hollywood doesn't make anymore, and yet here it is. Once upon a time that doesn't feel all that long ago, cinemas were packed with movies like this one: reasonably-intelligent action-thrillers with likable actors, exotic international locations, and scripts with enough witty dialogue and twists and turns to keep you happily chugging toward the finale. And yet, The Protege now feels like a welcome holdover from a bygone era.

The Protege stars Maggie Q as Anna, an assassin trained from childhood in the art of killing by another assassin, played with relish by Samuel L. Jackson. On their trail is a bad guy named Rembrandt, played by Michael Keaton. What he does is never explicitly made clear, though the character explains his role in the story as the person who comes in and cleans things up for his boss and makes sure no important details are overlooked. The plot in brief: Maggie Q's character is a bad mother-shut-your-mouth, and she's looking for revenge against a very powerful figure who strikes the shadows. In her quest, she'll take on armies of corporately-funded bad guys, dodge a hail of bullets, and do much of this looking glamorous. Can she elude Michael Keaton's pursuits and find the person she's looking for to extract her revenge? 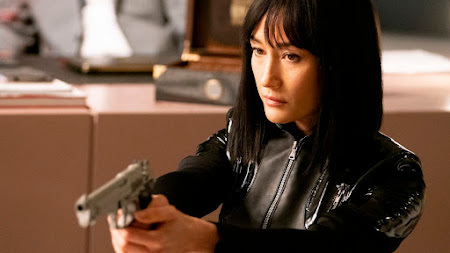 This movie stands on the shoulders of giants, particularly Luc Besson, who almost single-handedly created the modern girl-with-a-gun subgenre with his 1990 film Nikita, aka La Femme Nikita, which was remade in 1993 by Hollywood as Point of No Return, brought to television screens in 1997 as a weekly cable series, and then rebooted in 2011 as another television series, this time starring...Maggie Q. Even this film's father/daughter assassin dynamic is lifted directly from another Luc Besson movie, Leon, a.k.a. The Professional, which stars Jean Reno and Natalie Portman. Make no mistake, this movie doesn't exist without the career of Luc Besson.

Which is why it's so refreshing that this movie subverts those influences and surprises the audience as much as it does.

There are twists galore in The Protege. The filmmakers assume that you're well-versed in this sort of international action thriller, and they use the shared shorthand of these kinds of films to their advantage. So with the rules established, our writer and director set about to surprise us and take us into unexpected directions at every turn. Characters that appear to be major players are removed almost immediately. Our leads encounter dead ends. They get captured. They get tortured. Bad things happen to good people. Good things happen to bad people. 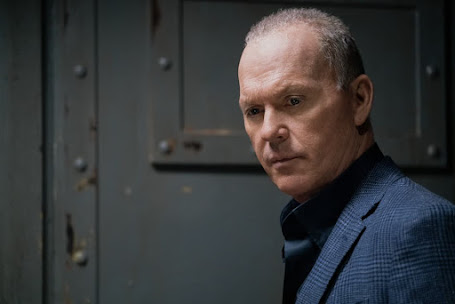 At the center of the interesting character work is the relationship between Maggie Q's Anna and Michael Keaton's Rembrandt. In the past ten years or so, Keaton has entered a whole new realm of his career in which he seems capable of anything. The one-time stand-up comedian who rose to fame in Mr. Mom, Beetlejuice, and Batman has become one of our boldest, most fearless actors, taking on the darkest of roles with a twinkle in his eye. In Protege, he's deeply attracted to Maggie Q's assassin, and she's attracted to him as well. While we've seen that sort of relationship on screen many times before, I can't recall one that felt so immediately dangerous but alluring at the same time. Keaton is incredible here, balancing coldness and interest; his fascination borders on obsession, but we never for a moment doubt that he has every intention of pulling the trigger when the time comes.

This is the third film I've seen that stars Samuel L. Jackson this year (following Spiral and The Hitman's Wife's Bodyguard) and it's the one that I have enjoyed the most from him and plays best to his strengths. For those who love Jackson's line in Pulp Fiction about striking down upon thee with great vengeance (which Quentin Tarantino lifted verbatim from a Sonny Chiba movie called The Bodyguard aka Karate Kiba), the actor has a speech in this film about the nature of evil that should long be remembered. There's another bit of dialogue that has also stuck with me in which his character mentions being thankful for friends that don't offer to help until you ask for it. Context is key and I won't spoil it, but it's a great line, and it's delivered masterfully. The Protege gives Jackson a lot to work with. On one hand, it's a bit of a callback to the 1996 film The Long Kiss Goodnight, but it also allows him to use his decades of experience. Jackson has veteran gravitas that he didn't have 25 years ago. 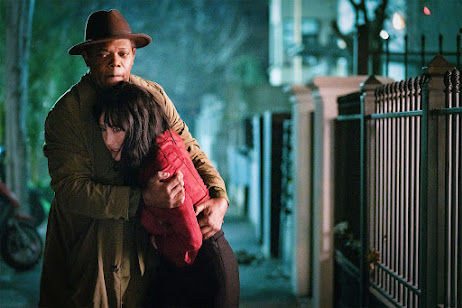 The real star of the film is, of course, Maggie Q. She's in nearly every scene, and if she didn't work in the role, then the movie itself would not work. Luckily, The Protege plays to all of her strengths by paying equal service to her beauty, but also her physicality and fighting ability. This is a movie that has a mob boss sucker-punch her in the stomach within the first few minutes. It trusts her, and it trusts us to accept that she can hold her own in a world populated by tough guys and thugs. This is, after all, a natural extension of her small screen portrayal of Nikita.

The Protege is brimming with merciless and bloody action, a massive body count, and Euro cool. It's no wonder, as this film was written by Richard Wenk (screenwriter for The Expendables 2, The Equalizer 1 and 2, the Jason Statham version of The Mechanic) and directed by Martin Campbell. If Campbell is not a movie buff household name, he should be: he's the director behind James Bond hits Goldeneye and Casino Royale (two of my personal favorites), The Mask of Zorro and The Legend of Zorro starring Antonio Banderas, as well as 2017's The Foreigner starring Jackie Chan. Yes, he's also the director behind the ill-fated Green Lantern movie, but his track record is far more weighted with hits than misses. 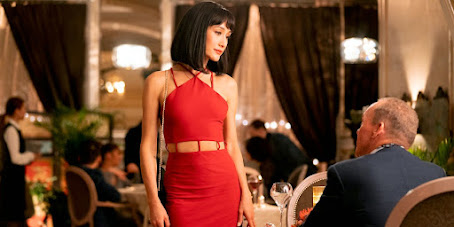 The Protege is a fine action film with likable stars and a compelling performance from Michael Keaton. It does stumble a bit from time to time, especially in figuring out how to actually end, but it does far more right than wrong, and it's impressive in the moments when it's firing on all cylinders. Hopefully, those who will enjoy it most will find it in the comings weeks and months. Though flawed, it's one of the better movies of 2021.

I began this review by saying that once upon a time, the movie theaters were packed with films like this one. In other words, not too long ago, most movies were at least this good. They were competently made, had storylines that weren't paper-thin, showed us things that we didn't see in a hundred other movies, and bore the fingerprints of their creators in a way that laid bare both the strengths and limitations of those creators. The Protege feels a bit like a return to those days for me, when action movies like The Replacement Killers and The Long Kiss Goodnight and Brian De Palma's Mission: Impossible and Robert Rodriguez's Desperado and yes, Martin Campbell's Goldeneye didn't have to break new ground, but I loved them because they had style and actors I liked, and they gave me enough spectacle to reward repeat viewings without having to completely check my brain at the door. The Protege lives in the house that Luc Besson built--a house that I admire--but it has added a fresh coat of paint and changed the furniture a bit. I'm glad to know that movies like this are still being made, even if they don't always get the attention they deserve.

The Protege is now playing in theaters.