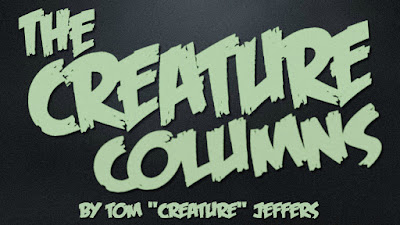 I have always loved Looney Tunes. I have always been a Daffy Duck fan. Some of my earliest memories are of the hilarious cartoons my dad and I would watch with this wonderful character. The old versions are classic and beloved.  I remember being excited about Duck Dodgers way back in the day. Just imagine how happy I was to discover a new version of Warner Brothers' greatest animated science fiction hero back in 2003.  I watched this show with absolute rapture before I went to sleep many nights.  My wife was incredibly tolerant of me needing my Duck Dodgers fix before bed. Like Mr. Garibaldi of Babylon 5, Daffy very well could be my second favorite thing in the universe.

The show starts with an amazing song sung by the great Tom Jones. It gives the feel of a cartoon that is taking itself seriously without taking itself seriously.  The music comes off as almost something like one would expect in a James Bond thriller.  Duck Dodgers is no James Bond, and that is the hilarious point.  The song is irony incarnate.   I absolutely love it.  Frankly, my love for Rowan Atkinson and his characters of Mr. Bean and especially Johnny English are a direct result of my Duck Dodgers fandom.  I adore the trope of the incompetent character that believes himself to be special.  These characters are modern day Don Quixote archetypes, and they have endless appeal. 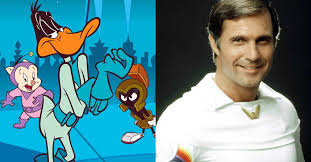 Duck Dodgers is somewhat of a namesake of Buck Rogers and the basic premise of the show is similar. Both are misplaced in time and are fully immersed in campy plots.  However, this incarnation of Duck Dodgers had a far more edgy feel than the Duck Dodgers of 1953.  The show truly takes time to develop stories and reoccurring villains are the norm. When trying to describe the show to those that have not watched it, it is often difficult to truly explain. It is at once goofy and typical Looney Tunes fare.  However, it is so much more.  The show somehow pulls off a “seriously not serious” vibe.  It is both silly and exciting. The show is immersive and one finds oneself rooting for Dodgers and feeling a kind of understanding empathy for Space Cadet Porky. Some of the best humor of the shows comes from the realization that Porky is generally correct and Dodgers is completely incompetent.  The laughs are on the surface but can be mined for more sophisticated humor.   Sequences like following illustrate the nature of the show’s dialogue.

Daffy Duck as Duck Dodgers: Long John Silver? What is that, some kind of copyright infringement?

Long John Silver the 23rd: Yar, it be in the public domain; I had me lawyers check it. 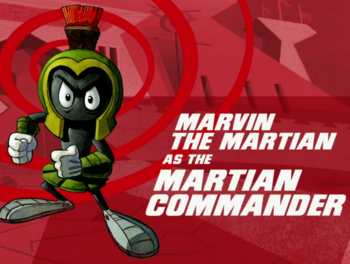 Once again I want to quote the show to illustrate just how self-aware it is.  This sequence is totally hilarious on the screen. The references are spot on, and the nods to culture are priceless.

Duck Dodgers: Thanks bud. I haven't walked this much in two seasons put together. Sheesh, I think I'm getting a charley horse here.

Ah-Choo: I am no simple piece of talking plastic! I am a heap, big, powerful wizard!

Duck Dodgers: Then I demand you use your paltry powers to send me home! [Dodgers tears off his kimono, his hair splitting out] Behold my messy hair of determination!

Ah-Choo: Wait! What are you doing? Stop!

Ah-Choo: First, Samurai Quack, we must have our customary battle preparation montage!

Ah-Choo: Well... its many interesting compositions will build dramatic tension.

Duck Dodgers: Then let's get to it, Kurosawa.

The reference to Asian cinema is very evident, and the name drop of Kurosawa is absolutely priceless.  Full disclaimer: I studied Kurosawa in a rather intense way when I was in college, so it may have hit my funny bone a little harder than others.  I just adore the dripping sarcasm and the self-awareness of this show.  I could simply listen to the dialogue and be interested. The writer, Michael Maltese, displays absolute command over the material and displays a sort of genius in the dialogues.  By doing this the show manages to be for kids while staying incredibly appealing to an older audience. The various adventures of Dodgers and company remain intriguing to this day. 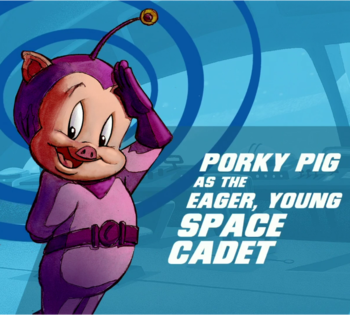 This incarnation of Duck Dodgers took a long time to make its way to completion. The first season was released on DVD in 2013.  The second season was released a few months later in 2013 on DVD.   Then the painful wait began.  Finally on January 28, 2020 the final Duck Dodgers season 3 was released to DVD.  The story is now complete and all 39 episodes are available. Finally! Or as Dodgers would say:

“This is opening new doors to feelings I never knew I had! Finally! A chance to champion the merits of goodness and honor! A way to prove my... WHOA! Check out the serious babeage!” 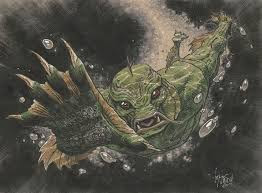