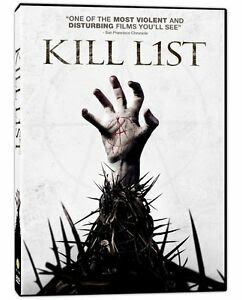 When I first heard of the movie Kill List, I was curious as to what it was about. Many sites had labeled it Lovecraftian in nature. Boasts of a shocking ending were plentiful. I decided to seek out this film and view it. I almost ordered it several times online from various outlets, but for some reason, I didn’t. I was patient, and like so many times, that was rewarded. Imagine my surprise when I found this film at my local Dollar Tree. I grabbed the single copy they had and excitedly headed home. Within the next few days, I watched the movie and knew that I was going to review it for Cereal at Midnight. The reasons for this are many, but suffice it to say that this film falls into the category of unique horror. I will be careful to not spoil it in this review so read freely.

This movie is more about the mundane nature of life than anything else. The main character is experiencing some sort of PTSD and is not working. The struggles to pay his bills and maintain his family cause even more stress. He fights with his wife. He makes up with her. He makes a general jerk of himself and shows remorse for it. He is comforted by a friend that suggests he come back to work with him. We slowly realize that this man and his friend have worked together as hitmen in the past. Reluctantly, he agrees to back to work. His wife understands his “business” and accepts it. She is complacent in this and behaves completely normally. She acts as if he is just going back to work for a normal job. It is as if the filmmakers are trying to show the audience the mundane and boring side of being a hitman. It is surreal, but it works perfectly.

Strangely enough, both men are excellent killers and quickly receive a contract from an unknown
party. Their new employer literally signs a paper contract in blood. The contract is to kill several
individuals, hence the movie title. The scene is cringe-worthy. It is a bizarre sequence that troubles both hitmen, but they shrug it off because the money is excellent. After this, a string of “hits” are carried out by our protagonists. The strange thing is that every time the target says “Thank you,” right before the end. Our main character becomes increasingly brutal and even extends his kills to those around the target that have participated in unsavory behavior. The implication is that the group had kidnapped children and produced child pornography or snuff films. This is important to the film because this man dearly loves his son. He is so angry at one of his targets that he brutalizes him. These scenes are not for the faint of heart. It is absolute violence. It seems as if the director is trying to involve the audience in justifying these killings. I honestly found myself disturbed at my feelings because I feel much the same way our protagonist does when it comes to the exploitation or harm of children. I think most people do. 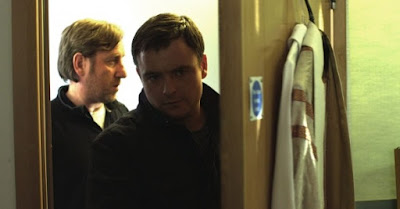 This film does a great job of making the audience identify with and even root for a hitman that brutally kills those that have done terrible things to children. It is extremely uncomfortable.  However, even this target thanks our protagonist right before the end and makes statements that he “understands” and that he was “glad to meet him.” It is completely bizarre.

The movie takes an unexpected turn at this point and leads us towards the conclusion. The final acts are claustrophobic and fraught with a payoff of earlier foreshadowing. The phrase “Thank you,” will be used once more. This will reward a careful observer with a tremendous sense of irony. In addition to this, the very final act is a total surprise to most people. I must admit that I figured it out a few moments before the big reveal, but I was actively looking for something twisted. Everything comes crashing into place in the end, and suddenly everything makes sense. I won’t reveal anything here, but if you watch the film from start to finish do it very closely. Active viewing will be rewarded. It is a subtle plot that just crashes around the viewer in a horrific climax that left me both disturbed and satisfied. 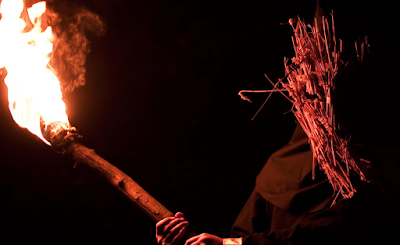 Kill List is a masterpiece that I am not sure I want to see again. Perhaps I will with close friends that enjoy smart and disturbing cinema. Please note that this movie is in NO WAY appropriate for kids. It will also disturb many adults. You have to go into it with the proper mindset to “enjoy” this type of movie. I knew what I was getting into and was prepared for it. It is violent, dark, depressing, and absolutely full of despair. It is a desperate grab at the existential and pushes the feeling of dread straight down the audience’s throat. If you enjoy dark cinema or what amounts to a terrifying folk tale, Kill List is among the best out there. You will not need popcorn. It isn’t that kind of film. You have been warned!