In 1980, a book by the name of The Clan of the Cave Bear emerged onto the scene. I did not read it. As the years passed, I heard people talk about this series as further books were released. Then in 1986, a movie starring Daryl Hannah was released. I remember watching that film with friends because we all were entranced by Ms. Hannah at the time. I would have been 16-17 years old and had realized that I was forever a part of “geek” culture. I loved the depiction of prehistoric times and the epic nature of the film. The movie was considered a flop at the box office, and no others have been made. However, this movie would pave the way for almost all serious prehistoric films we have enjoyed over the years. Films like Alpha (2018), that is an absolute joy despite its mediocre rating, owe a great deal to The Clan of the Cave Bear. 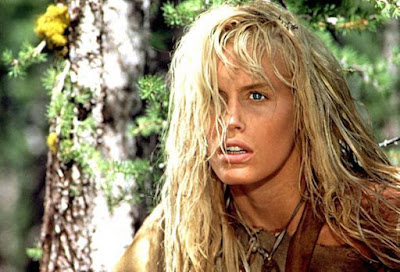 However, the true power of Auel’s story is in her novels. They span from 1980 to the final one in 2011. This decades long production is vast in scope and a tremendous commitment to make as a reader. I made that commitment recently and plowed through the books.  They exceed 6,000 pages of text. There is much criticism about them. Many people say that Auel never captured the magic of the first novel again. I could not disagree more. The novels have to be viewed as one enormous story. The details are incredibly high because Ms. Auel is a prolific researcher, and she has postulated a possible scenario of life in the ancient past. The only criticism I might inject is that the “sex scenes” after the first novel can come off as “cave man porn” or at least a bit over the top. However, those scenes are mostly sweet and depict the fierce and innocent love between the main characters of Ayla and Jondalar.

It would take massive amounts of text and space to review the books fully. For this review I want to focus on a few elements that make these stories so enticing. The theme of the books seems to truly center on finding one’s place in the world and the discovery of self. It also powerfully portrays the female hero without becoming preachy. The society, that Ayla and Jondalar live in, is much like ours. There are bad people and decent folks. There are all sorts of adventures and religious expression. There are extreme highs and deathly lows. The best aspect of the novels is the fact that they are so character driven. I honestly loved Ayla and Jondalar as if they were old friends. When they hurt I felt it. When they laughed, I laughed along with them. As a long time reader, it is an absolute joy when an author can make me have feelings for fictional characters. This story is so long and so detailed that I felt part of this prehistoric world. I must admit that every second was truly wonderful and when it was over I suffered from what many readers call “post book depression.” The wonderful thing about waiting to read this series is that it is complete. I did not have to wait but could move from one book into the next without pause. I think that enhanced the experience. 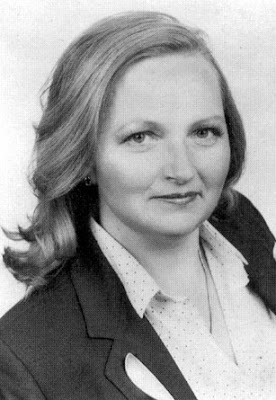 Part of me wishes that someone would adapt these books into a multi season television series, but I fear the amount of material would be difficult to manage. There is a rumor that Ms. Auel may be writing another book. However, she is almost 84 so time will tell. Even if she does not, what she has contributed to literature will stand as a beautiful story for as long as people read. This massive tale takes time and a deep commitment, but it is worth the ride for the beauty and wonder that can be had. It is worth the effort because the journey is not just through the past, but through what it means to be human. Make the effort; you will be glad you did. 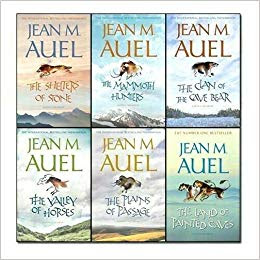