The King of Queens: The Complete Series Arrives on Blu-ray from Mill Creek Entertainment! 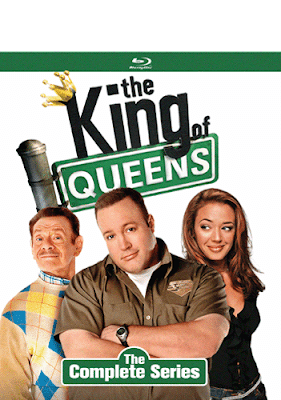 Mill Creek Entertainment has officially announced The King of Queens: The Complete Series for Blu-ray release! All 207 episodes from the nine-season run are presented in widescreen HD on 20 Blu-ray discs!

The set also contains special features including commentaries by Kevin James and show creator/executive producer Michael Weithorn, a behind-the-scenes featurette, a series retrospective, a thank-you to the fans, a 200th episode celebration, and a look at the writers of the show.

The King of Queens: The Complete Series is available NOW!