The Creature Columns: "The Head Hunter: Fantasy Horror at its Finest" by Tom Jeffers 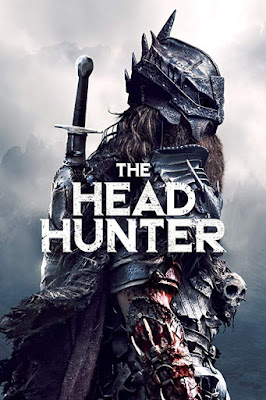 The fantasy genre is often overlooked in cinema. Of course, we have huge stories like The Lord of the Rings. However, for the most part, fantasy remains the least used genre. In recent years, Game of  Thrones broke down the doors to many possibilities, yet fantasy still remains firmly on the fringe. One must certainly consider that many movies have fantasy elements, but in general, those elements are rarely acknowledged. After all, what are Freddy Kruger and Jason? They are horror icons to be sure, but they could not gain this status without the use of fantasy.

When thinking about this genre, I generally find myself nostalgic for films like Conan the Barbarian, Red Sonja, Dragonslayer, Willow, or even something like Ralph Bakshi’s Fire and Ice. Most of these film types hail solidly from the ’80s and have a tremendous following. I am one of those devotees, and I often think modern fantasy is deficient in fundamental ways. The films of yesteryear did lack big budgets, and the special effects were poor by today’s standards. However, they created a “magic” for me that is rarely seen in today’s releases. With that said, I recently discovered a film that is so worthy and so absolutely wonderful that I have become its personal champion. I feel like a town crier of old as I attempt to get everyone in the circles that I run it to watch this movie. 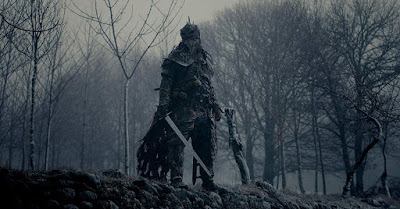 The Head Hunter is a film by director Jordan Downy that was also written by Downy and Kevin Stewart. This 2018 release was filmed for around $30,000 and is completely and absolutely mind-blowing. However, as of this writing, the audience score on Rotten Tomatoes sits at 55%. When one examines the critical score a different image emerges because it currently sits at 100%. IMDb places the film at 5.1/10. I believe that the difference in audience and critical score can be explained by two observations. While I have no evidence for this conclusion, I honestly feel that today’s audiences, for the most part, do not have the fortitude to endure “the slow burn.” I also feel that bleak movies tend to score lower in the current movie climate. Despite what critical information is available, my take on the film is more in line with the current critical consensus. 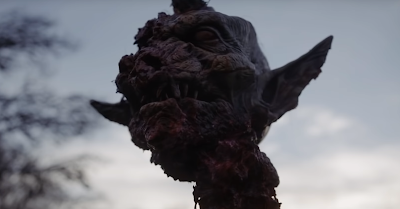 The Head Hunter is magnificent in ways that I have not witnessed in cinema for many a year. I would even dare to say that this film has redefined the standard for what low-budget filmmaking can be and how it should be done. In addition to these observations, this movie manages to blend the genres of fantasy and horror. Unlike horror movies that have elements of fantasy, The Head Hunter is a fantasy movie that has elements of horror. To wit: It is a solid fantasy, but it is also a magnificent horror film. This movie has only two actors and almost no dialogue. Father is played by the incredible Christopher Rygh who completely sells his part. He portrays the stoic warrior that is out for vengeance perfectly. Daughter is played by child actress Cora Kaufman. Her part is very small, but she is completely believable in the role. Their relationship is the window dressing for the entire plot of the movie. 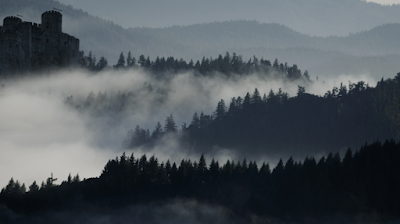 The opening scenes of this movie showcase the bleak and hopeless nature that embodies the entire film. Father stares out into the wilderness; his face and dead eyes portray his resignation to his fate. He seems a man that is seeking to postpone the inevitable while realizing his almost hopeless situation. This stoic face will become important later in the movie. I found this sequence mesmerizing, especially in retrospect. This is quite possibly one of the best shots ever captured that is intended to mirror another shot at the end of the film. This concept is very difficult to explain with words and without spoilers. It has to be seen to be understood fully. The cinematography in this film is top shelf as well. It contains vistas that are equal in quality to the finest films ever made. The bleakness of the landscape almost evokes an emotional response. It seems as if the viewer can feel the cold winds and the loneliness is so mirrored by the landscape that it is almost painful. 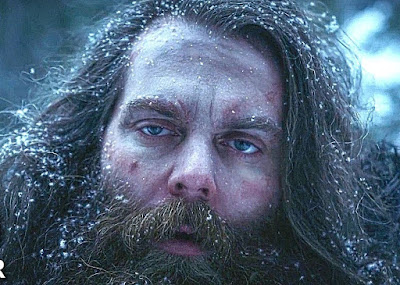 It is within this world that Father must exist. I use the term exist, for that is what he is truly doing. He is single-minded to the extreme, and his is a life that is devoid of joy. There are only the raw emotions of sorrow and the desire for vengeance. Father is a man that lives only in the now of his quests. No amount of pain, suffering, or discomfort can sway his inner demons to leave him. This is a world of monsters that are real and imagined. It is a struggle against madness and sorrow that is almost unbearable. The entire time I watched this movie, I felt strongly for this man and his quest. His pain, sorrow, and anger is so palatable that it has an emotional effect on the viewer. Christopher Rygh’s portrayal of father is not only emotional; it is visceral. 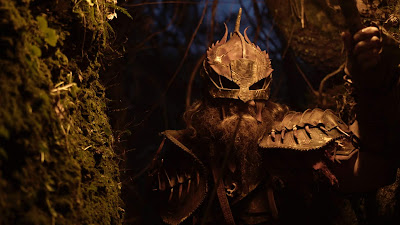 The plot of this movie centers on a man that is a hunter of monsters. There are all kinds of them in this fantasy world. We are never told the entire story of how all things have come to be. There is such a theme of isolation and hopelessness in this movie that it almost feels Lovecraftian in nature. It feels as if Father has been cast out of society. It is a society that needs him, but one that does not wish to interact with him unless it is absolutely necessary. The bleak existence of this man is almost mournful. 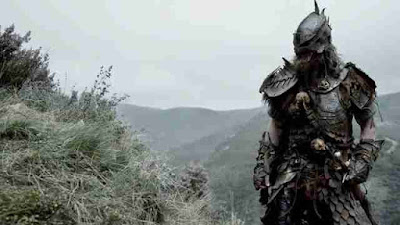 It is likely these elements that cause many viewers to dislike the film. Father is not someone that moviegoers would wish to identify with. However, that is the beauty of this very powerful film. We are forced to identify with this man, and we do not like what we find. In his isolation and sorrow, we see the possibility of hopelessness in our own lives. We too fight monsters that remain undefined. The film serves as a clarion call to remain wakeful lest we find ourselves defeated by our hopeless indifference. Our sorrow can serve to make us careless and devoid of hope. This film is so much more than a fantasy film. It is a comment on the dark corners off the human heart. Sometimes, we do not like what we find there. 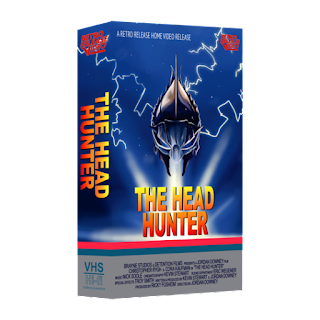