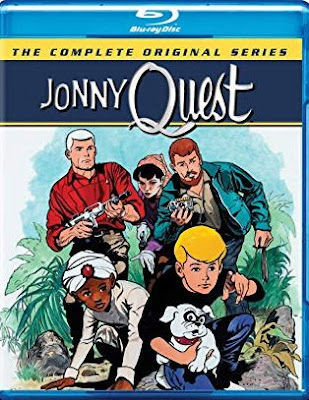 One of the most ambitious and beautiful cartoons Hanna-Barbera ever produced has arrived on Blu-ray from Warner Archive!

If ever a cartoon was able to cohesively capture the excitement and adventure that was in the zeitgeist during the early-to-mid 1960s, it's Jonny Quest. In each of the original 26 episodes, young Jonny (voiced and at least partially modeled after then-child-actor Tim Matheson) accompanies his very important father, Dr. Quest, on a globe-trotting adventure that leads them directly into real peril. The two Quests are joined by Race Bannon (man of action!), Jonny's friend and fellow youth Hadji, and their feisty dog, Bandit, as they narrowly outrun certain death each and every episode. 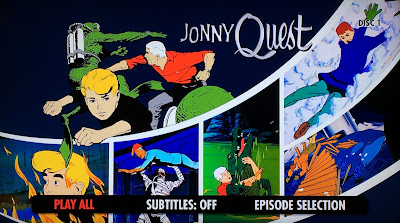 Jonny Quest seems directly influenced by just about everything that was cool in the early sixties, with each half-hour animated episode appearing to draw from all the comics, movies, and adventure magazines of the era. Our intrepid team faces spies, mummies, supernatural monsters, other-worldly UFOs, and Cold War commandos against a backdrop of high-flying jet airplanes, rocket-age technology, and secret government organizations with acronyms.

The music is equally iconic in its sixties majesty. The famous theme song features twanging guitars, jazzy bass riffs, and bold brass horns that call us to adventure over and over again. It's triumphant, exotic, and distinctly of its time. The music is a portal, an invitation into a world of danger in which safety is not guaranteed, but thrills are. 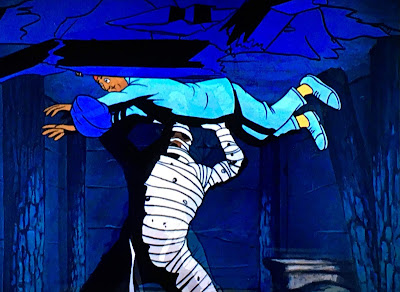 Jonny Quest does not look like anything else on television from its day. The animation style was time-consuming and expensive, but visually stunning. Hanna-Barbera's house style, made famous through cartoons like Huckleberry Hound and Yogi Bear, is nowhere to be found, replaced by more realistic designs, deeps shadows, and high levels of detail. Each image seems to have been pulled from the pages from one of the many adventure magazines or comics that were so popular at the time, and stands as a high benchmark for the animation studio and what the medium can achieve.

Yes, we're big fans of Jonny Quest. There's really no other show quite like it, and Hanna-Barbera achieved something so remarkable and enduring that new fans are still discovering and appreciating, not because of nostalgia goggles or sentimentality, but because the show retains all of its powers, even over a half-a-century after it first aired on TV. 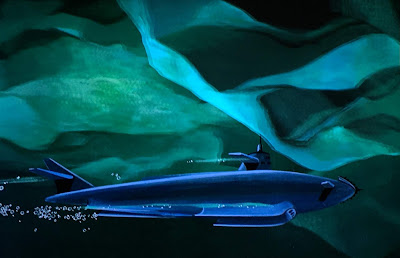 Now Jonny Quest has arrived on Blu-ray courtesy of the wonderful folks at Warner Archive, and the new HD transfers are absolutely stunning. Colors are bright and detail is crisp, revealing all the wonderful little imperfections in the image such as cel scratches and lens blurs that hint toward how much man-power and effort went into each frame. The image has vibrancy and immediacy, and has arguably never been more cinematic than it is on Blu-ray, as the high definition image washes over the viewer and enfolds them into this world of mad scientists and power-hungry politicos.

It's also worth pointing out that this is the first time since broadcast that some of these episodes have been presented in their complete, uncut form. The show was made in a very different time from our own, where air travel was just starting to make global travel not only possible, but attainable. Almost every episode transports viewers to faraway exotic locales like mysterious Calcutta, the jungles of the Amazon, uncharted islands populated by witch doctors or voodoo practitioners, mysterious Asian ruins, and isolated Nepalese monasteries. With these exotic locations comes some dialog from our protagonists that has not stood the test of time, and that had been snipped from previous home video releases. References to native cultures as "ignorant savages" or usage of the term "Oriental" that were previously removed have now been restored. Whereas our review of Warner Archive's recent Popeye Blu-rays notes that Warner has added a disclaimer about the ethnic insensitivity, no such disclaimer is present here. Fans who have been longing for the original broadcast versions of these cartoons can rest easy, as we have them at last. Or at least, we have everything that survives. 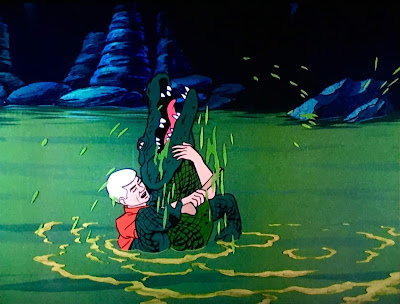 The new Blu-rays retain four featurettes from the original DVD release of the show. There's a fact file and trivia track, a fifteen minute retrospective on the importance of the series featuring animators, producers, and directors, ten video profiles on the characters, their equipment, and the locations, and lastly, a vintage sneaker commercial featuring the P.F. Flyer shoe!

Jonny Quest is a remarkable show in every way. The plots are exciting, surprisingly violent for animation (at least one poor sap buys the farm in just about every episode), and remarkably chilling. The first episode on the set, "The Mystery of the Lizard Men," still makes me squirm as faceless pursuers in green diving suits assault our heroes from all sides, including from beneath the surface of the water. Similarly, certain episodes, like those featuring a mummy, a werewolf, or even a UFO, do not back away from the frightening ideas of killers that watch silently through the windows, shrouded in darkness. These episodes have a mid-century horror feeling that must have sent at least some children to bed with nightmares. How fantastic! 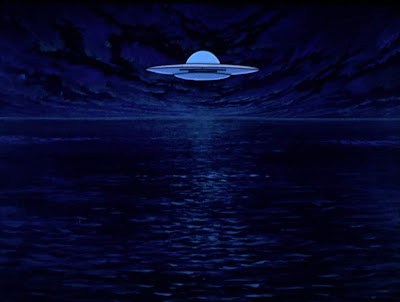 Warner Archive's Blu-ray presentation of Jonny Quest is now the archival and definitive release of this classic and beloved show. It's a package worthy of Hanna-Barbera's ambitious sixties classic.