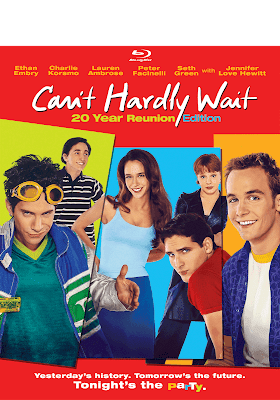 The late nineties was a second golden age for teen movies. Over a decade after John Hughes first gave a voice to the realities and tribulations of teens, a new generation of young people were treated to a brief-but-memorable wave of youth-driven films. Though it only spanned from 1998 to 1999, studios made one teen film after another during this cycle: She's All That, American Pie, Never Been Kissed, Drive Me Crazy, Cruel Intentions, 10 Things I Hate About You, The Faculty, Varsity Blues, Disturbing Behavior, Detroit Rock City, and of course, Can't Hardly Wait. Not since the halcyon days of the 1980s had there been so many teen-driven films that carried such box office might.

Can't Hardly Wait predates many of these films, coming early in the movement, and it's a movie that has held a special place in my heart for twenty years now. I was 18 years old when it was released, just one year out of high school. The characters were archetypes, no doubt, but high school is full of archetypes. Just like in real life, I've always felt that the characters within the film weren't just defined as "jock" or "nerd" and seemed to have layers beneath their exterior. Even now, I still recognize so many of these people and their insecurities, and I'm able to identify with more than one. The writers and directors of this film, Harry Elfont and Deborah Kaplan, would bring that same three-dimensional approach to their underrated 2001 musical comedy Josie and the Pussycats. 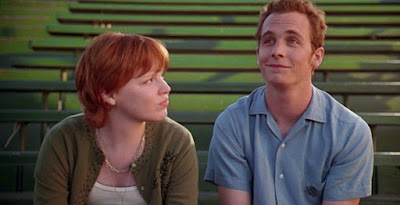 The bulk of the story takes place in one night as our main protagonist, played by Ethan Embry (That Thing You Do), resolves to declare his love for the hottest girl in school--played by Jennifer Love Hewitt (Heartbreakers)--during a party after graduation. But there are multiple characters and multiple story arcs happening all around the central plot. Seth Green (Austin Powers: International Man of Mystery)  plays a suburban white kid who is trying his best to seek identity as a hip hop thug. Lauren Ambrose (Six Feet Under) plays the hippest of indie chicks, feisty, but walled up for her protection. Charlie Korsmo (Dick Tracy) is the leader of a trio of nerds, focused on extracting revenge on the cool kids for always pushing them to the fringes. Peter Facinelli (Twilight) is the popular jock struggling to come to terms with what lies beyond high school. Each character has their own unique barriers that they must overcome during the course of the film. There's even a wonderful guest appearance by Jenna Elfman, hot off TV's Dharma and Greg, in a brief--but important--role. Somehow, even this glorified cameo has weight. The cast is also filled with actors who were having a moment or would soon break out with their own careers. Sean Patrick Thomas, Donald Faison, Melissa Joan Hart, Jaime Pressly, Jason Segel, Eric Balfour, Selma Blair, Breckin Meyer, and Jerry O'Connell all appear in background or supporting roles. Some of them aren't even credited. 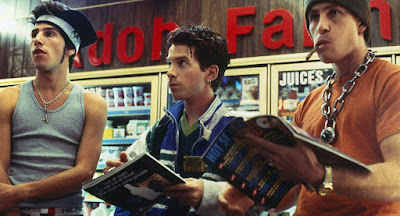 For a variety of reasons, Can't Hardly Wait stands apart from its brethren. There's an upward-reaching spirit, a sweet earnestness that reminds us, like The Breakfast Club all those years earlier, that we're not all that different at the end of the day and we all have our own problems and wounds. It's a unifying movie, not a dividing one. I admire and respect it, and it holds up for me more than any other teen film from this time period. I was the perfect age when it was released, roughly the same as the characters on the screen, and it hit me directly where I lived. For my wife, 10 Things I Hate About You is her high school movie. I think we all have one single film that idealizes or sums up our own high school experience, or perhaps the experience we wish we'd had. It's become common knowledge in recent years that this movie was conceived as an R-rated comedy with lots of raunchy sexual content and drug use, but all that ended up on the cutting room floor so that the filmmakers could bring the film in with a PG-13 rating. I'd be lying if I said I wasn't curious about that longer cut, but I believe ejecting all those other elements makes this film unique among the teen comedies of that time, and what ultimately makes it endure.

For several years, Can't Hardly Wait was out of print on DVD and Blu-ray, but our friends at Mill Creek Entertainment have just released a wonderful "20 Year Reunion Edition" of the film complete with two commentary tracks (one of which features Seth Green speaking with an English accent for so long that I was momentarily convinced he was really British), as well as the following special features: Huntington Hills Class of '98 Reunion Special, The Making of a Teen Classic Featurette, The Life of the Party Featurette, Deleted Scenes, and "I Can't Get Enough of You Baby" Music Video by Smash Mouth. The video is 1080p High-Definition Widescreen 1:85.1, the audio is DTS-HD Master Audio 5.1, and there are optional English subtitles. My review copy includes a slipcase that replicated the cover art, which itself is taken from one of the original posters from the film's 1998 release. 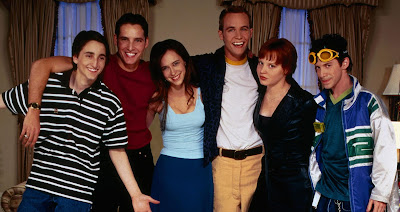 It's funny revisiting a movie that meant so much to me 20 years ago. Like Ethan Embry's character, I wanted to date Jennifer Love Hewitt in 1998. Now, as an adult, I'm far more attracted to Lauren Ambrose's character, and I realize that I actually married someone that embodies that character's feisty independence. I used to see myself as the Charlie Korsmo character, but now I see little pieces of myself in just about everyone. It's also interesting to realize that the struggles these characters were dealing with as 18 year old teenagers never really go away. We're always wondering what the next step is going to be, or if we can seize opportunities that are right in front of us. Can't Hardly Wait is a special movie, filled with characters and circumstances that we recognize and which are dealt with in a way that doesn't feel patronizing, but instead feels sincere and upward-reaching. Twenty years later, this film is still something special.