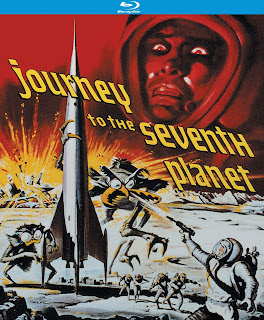 This 1962 science fiction film from American International Pictures balances some big ideas with a small budget to challenge our perception of reality.

The highest compliment I can pay 1962's Journey to the Seventh Planet is that it manages to make something out of almost nothing. This American/Danish co-production has a high concept, but also a very small budget, offering a large story on a very small scale with next to no resources at all. Maybe this is why the movie frequently feels like a television production in the vein of Lost in Space or even Star Trek. For me, this is not a bad thing; I'm a champion of low-budget, high concept fare, and while this movie doesn't exactly soar, it's entertaining enough given what it is. 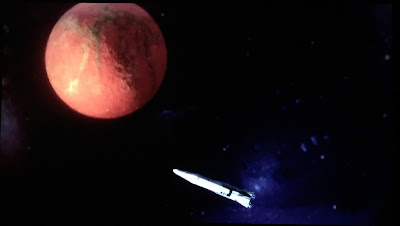 Anchored by American lead actor John Agar (Fort Apache), Journey to the Seventh Planet depicts the far future of 2001 and features a brave group of astronauts (part of the United Nations Space Fleet, we're told) as they travel to Uranus, the seventh planet from the film's title. Agar's team of specialists have been in transit for a long time, missing basic creature comforts like McDonald's and the soft touch of a woman's skin. 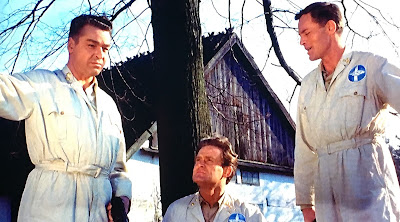 Upon arriving at Uranus, things really get interesting. First, the planet has atmosphere. Weird! Second, the landscape looks exactly like the one they left back home. There are even rocks and streams in familiar places! Double weird! Finally, they keep seeing beautiful women who look just like Earth girls (one of whom is played by Anne Smyrner, as seen in 1964's Code 7, Victim 5). The UN Space Fleet astronauts are explorers, so it is their duty to get to the bottom of the mystery. No amount of beautiful women will stand in their way. 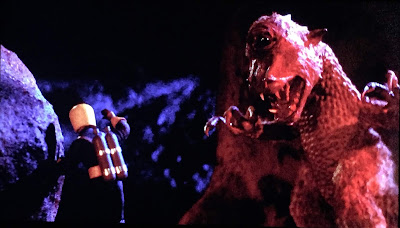 The movie does a fair enough job of exploring its ideas while giving us a reasonable amount of adventure and excitement. There is a stop-motion monster that can never live up to its Harryhausen contemporaries, but it's cool that they tried. The big, bad, ultimate threat on the planet is handled reasonably well, given that there is no budget to really explore the entity's true power or appearance, so there are lots of camera tricks and cutaways that do enough to convey the danger and be visually interesting (think the final confrontation from Star Trek V). 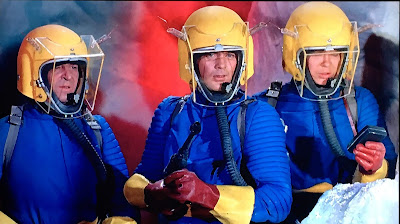 Journey to the Seventh Planet was co-written and directed by Sid Pink, an exploitation producer behind other notable genre films of the time like The Angry Red Planet and Reptilicus, which he also directed. Honestly, it's a little dull, but it's also very colorful and ambitious, which is reason enough to appreciate it. The film was released in the United States by American International Pictures. AIP is one of my absolute favorite movie studios and distributors, and this movie fits right in with the other monster-from-space movies that many studios were producing at the time. As has been pointed out, the film also bears similarities to 1972's Solaris, making it a curiosity for genre film fans. 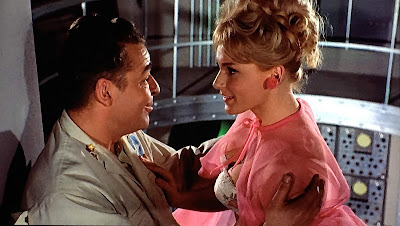 I first watched this movie late on a Saturday night, which was the perfect time to allow myself to be taken away by the story. The Kino Lorber Studio Classics Blu-ray offers a clean presentation that represents the colors well and is only marred by a few scratches on the print that actually add to the charm. 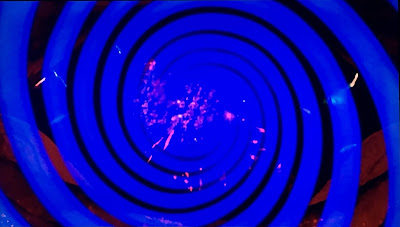 While it's not necessarily "good" in the conventional sense, there are a lot of things to like about this movie. John Agar possesses and aging nobility, and his crew are likable enough individually. Furthermore, I'm learning that I'll watch Anne Smyrner in just about anything. There are also two other actresses, Greta Thyssen and Mimi Heinrich, that both embody the mid-century view of feminine beauty. When you add in the lean running time (77 minutes), the ambitious stop-motion effects, the cool set design, and a really awesome theme song by Danish performer Otto Brandenburg that plays over the end credits and recaps the whole plot, Journey to the Seventh Planet becomes more than the sum of its parts. Recommended for genre fans and late night sci-fi cats.