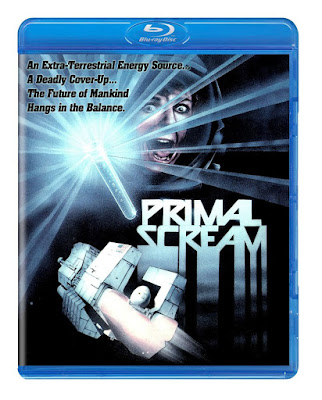 It is the future. An alien energy source has been discovered and mined, but its side effects include horrible death. A washed-up former cop who is now a private investigator must discover the secret of "hellfire" before an evil corporation destroys the world. With the help of a former love interest, the truth is just around the corner, but time is running out.

This is the plot of Primal Scream, a 1987 ultra-low budget, ultra-indie genre film that had been essentially lost to the sands of time until Dark Force Entertainment rescued it and released it on Blu-ray earlier in 2018. Primal Scream was written and created under the title Hellfire, but for clarity's sake, I'll be referring to it only as Primal Scream, since this is the name under which it was released.

If you're familiar with Code Red, a label that specializes in distributing very small, drive-in style feature films from the heyday of the genre, you'll understand what to expect from Primal Scream. Dark Force Entertainment is a relatively new distributor, but they seem to have affiliation with Code Red, and this movie fits right in with the the rest of the library of obscure--but often delightful--cult films. 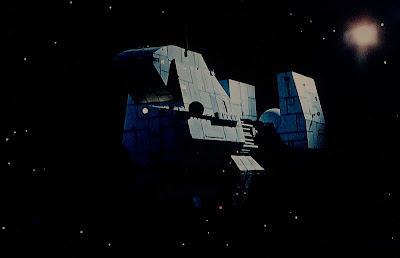 Taken on its own, it's easy to judge Primal Scream as falling well below the mark. In a documentary that I'll talk more about in a moment, even the lead actor of the film reminisces that it's "so bad it's good." This is a fair and accurate way to sum up the movie, but it does do it a disservice.

Primal Scream is a mystery story that hops from genre to genre, sometimes a science fiction detective film in the style of Blade Runner (complete with a mournful saxaphone straight out of film noir), but it also dips into hard science fiction and horror, with at least one scene straight out of a Friday the 13th installment. It's schizophrenic, but therein lies a lot of the charm.

If this were a studio picture with a modest budget, Primal Scream would be a failure, doomed to the B-movie circuit and lampoons from shows like Mystery Science Theater 3000. But a little digging reveals that it was created by a group of kids in their early twenties for almost no money--the financing came from a private investor--and completed over the course of three years (1983-1986) in their spare time, on weekends, and when budget and actor availability would allow. This changes the narrative.

Under these circumstances, it's kind of hard not to adore the movie. What would have been a small-budget cast-off from a studio is a no-budget success from a group of Monster Kids who grew up loving science fiction and horror movies. The things these kids accomplished with their movie--shot on 35mm film, no less--are simply staggering when you realize they did EVERYTHING themselves. 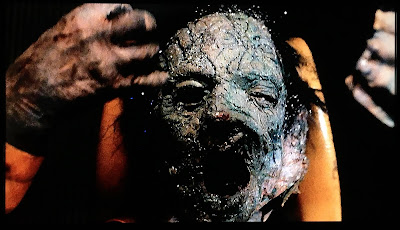 Their biggest achievement is in the special effects, of which there are a surprising amount: things like decaying human flesh and space ships in flight are not only done adequately, but successfully. The score, when not employing a sad saxaphone, leans heavily into early synthesizer music in a way that I really dig. The editing is on point. The performances, while not great, are surprisingly good when you realize this movie was made by young kids in New Jersey, far from the casting offices of Los Angeles.

More than once when watching Primal Scream, I was reminded of the classic era of Doctor Who and how that show took a very small budget and make it look like so much more than it was. That's exactly what the director, William J. Murray, and his friends did with their movie. You can see the blood and the sweat between the frames. Fittingly, the Doctor Who comparison holds up to multiple aspects of the production. The special effects of Primal Scream employ some of the same tricks that British TV shows used in the 1970s to make their work look as good as possible for as little money as necessary.

I really like Primal Scream. It's rough around the edges and a little unpolished and muddy at times (its script is a little confusing), but all that just adds to the DIY charm. All of this is further explored in a wonderful "making of" documentary called Made a Movie, Lived to Tell, which is co-directed by William J. Murray, the guy who spearheaded Primal Scream over three decades ago. Pretty much every surviving member of the cast and crew reunites to discuss how hard they worked on this project in the mid-eighties. These guys are easy to relate to because they represent us. They are movie fans, sci-fi and horror kids, with no formal filmmaking training or education, who loved those stories so much that they decided to make one themselves.

The Blu-ray package (which is really wonderful) also includes an audio commentary from Murray as well as a six-minute short film that these guys made in 1981 to show investors in hopes of getting their movie finances. If you can believe it, the six-minute version of what would become Primal Scream is actually even better than the finished movie. It's kind of stunning in how good it is, if I'm being honest. They use every trick in the book to cut together a pitch that absolutely looks like it could hold its own with theatrical releases of the mid-eighties. 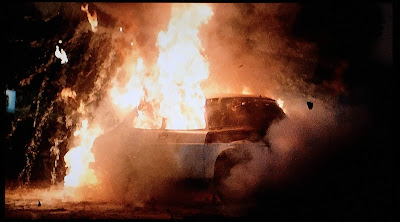 Hopefully I've adequately conveyed what Primal Scream is. Ultra-low budget indie movies aren't everyone's cup of tea, but here at Cereal At Midnight, we're champions of imagination and determination. When you put those two things together, it's amazing what you can accomplish. The world tells us "no," and it told William J. Murray and his friends "no" over and over between 1983 and 1986, but they didn't listen. They kept working, and they eventually completed their movie, took it to the film festival circuit, and cut a deal for home video distribution, allowing Primal Scream a place on video rental store shelves, joining the pantheon of direct-to-video hidden gems.

Primal Scream is not a great movie, but it's a fun movie filled with love and hard work. Knowing the story BEHIND the movie makes it even easier to appreciate, because there's no reason that this movie should be as good as it is. William J. Murray, as well as his cast and his crew, should be commended for making a movie on 35mm film completely by themselves. Furthermore, Dark Force Entertainment should be commended for rescuing this ambitious little picture from obscurity and putting it back in the minds (and on the shelves) of genre fans and cinephiles.