Donkey Kong Country and the Greatness of "Aquatic Ambiance" 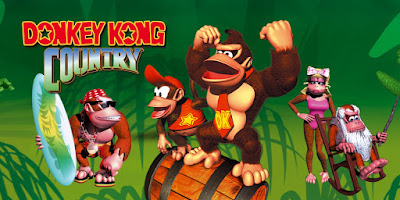 I've been playing a fair bit of Donkey Kong Country lately on my SNES Classic Edition, and I've been struck all over again by what an amazing video game it is. Something I'd forgotten, though, was how beautiful the soundtrack to the game was (and still is), with a lot of different genres of influences going into the pot. The music for the game was composed primarily by David Wise with help from Eveline Fischer and Robin Beanland; Fisher's goal was to create music that would sonically refer back to great synthesizer scores of the past. He threw in some world rhythms and a bunch of African instrumentation, and the rest is history. 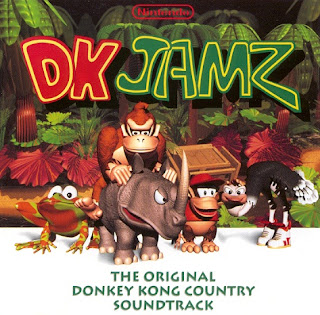 The legacy of the soundtrack is nothing new: Nintendo was so proud of it that they actually released it on CD in 1995, but the years had made my brain foggy and I'd forgotten how hauntingly-beautiful some of Wise's work could be. There's no greater example of how a video game's music can help tell the story and set a mood than "Aquatic Ambiance," an atmospheric, melodic earworm that sets up shop in your brain and refuses to leave. What amazes me all these years later is how they were able to create such a hauntingly-beautiful melody with a single computer chip, Sony's SPC700.


In searching YouTube, I've discovered that I'm not the only one who feels this way about the track, and there are tons (dozens and dozens) of videos where people present their own renditions of the composition on solo piano, or acoustic guitar, or their a capella voice, or even with a jazz band. My favorite, though, is from a YouTuber named "RichaadEB" as he delivers a face-melting metal cover of the song. His video shows that the tune is flexible enough to be interpreted in some really unconventional ways but still retain the heart and soul of the original. Check out his video and give him a thumbs up because the dude deserves it.