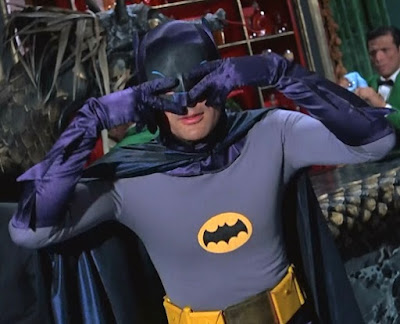 Adam West is gone. It happened Friday, June 9th, and it's somehow comforting to me that there's a good chance I was watching his work when it happened. It's become a habit for me and my daughter to watch a few episodes of the 1966 Batman series at night, with the troubles of the day behind us. In those late hours, we can give ourselves over to the Technicolor world of Gotham City and its larger-than-life inhabitants without cynicism. We love seeing how Batman and Robin get out of each perilous cliffhanger, each deus ex machina ending more ridiculous than the last. Yes, Adam West was known for other work, but it was his turn as the Caped Crusader that made him an icon to me, and to millions of others. This is my tribute.


See, Adam West was such a great Batman because he played the material with a straight face. Never one to take himself too seriously (further evidence: a 1980 Canon movie called The Happy Hooker Goes to Hollywood), he clearly was a man full of humor and passion. The sixties Batman was most definitely meant to make us laugh, but West never acted on screen as if he were somehow above the jokes. He never winked at the camera or rolled his eyes. He played the part with the earnestness of the righteous, and so all of us kids subconsciously respected his Batman as a legitimate hero. And you know what? He was.

To my never-ending surprise, I still encounter people who think that William Dozier's television series was unintentionally silly, as if the filmmakers of the 1960s were out of touch with reality. I ran into one of them not that long ago, as he complained that Cesar Romero's Joker was too silly and that the series didn't try to be gritty at all. He's right about the latter, thank goodness. Furthermore, we didn't care when we were kids. Before taxes and mortgages, we saw the series as the ultimate showdown between good and the forces of evil. By embracing the role that would, in a bittersweet turn of events, come to overshadow his entire career, Adam West became the best of both worlds: a hero that kids could admire, and an actor that grown ups could enjoy watching.

When you watch Batman with adult eyes, you quickly realize that it's not only very funny, but also very clever and smartly written. It's pop art, with emphasis on both POP and ART. West is playing a character on multiple levels, and I can't help but conclude that there was a lot of Adam West in his Bruce Wayne and Batman. The Batusi? The glasses of milk and the sage advice about the importance of sleep, traffic safety, and civic duty? Sure, these things were products of the script direction of head-writer Lorenzo Semple, Jr., but they wouldn't have come to life without Adam West. It's hard to lament a life that lasted 88 years, but it's always sad to say goodbye to those who had such a huge impact on our pop culture. I suddenly find myself in middle age, but I STILL want to be more like Adam West and his Batman, maybe more now than ever before. Cool under pressure and always eager to offer a second chance.

So Cereal At Midnight raises a glass of milk to you, Mr. West, OUR first Batman, and a heck of a nice guy who always supported and gave back to the fans. You will continue to be loved, and your work--as Batman, as an actor, and as a creator--will no doubt be discovered and cherished for generations to come. Thank you for all you gave us. Thank you for being a hero. 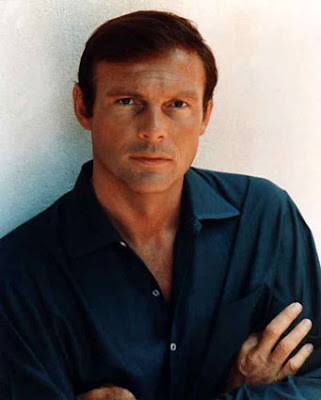