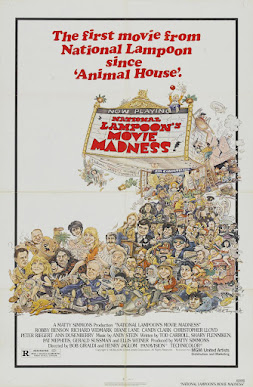 National Lampoon's Movie Madness is not funny. It's not unfunny in a way that certain comedies from the past can be, where the humor relies on situations and references that haven't translated to modern times. It's also not unfunny in the way that really smart comedy can sometimes be, where you see the cleverness of the observation, though it doesn't elicit a chuckle. No, it's just not funny.  Movie Madness  consists of three different and unrelated segments, each running approximately 30 minutes. We have a parody (if such a word can be used) of "growth movies" (going away so I can find myself), a parody of soap opera melodramas, and a spoof of cop movies. To use the word parody or spoof would imply that there are jokes associated with these stories, but really, almost no jokes exist. The tales themselves feel like exercises in creative writing, or even collegiate projects. Given the Harvard origins of National Lampoon, this makes sense. However, wha
Post a Comment
Read more

UNSCRIPTED: How Much Darker Can DC Movies Get? 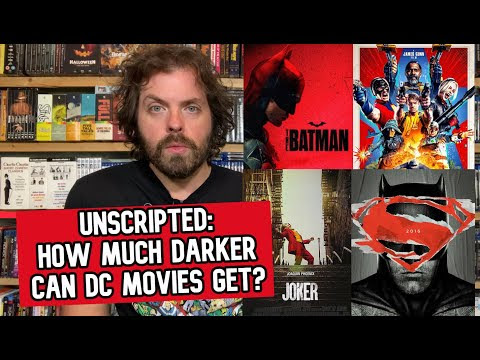 Each new DC movie from Warner Bros. seems darker and grittier than the one that came before it. In this UNSCRIPTED episode, Heath discusses the history of DC and its connection to darkness in the movies AND in the comics! Want EVEN MORE Cereal At Midnight? We've got you covered! Support us on Patreon and gain access to our huge vault of exclusives, which includes over 100 videos that aren't available anywhere else. Find out more at Patreon.com/CerealAtMidnight! CerealAtMidnight.com Facebook/CerealMidnight Twitter: CerealMidnight Instagram: CerealMidnight Letterboxd: CerealAtMidnite Shop: CerealAtMidnight.Threadless.com
Post a Comment
Read more
More posts