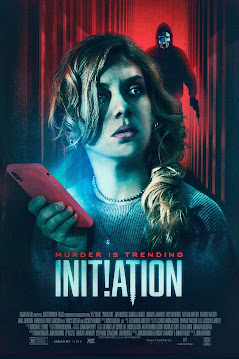 Initiation is a thoughtful new slasher film that offers an interesting twist on an old formula.  The setting is familiar: a university campus, dorm rooms occupied by frat boys and sorority sisters looking for a good time. The party gets out of hand and things go too far. There's an assault, a cover-up, and then the murders begin, perpetrated by a masked killer who uses an impact driver to impale his victims with long metal spikes.  It's not surprising to find out that the director of Initiation , John Berardo , has adored Scream,  Wes Craven's reinvention of the slasher genre, since he saw it as a ten-year-old in 1996. Just like Craven flipped the script on expectations 25 years ago, Berardo has brought his own post-modern twist to the slasher film through the addition of social media itself as a character in the film.  Scream  invited viewers to play along by acknowledging the rules of the horror film. Similarly, Initiation  brings things into the social media age where ev
3 comments
Read more
More posts