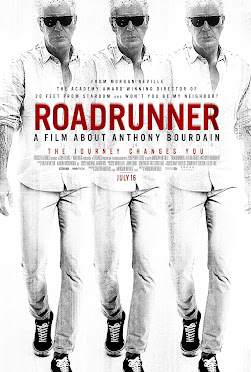 "The Journey Changes You." Anthony Bourdain was a lot of things: chef, author, travel host, punk philosopher, iconoclast, and reluctant figurehead, to name a few. He was thrust onto the international stage in 2000 with a tell-all book, Kitchen Confidential , that quickly rose through the ranks of the bestseller list. This led to talk show appearances, and then to a new career as the host of a travel show with food and culture under the microscope. Before anyone would have expected, Bourdain's frank, no-b.s. attitude, coupled with an intense and deeply-analytical interest in the world around him, created a superstar. Hundreds of hours of television and multiple books were produced over the next 18 years. On June 8, 2018, Bourdain committed suicide in France, seemingly in reaction to tabloid reports that his lover, film director Asia Argento, was seeing someone else. The story had come to a shocking, tragic end.   Or had it? Does his death define that story, or can we exami
4 comments
Read more
More posts