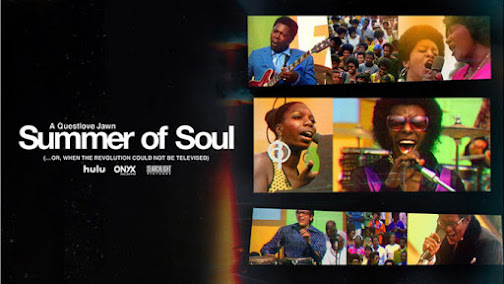 1969. Thousands gather peacefully to hear the music they love performed by some of the record industry's boldest and brightest talents, as well as to celebrate a sense of community and pride in who they are, where they have come from, and most importantly, where they are going. But the venue is not Woodstock, it's the Harlem Cultural Festival, a six-week, summer-long concert series that celebrated African American music, culture, and pride.  Part documentary, part concert film,  Summer of Soul ( ...Or When the Revolution Could Not Be Televised )   uses bold visuals and powerful music to take us back over 50 years ago to a music festival that has been largely forgotten by history. There are no multi-record collections, no box sets of the wonderful music performed and captured during the performances. As the film shows through new interview footage featuring those who were there--both in the audience and on the stage--many who were in attendance had begun to wonder if the event w
Post a Comment
Read more
More posts