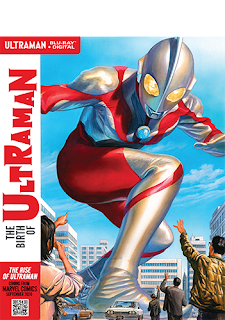 Mill Creek Entertainment has just announced The Birth of Ultraman Collection for Blu-ray release on Ultraman Day, which is July 10, 2020! The set will present some of the best episodes from the original Ultraman show with a choice of original Japanese with English subtitles or English dub! The set will ALSO contain THE BIRTH OF ULTRAMAN, a pre-premiere special that is the very first appearance of Ultraman and would serve as the introduction of the character to the world. The pre-premiere special debuted on July 10, 1966, one week before the Ultraman TV series launched. The artwork for the Blu-ray set comes from Alex Ross and will also be featured on THE RISE OF ULTRAMAN comic book which will be released this September in collaboration with Marvel Comics and Tsuburaya Productions. From Mill Creek Entertianment's press release, the following episodes will be included in the set:  Episode 1 – ULTRA OPERATION NO. 1 – The story begins as the heroic alien Ultraman pu
Post a Comment
Read more
More posts