Laurel & Hardy: The Definitive Restorations Headed to DVD and Blu-ray This June! 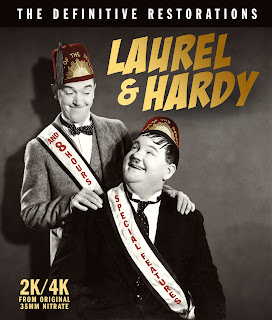 Kit Parker Films has announced Laurel & Hardy: The Definitive Restorations  for DVD and Blu-ray release on June 16, 2020! The collection features 17 shorts and two feature films, all of which have been restored from 2K and 4K scans of the best 35 mm sources that exist worldwide. The restorations have been completed in conjunction with the UCLA Film and Television Archive. Perhaps most notably, the 1927 silent Laurel & Hardy film The Battle of the Century is making its video debut in this collection after having been lost for 90 years! In addition to the 17 shorts and two feature films, there will be eight hours of exclusive extras, including commentaries, thousands of rare photos and documents, audio and film interviews with co-workers of Stan Laurel and Oliver Hardy, and a full restoration of the only surviving color film, The Tree in a Test Tube . The restored shorts in the collection are: Berth Marks , Brats , Hog Wild , Come Clean , One Good Turn , Helpmates , th
Post a Comment
Read more 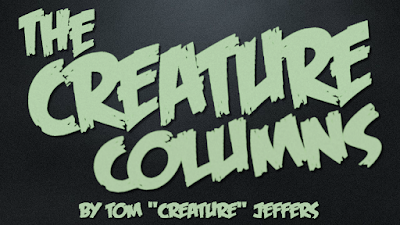 Few games have had the power of Life is Strange . (I may review that here at some point.) However, the focus of this review is to showcase something that grew out of the game in an unexpected way. Anyone who has played Life is Strange would most likely agree that the music in the game is almost a character. It sets the atmosphere and contributes to the power of the story. However, this review is not about that music either. Confused? Please let me introduce you to an independent artist that created an entire album that was inspired by the game. Koethe is an independent artist that writes and plays music that the game Life is Strange inspired. However, this is more than just a fanboy effort. The deep folksy music that this man creates is a perfect match to the game. In many cases it surpasses the original soundtrack.
Post a Comment
Read more
More posts