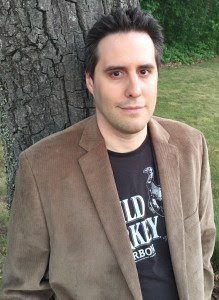 Under the Blade and Microscope: Wherein author-screenwriter Matt Serafini dissects physical media, standouts of streaming services, and Mike Flanagan’s film adaptation of Stephen King’s Doctor Sleep, with comics writer Josh Jabcuga. (Note: The following interview was conducted via email, beginning in early November 2019, and wrapping up February 7 th , 2020.) JOSH JABCUGA: Over on your Twitter account (@MattFini) you encouraged your readers to support Mike Flanagan's film adaptation of the Stephen King novel Doctor Sleep when it had just been released theatrically. One of those tweets struck a chord. Your comments went viral, even catching the attention of Stephen King himself, who then quote-tweeted you. This film had so much going for it, if nothing else than being a sequel to, in my opinion, a classic King novel and a classic horror film. As if the sheer potential wasn't enough, you said: "Flanagan stages an incredible adaptation that somehow bridges TW
Post a Comment
Read more
More posts