I Still Believe in Angels by Eric Grigs 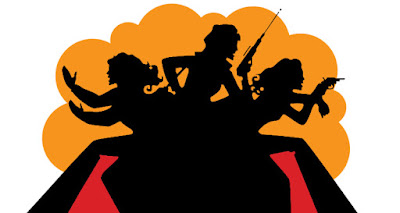 With the Mill Creek Blu-ray release of the original series that ran for five seasons and 110 episodes from 1976 - 81, we get to experience all the ass kicking and hair flipping of Charlie’s Angels in glorious high definition. Despite the network brass initially not having faith in a show with three female leads, it was a ratings juggernaut right out of the gate. America found itself in the grips of Angel fever—and at its peak in the late 70s, it was unstoppable. The appeal cut across demographics: women wanted to look like the Angels, men wanted to be with them. The hair, makeup, and fashion budget for each episode was astronomical. Critics would derogatorily describe the show as “jiggle TV”—peddling sex and style over substance. And while our Angels do spend plenty of screen time in bikinis, there was much more at play here than simply depicting beautiful women as objects—just look to the opening credits. Of course they were beautiful, but in a time when the system only saw them
Post a Comment
Read more