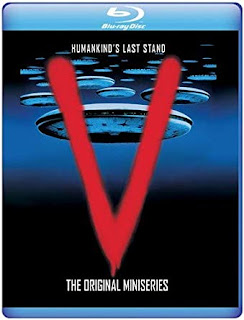 "Humankind's last stand!" In the realm of modern science fiction,  V  remains a beloved and continually-relevant concept. In fact, an entire franchise has sprung forth from the mind of writer/producer/director Kenneth Johnson. Through a variety of projects spanning two miniseries and two full television shows, not to mention a series of novels that continue the adventures, V continues to endure as a rousing ode to the human spirit. Warner Archive has now released the complete original miniseries that started it all on Blu-ray. The two-part event, which first aired on NBC on May 1st and May 2nd, 1983, still feels like a big deal, all these years later. The new disc allows us to look back with fresh eyes, thanks to a fantastic HD widescreen transfer that conveys just how cinematic V was and is. The miniseries combines hard-hitting performances with the best '80s special effects available to tell a story that would have been just as fitting on the silver scr
Post a Comment
Read more
More posts