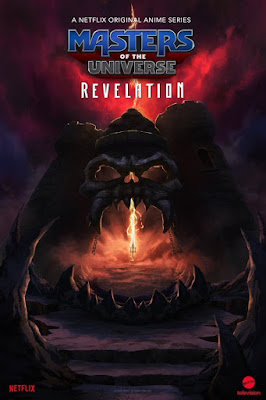 By the power of Grayskull, He-Man is coming back to the small screen! The news was broken over the weekend at this year's Power-Con, a convention celebrating all things He-Man and She-Ra. During a panel in which Kevin Smith interviewed Rob David, the vice president of Mattel TV, Smith announced that the battle between Eternia's forces of good and evil would be returning to animation via a new series on Netflix. The title of the show is Masters of the Universe: Revelations , and Smith has been tapped to head the series as the executive producer and showrunner. According to Smith, the show picks up where the adventures of the classic 1980s series ended, exploring unresolved characters, stories, and events from the classic  He-Man and the Masters of the Universe toy-inspired cartoon that dominated the 1980s.
Post a Comment
Read more

In this latest Five Minute Review, we discuss Blinded by the Light, the new movie from Gurinder Chadha, the director of Bend It Like Beckham! The movie, which is based on a true story, is a love letter to the music of Bruce Springsteen from perhaps an unlikely source. Heath and Bree discuss the movie, somehow compare The Boss to Pepsi, and make lots of CONNECTIONS. Tramps like us, baby we were born to run!
Post a Comment
Read more
More posts